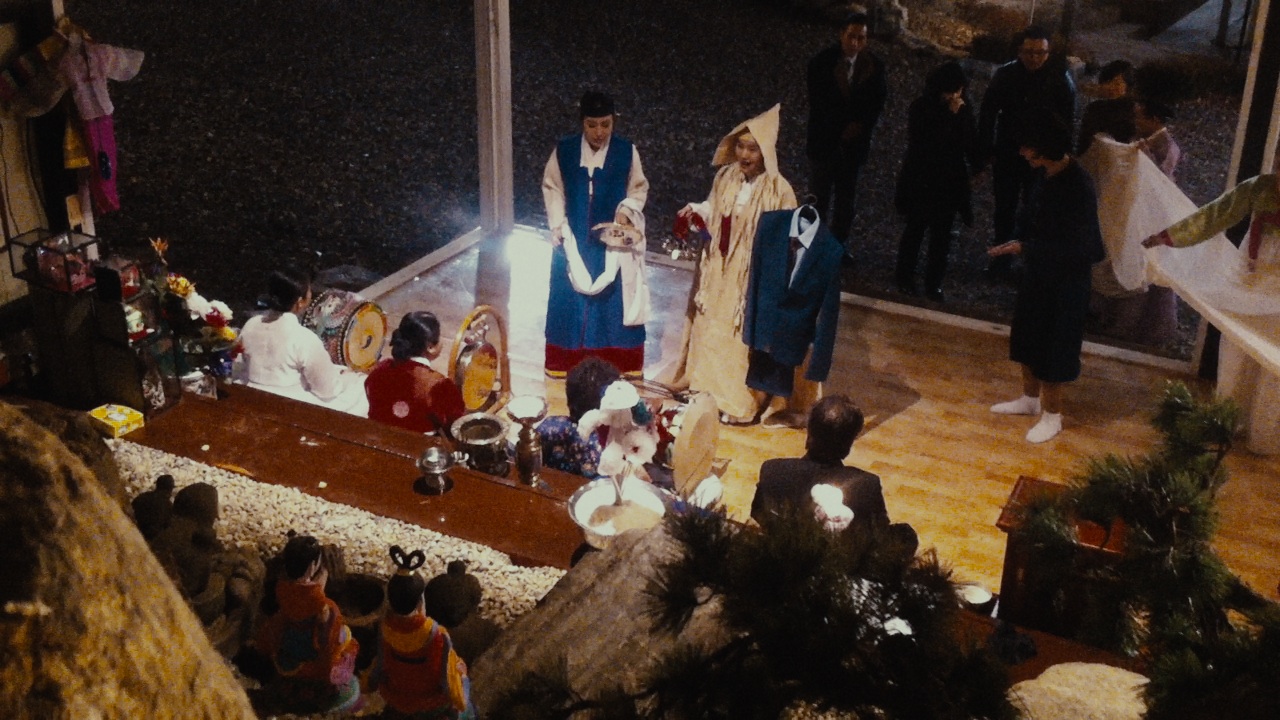 Selected works are chosen and discussed by artist and filmmaker Park Chan-kyong which engage with topics of the spiritual aspects of nature.

This workshop and screening is part of the Education and Public Programme of Joan Jonas: They Come to Us without a Word.

Park Chan-kyong is an artist and filmmaker based in Seoul, South Korea. His subjects have extended from the Cold War to traditional Korean religious culture, from “media-oriented memory” to “regional utopian imaginations.” He has produced media based works such as Manshin (2013), Night Fishing (2011, co-directed with Park Chan-wook), Anyang Paradise City (2011), Radiance (2010), Sindoan (2008), Flying (2005), Power Passage (2004), and Sets (2000). He has won various prizes including Hermès Korea Misulsang (2004), Golden Bear Prize for short films at the Berlin International Film Festival (2011) and Best Korean Film of the Jeonju International Film Festival (2011).