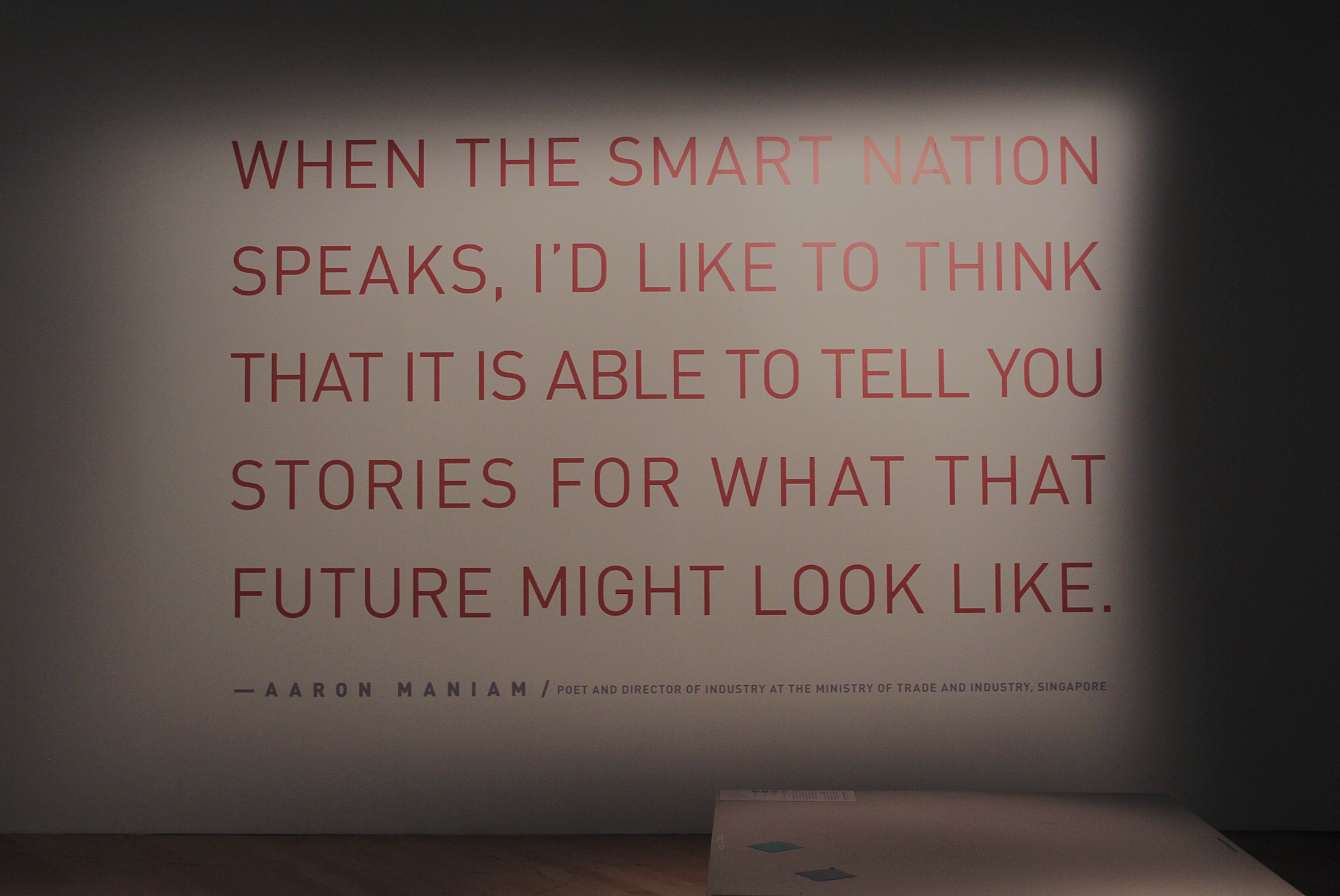 Who Speaks the Smart Nation? A Conversation with Aaron Maniam and Stephanie Chok, moderated by Artist-in-Residence Ho Rui An

Moving beyond the idea of a “Smart City”, the Singapore government has recently spearheaded the “Smart Nation” initiative that aims to create a data-driven network that can enhance citizens’ lives and foster stronger communities. However, in invoking the “nation”, the Smart Nation risks forsaking the unstable and heterogeneous demographics of the global city with a sizeable transient population. This includes the almost one million low-wage workers whose lives are made vulnerable by the excesses of transnational capitalism and whose data are often missing, falsified or withheld. If among the vaunted merits of the Smart Nation is its ability to enable the people to “speak”, what are the conditions that govern the legibility of speech as such? How does one decide what counts as data and what counts as noise?

Aaron Maniam and Stephanie Chok will address these questions from their respective points of view in a conversation organized and moderated by Artist-in-Residence Ho Rui An.


Stephanie Chok (Singapore) holds an M.A. in Development Studies. She completed her PhD at Murdoch University, Western Australia, writing her dissertation on temporary migrant workers in Singapore. Her thesis was awarded the second prize in the 2013 Asian Studies Association of Australia (ASAA) Presidents’ awards for the best theses on Asia. For many years, Stephanie has volunteered with local migrant worker organisations, such as Transient Workers Count Too (TWC2) and Humanitarian Organization for Migration Economics (HOME).

Aaron Maniam (Singapore) is a civil servant by profession, a poet by calling, an educator and facilitator by choice. He served as Deputy Director of the government's Strategic Policy Office (2009-2011). In 2010, he was appointed Head of the newly-formed Centre for Strategic Futures where he worked on analysing trends that could impact Singapore in the long-term (20 years or beyond) and trained other public officers in the complex science of “scenario planning”. He has conducted workshops on possible futures at the National Youth Council Academy and the National University of Singapore's Scholars Programme.

Ho Rui An (Singapore) is an artist and writer working in the intersections of contemporary art, cinema, performance, and theory. His work investigates the emergence, transmission and disappearance of images within contexts of globalism and governance. His recent research addresses questions surrounding liberal hospitality, participatory democracy, and speculative futures. His work has been recently presented at the 2nd Kochi-Muziris Biennale, India; TPAM Performing Arts Meeting in Yokohama, Japan; Serpentine Gallery, United Kingdom; NUS Museum, Singapore; QUT Art Museum, Australia. He is the Singapore desk editor for ArtAsiaPacific and has contributed to numerous publications.