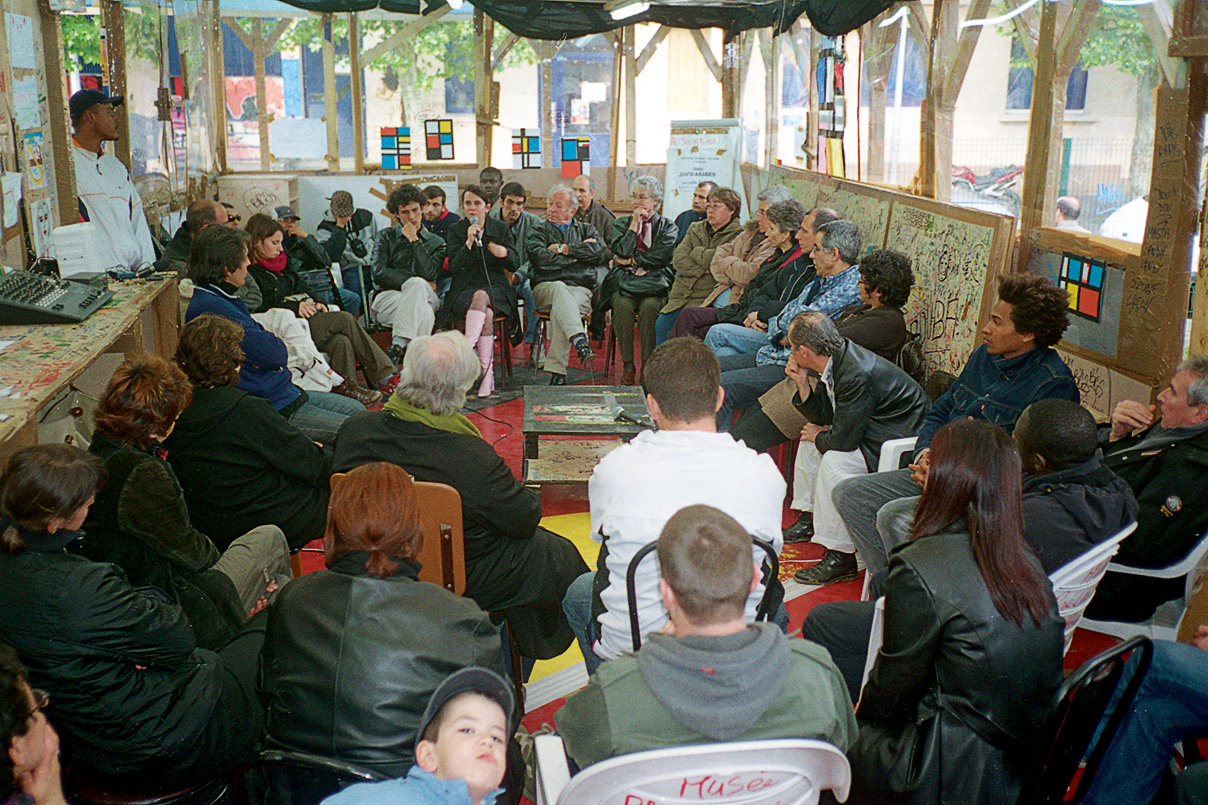 Brianne Cohen’s talk will focus on the image of The Burning Car in relation to Thomas Hirschhorn’s (Switzerland/France) socially engaged artworks, from his neighbourhood pieces to his recent installation, Flamme éternelle (Eternal Flame, 2014), at the Palais de Tokyo in Paris. The artist’s socially-oriented artworks model and instantiate preventive publics, a term employed by Cohen in order to mark not only their bringing together of diverse strangers, but also their calling for durational, self-organised, and non-exclusionary relations among such strangers in order to prevent violence. Much of Hirschhorn’s gallery-based work assaults viewers with generalised, graphic documentation of conflict and death. Yet it is his socially engaged pieces that, at their core, respond with sociohistorical specificity to the image and underlying slow violence (Rob Nixon) of the burning car—or in other words, the violence of economic precarity, racism, ghettoisation, and police harassment in the marginalised suburbs of major European cities. Hirschhorn’s summer-long, neighbourhood installations negotiate between diverse local and international publics and offer a more positive, alternative framework for circulating discourse concerning such stigmatised groups in the larger public domain. Ultimately, their form of political activism is preventive, making their immediate public impact less direct or quantifiable but their long-term repercussions more meaningful.

Brianne Cohen (United States) is an Assistant Professor at the University of Colorado, Boulder. Her research focuses on contemporary art in the public sphere, and particularly, art engaged with concerns of global migration, postcolonial histories, political violence, and environmentalism. She is currently completing a book entitled Preventive Publics: Contemporary Art and the Idea of Europe, which examines art practices that model and instantiate plural publics among masses of strangers in order to prevent sociopolitical violence in 21st-century Europe. She also recently co-edited an anthology, The Photofilmic: Entangled Images in Contemporary Art and Visual Culture (Leuven University Press and Cornell University Press, 2016).