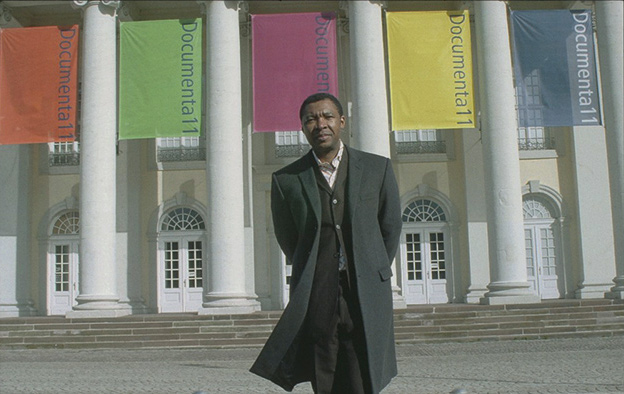 Early this year, internationally renowned Nigerian curator Okwui Enwezor passed away. Among his many ground-breaking curatorial endeavours, Documenta11 (Kassel, Germany, 2002) is regarded as foundational in the history of contemporary global art exhibition and the access of non-Western art in the Western institutional art mainstream. As the artistic director of Documenta11, Enwezor formed an internationally integrated curatorial team. Professor Ute Meta Bauer will talk about her experience, as one of the appointed curators, at Documenta11 and her close working relationship with Okwui Enwezor. The talk will be followed by a discussion with students from NTU ADM’s Master of Arts in Museum Studies and Curatorial Practices programme, that will address their experience at the Biennale Jogja XV 2019.

Ute Meta Bauer (Germany/Singapore) is the Founding Director of the NTU CCA Singapore, and Professor, School of Art, Design and Media, NTU, Singapore. Previously, she was Associate Professor in the Department of Architecture at Massachusetts Institute of Technology (MIT), Cambridge, where she also served as Founding Director of the MIT Program in Art, Culture, and Technology (2005–13). For more than three decades, Bauer has curated exhibitions and presentations, connecting contemporary art, film, video, and sound through transdisciplinary formats including Documenta11 (2002), 3rd Berlin biennale for contemporary art (2004), and the US Pavilion for the 56th Venice Biennale (2015).

Dr Marc Glöde (Germany/Singapore) is a curator, critic and film scholar. He is currently an Assistant Professor, School of Art, Design and Media, NTU, Singapore and Co-Director of the Master of Arts in Museum Studies and Curatorial Practices. He received his PhD at The Free University Berlin (FU Berlin). He taught at the Academy of Fine Arts in Dresden, FU Berlin, Academy of Fine Arts Berlin, and as Assistant Professor at the ETH Zürich. He curated the exhibition “STILL/MOVING/STILL – The History of Slide Projection in the Arts” at Knokke, Belgium. He was a senior curator of Art Film, Art Basel’s film program from 2008 – 2014. He was co-editor of Umwidmungen (2005), Synästhesie-Effekte (2011) and his writings are widely published.

Rubén de la Nuez (Cuba/Singapore) is an art theorist and art critic specialising in contemporary visual arts. He is currently a Lecturer at the School of Art, Design and Media, Nanyang Technological University, Singapore. He holds an MA in Art History from the University of Havana, Cuba. He was a UNESCO Research Fellow at the Theory Department, Jan van Eyck Academy, Maastricht, The Netherlands. He has taught in graduate and post-graduate programmes in a number of academic institutions, including the University of Havana, Cuba; the Sichuan International Studies University, China; the University of Twenthe, Enschede, The Netherlands; and the Sotheby’s Institute of Art, Singapore.