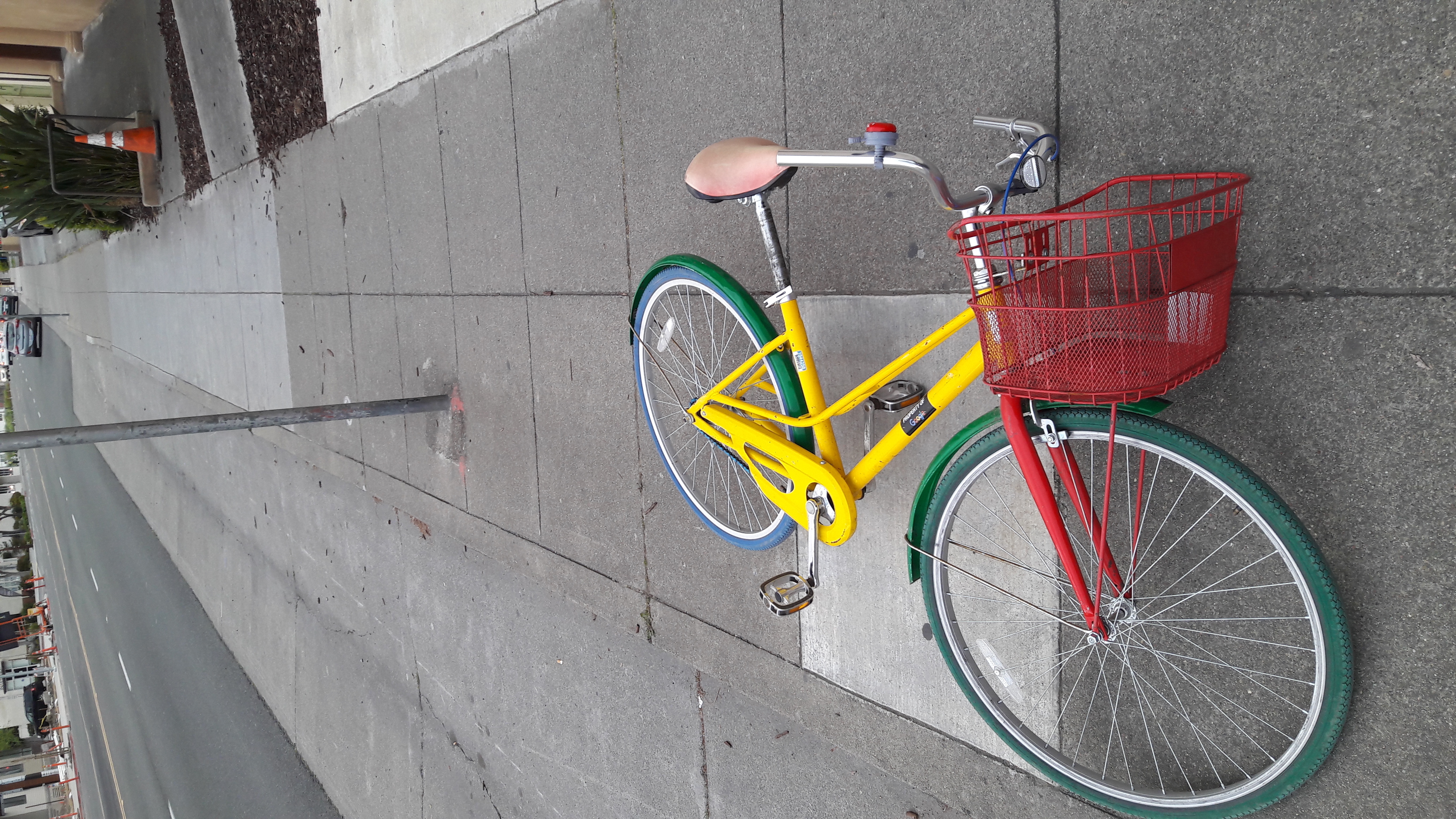 2.15 – 3.00pm
Lecture: On Garages and Genes, or the rise and fall of the California ideology
by Hallam Stevens, Associate Professor, School of Biological Sciences, NTU

Much of today’s biotech was created in the image of Silicon Valley. The first genetic engineers emerged in California in the 1970s and the industry continues to bear the imprint of its origins. But Silicon Valley’s attitude towards technology is coming under increasing pressure—the world is beginning to push back against “tech bros” and social media monopolies. What does this mean for bioscience? Could we perhaps find other ways of working with and manipulating biomatter and living things that move beyond the worlds of venture capital, startups, and IPOs? Could such models even provide clues for new ways of living with others in the Chthulucene?

With practices at the intersection of art and activism, Irene Agrivina and inhabitants will share more about their works, on view in the Exhibition Hall and the Lab respectively. While Agrivina teaches local women communities in Indonesia how to transform wastewater into valuable goods, inhabitants informs a wider public about the threats of seabed mining. Environmental researchers Dr Serina Abdul Rahman and Dr Janelle Thompson will present their findings on floral and faunal marine communities, as well assustainable and ecological solutions regarding natural resources.

Nicholas Mangan will work through some of the research and histories that have informed the development of his project Termite Economies (phase 1), on view in The Posthuman City. The Australian Commonwealth Scientific and Industrial Research Organisation (CSIRO) researched termite behaviour in the hope that the insects might one day lead humans to gold deposits; a proposal to exploit the natural activity of termite colonies for economic gain. This anecdote compelled Mangan through both the production of the artwork and broader research to explore insect stigmergy, trophallaxis, automated mining ant colony optimization algorithms, cement pheromones, biometric futures, Termodoxia, superorganisms, and neural network rerouting.

Irene Agrivina (b. 1976, Indonesia) is an open systems advocate, technologist, artist, and educator. She is a graduate of the Graphic Design faculty at the Indonesia Institute of Art (ISI), and the Culture and Religion Master Program at Sanata Dharma University in Yogyakarta. As a founding member and current director of HONF (House of Natural Fiber), a Yogyakarta-based new media and technology laboratory created in 1998, Agrivina runs its Education Focus Programme (EFP) which focuses on the application and practical use in daily life of collaborative, cross-disciplinary, and technological actions responding to social, cultural, and environmental challenges. She has participated in numerous festivals such as re:publica, Transmediale, Pixelache, Mal Au Pixel, New Museum Triennial, and APAP 5. She has also exhibited her work and given lectures around the world in cities such as Vienna, New York, Paris, London, Tokyo, Berlin, Prague, and Singapore. In 2013 she co-founded XXLab, an all-female collective focusing on arts, science, and free technology as a second generation of HONF’s spin-off communities. Their project Soya C(o)u(l)ture (2014) was crowned a winner of the 2015 Prix Ars Electronica awards, a prestigious European Commission-supported competition for cyberarts in Austria.

Ute Meta Bauer (Germany/Singapore) is the Founding Director of the NTU CCA Singapore, and Professor, School of Art, Design and Media, NTU, Singapore. Previously, she was Associate Professor in the Department of Architecture at Massachusetts Institute of Technology (MIT), Cambridge, where she also served as Founding Director of the MIT Program in Art, Culture, and Technology (2005–13). For more than three decades, Bauer has curated exhibitions and presentations, connecting contemporary art, film, video, and sound through transdisciplinary formats including Documenta11 (2002), 3rd berlin biennale for contemporary art (2004), and the US Pavilion for the 56th Venice Biennale (2015).

inhabitants (Portugal/United States) is an online channel for exploratory video and documentary reporting. Founded in New York in late 2015 by visual artists Mariana Silva and Pedro Neves Marques, inhabitants produces and streams short-form videos intended for free, online distribution. All episodes are available at www.inhabitants-tv.org, as well as on Vimeo, YouTube, Facebook, and Instagram.

Nicholas Mangan (b. 1979, Australia) is a multi-disciplinary artist who lives and works in Melbourne. He is senior lecturer at Monash University. Through a practice bridging drawing, sculpture, film, and installation, Mangan creates politically astute and disconcerting assemblages that address some of the most galvanising issues of our time; the ongoing impacts of colonialism, humanity’s fraught relationship with the natural environment, and the complex and evolving dynamics of the global political economy. His recent solo exhibitions include Limits to Growth, Monash University Museum of Art (MUMA), Melbourne, the Institute of Modern Art (IMA), Brisbane, Kunst-Werke Institute of Contemporary Art, Berlin, Dowse Art Museum, Wellington (2016); Ancient Lights, Chisenhale Gallery, London, (2015); Some Kinds of Duration, Centre for Contemporary Photography, Melbourne, (2012). His work has been included in major international exhibitions including Biennale of Sydney(2018); Let’s Talk About the Weather: Art and Ecology in A Time of Crisis, Guangdong Times Museum, Guangzhou (2018); 74 million million million tons, Sculpture Center, New York (2018); The National 2017: new Australian art, AGNSW, Sydney (2017); 4.543 BILLION. The Matter of matter, CAPC, Bordeaux, (2017); New Museum Triennial: Surround Audience, New York (2015); 9th Bienal do Mercosul, Porto Alegre (2013); and the 13th Istanbul Biennial (2013).

Laura Miotto (Italy/Singapore) is Associate Professor at the School of Art, Design and Media (ADM) at Nanyang Technological University, and co-chair of the MA programme in Museum Studies and Curatorial Practices at ADM. She is also Design Director of GSM Project in Singapore, an international firm specialised in exhibition design originating from Montréal, Canada. With 20 years of experience in the design field, both as a creative director and an architectural designer, Miotto has worked on exhibitions focusing on heritage interpretation and sensorial design strategies in the context of museums, thematic galleries, and public spaces.

Dr Karin Oen (United States/Singapore) is Deputy Director, Curatorial Programmes, NTU CCA Singapore, leading the team in exhibitions, residencies, and public programmes. Most recently, she was Associate Curator of Contemporary Art at the Asian Art Museum, San Francisco. Before that, Dr Oen was Curator at the Crow Museum of Asian Art in Dallas, where she also held teaching positions at the University of Texas. Dr Oen holds a PhD from Massachusetts Institute of Technology in history, theory and criticism of art and architecture, MA in modern art history, as well as a degree in urban studies from Stanford University.

Dr Serina Abdul Rahman (Singapore/Malaysia) is a conservation scientist and environmental anthropologist. Her research interests lie in human, floral, and faunal marine communities, as well as their interaction and preservation. She specialises in sustainable development and education; community empowerment; environmental issues; and innovations; including development for urban and rural poor. In 2004, she moved to Malaysia to dedicate her time to marine environmental organisations and island/coastal communities. In 2009, she co-founded Kelab Alami, a community organisation in a fishing village in Johor to empower the community through environmental education for habitat conservation. Since 2015, the programme evolved to focus on community capacity-building.

Hallam Stevens (Australia/Singapore) is Associate Professor of History in the School of Humanities at Nanyang Technological University and the Associate Director of the NTU Institute of Science and Technology For Humanity. He is the author of Life out of Sequence: a data-driven history of bioinformatics (Chicago, 2013), Biotechnology & Society: an introduction (Chicago, 2016), and the co-editor of Postgenomics: Perspectives on Life After the Genome (Duke, 2015). At NTU he teaches courses on the history of the life sciences and the history of information technology.

Dr Janelle Thompson (United States/Singapore) is an environmental microbiologist whose research and teaching drive towards careful stewardship of energy and water. Her ongoing work harnesses bacteria as indicators of water quality and for bioproduction of renewable fuels. She holds graduate degrees from Stanford University and MIT and is newly appointed as an Associate Professor at the Asian School of the Environment, NTU, and Principal Investigator (PI) at the Singapore Centre for Environmental Life Sciences Engineering. In previous roles she taught Environmental Engineering at MIT and was Associate Director and PI at the Singapore-MIT Alliance for Research and Technology.