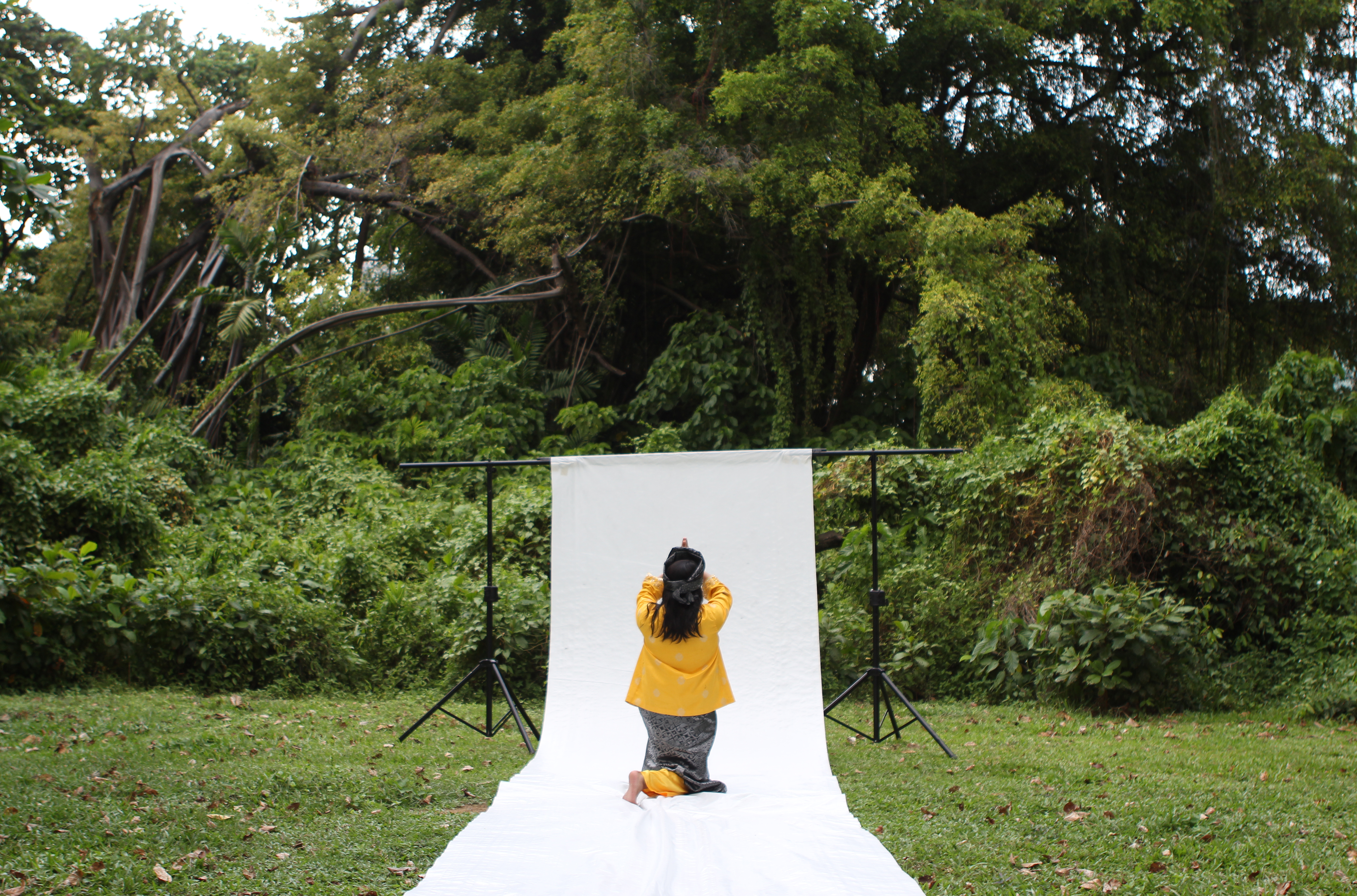 A play on the word from the Malay phrase “hutan” which means “forest”, Hutang Belantara –The Expansive Debt is a multi-disciplinary mono-drama centred around a seed of discord, owning and owing, and the fallen.

This Staging is part of the public programme of Amar Kanwar: The Sovereign Forest.

The Playwright / Director Irfan Kasban (Singapore) is a freelance theatre-maker who writes, directs, designs and at times perform. The former Associate Artistic Director of Teater Ekamatra, Irfan was responsible for mentoring MEREKA , its youth incubation programme; works such as Hantaran Buat Mangsa Lupa (M1 Fringe Festival 2012) and 94:05 (KakiSeni Festival 2013); main season shows This Placement (2012), TAHAN (2013), A Beautiful Chance Encounter of a Sewing Machine and an Umbrella on an Operating Table (2014), The Wasteland (2014), ANA (2015), and most recently, Trees, A Crowd (Twenty-something Festival 2016).

The Production Designer Akbar Syadiq (Singapore) is a designer crossing mediums and materials and space and discipline. He collaborates to realise process and idea.

The Actor Faizal Abdullah (Singapore) is an actor and theatre practitioner. In 2005, he obtained a Diploma in Theatre Arts from LASALLE College of the Arts, Singapore. He then pursued further training with Young & W!ld, and In A Decade – Cake Theatrical Productions’ training programme. He has since performed with companies such Act3 Theatrics, STA GES , Panggung Arts, TheatreWorks, Cake Theatrical Productions and The Theatre Practice. Last year, he performed in Chestnuts 50 and the Singapore Golden Jubilee tribute film 7 Letters (Eric Khoo’s Cinema). Faizal is also a drama educator and currently serves as the Artistic Director of the theatre collective Hatch Theatrics.