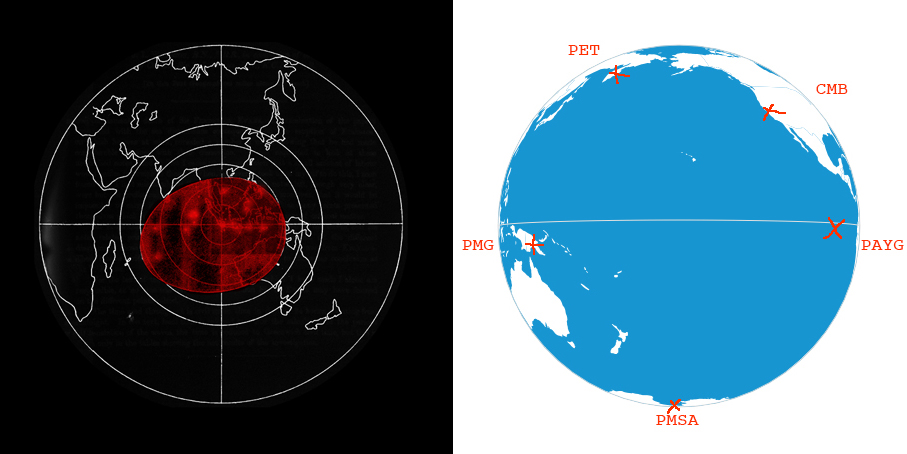 The sonic emanations of the natural world play an important role in the artistic practice of both Carlos Casas and Florian Dombois. Capturing elephant infrasounds and seismic recordings of the Pacific Ocean, the artists push the boundaries of our sensorium, delving into sonic phenomena that go beyond the range of human hearing. Opening up alternative ways of listening to the planet, the conversation addresses several instances of “sonifying the invisible.” It will be followed by a Listening Session during which mysterious bird calls and the magnetic sound fields of the ionosphere will take us on an aural journey from the deep underwater trenches of the Ring of Fire to a remote elephant sanctuary.


Carlos Casas (Spain) is a filmmaker and visual artist currently based in Paris whose work cuts across cinema, documentary filmmaking, visual arts, and sound research. His works have been featured in major international film festivals and presented at venues such as Tate Modern, London, United Kingdom (2017); Fondation Cartier, Paris, France (2017); Bozar, Bruxelles, Belgium (2012) and HangarBicocca, Milan, Italy (2010), amongst many others. As part of his NTU CCA Singapore Residency Casas is researching the 1883 eruption of the Krakatoa Volcano and the wide range of visual and aural phenomena it engendered.

Florian Dombois (Germany) studied Geophysics and Philosophy and is currently a professor at Zurich University of the Arts, Switzerland. His interdisciplinary practice focuses on time, models, landforms, liabilities, wind and tectonic activity, scientific and technical fictions, as well as on their various representational and media formats. In 2017, his work was shown at the Research Pavilion, Venice, Italy. In 2010, he received the German Sound Art Award.