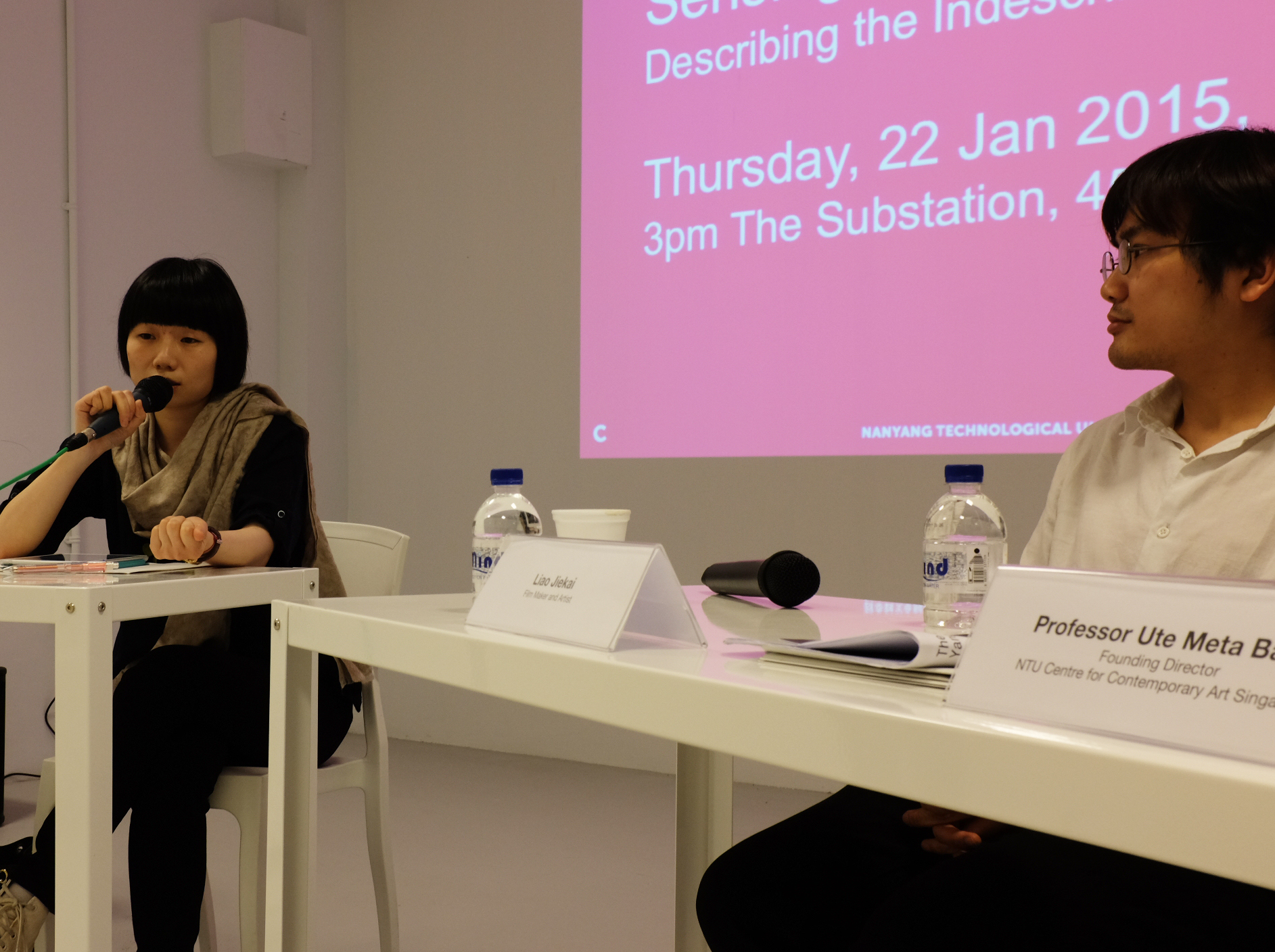 Sensing Film takes participants on a two-part journey that will test the audience’s perceptual capacity. This programme will span two venues. Participants are required to stay throughout the programme and will be shuttled between venues. Departure point: Marina Bay Sands Expo and Convention Centre

The programme will conclude with a roundtable discussion at NTU CCA Singapore with a distinguished panel of speakers to discuss the phenomenology of the cinematic.

Liao Jiekai is a filmmaker and artist based in Singapore. He co-founded film collective 13 Little Pictures in 2009 and made his debut feature film Red Dragonflies in 2010, which won the Special Jury Prize at the Jeonju International Film Festival. He was also the recipient of the Young Artist Award for Film in 2012. In 2013, his 16mm film installation Brother’s Quarters received the Credit Suisse Artist Commissioning Award at the President’s Young Talent Exhibition, through which he presented a video installation Bukit Orang Salah at the Singapore Biennale 2013. Liao lives and works in Singapore.

Aimee Lin is a writer whose practice ranges from art and cultural criticism, editing to curating.  Apart from art/artist books and catalogues (Heidi Voet, Liang Yue, Gao Weigang and Lee Kit), her recent writings are regularly published on ArtReview, ArtReview Asia and FTChinese.com. As a curator, she has been working with young Chinese artists including Yu Honglei, Lei Benben and many more, and is now working on a project with Berlin-based Timur Si-Qin.  As an editor, she has been working with the British art magazine ArtReview since 2013, and founded its sister magazine ArtReview Asia. Prior to this, she was the founding editor of LEAP (2009-2012). Lin currently lives and works in Shanghai.