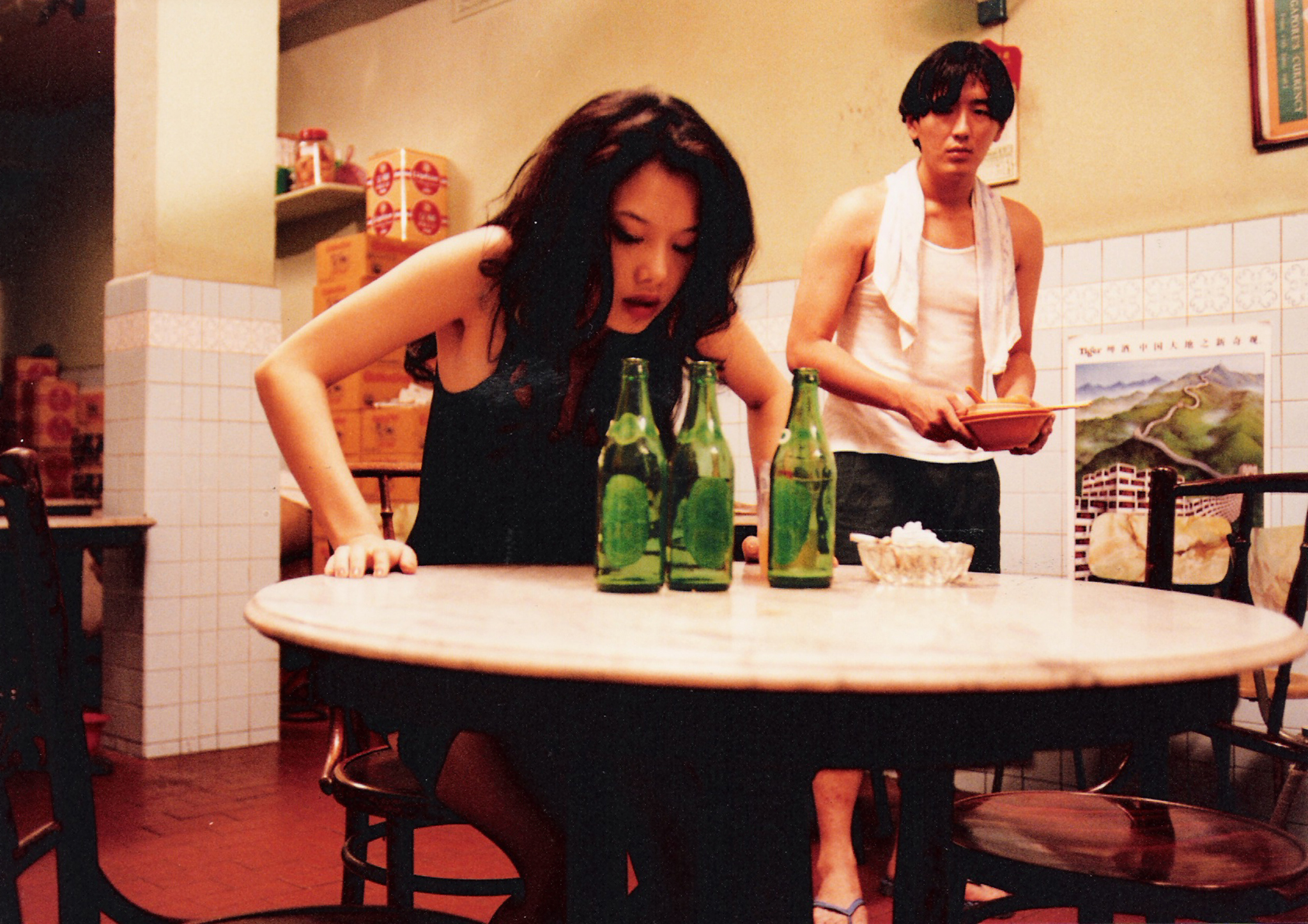 Re-shaping the City of Singapore and creating its new appearance has not only an influence on how we experience the city on a direct everyday basis, it has also influenced the films and images that are produced in Singapore and in so far globally changed the visual idea of the city. These changes of the urban experience have been very prominent in classical narrative films from Singapore, which lead the focus of attention to interesting new social aspects of the new city. The series Meet me in the City will take a look at some of these film classics and provide the opportunity to re-encounter some of these landmark Singaporean films.

Based on a short story by late writer Damien Sin, Mee Pok Man follows a lonely mee pok seller as he pines for Bunny, a prostitute who dreams of a better life. An untimely accident brings them closer, building into a relationship that is at once tender, heart-wrenching and surreal at the same time. In 2015, the film was restored by the Asian Film Archive and presented at the 26th Singapore International Film Festival.

This film is rated M18. Audience will be required to verify age at the door. The screening of this film is supported by Asian Film Archives, Singapore.

The film depicts a day in a HDB block of residential flats in Singapore with all the action occurring within a 24-hour period. There are essentially three main storylines: Ah Gu, a middle-aged man brings home a pretty young wife from China, and struggles to cope with her overly high expectations. San San lives alone with only suicide on her mind. A meeting with the daughter of her mother’ s former employer, Rachel, acts as a trigger for an outpouring of sadness. With their parents away, upright but overbearing eldest brother Meng (Koh Boon Pin) takes the opportunity to lord it over his rebellious younger sister, Trixie (Lum May Yee) and little brother Tee (Roderick Lim). Meng’ s persistent interest in Trixie’ s personal life leads to first, an interrogation, then an argument, and ultimately something far more explosive.

Ah Boy, the anti-hero, leads a gang of arcade-playing, motorcycle-riding, rooftop-gathering young cronies. The street-corner gangs are not sophisticated like organised criminals, but they have their own brand of honour. Petty fights are common, and so are motorcycle challenges. But when his best friend Ah Gu chances upon drugs and borrows from loan sharks, their friendship put to a test, as the challenges that they face become more and more dangerous.

Eating Air filmmakers Kelvin Tong and Jasmine Ng will be in attendance.

Encompassing two generations of the middle-class Loh family, Singapore Dreaming tracks the family’s trials as its members chase their dreams. The son and the apple of his father’s eye, Seng, returns from his studies in USA to a devoted girlfriend and to family pressure of getting married and making a name for himself. His sister, Mei, married to an emasculated husband and expecting, has never been able to let go of the parental neglect she feels she has suffered. Their parents, Poh Huat and Siew Luan, have over the years fallen into a routine of banal preoccupations – nagging and domestic chores on her part; fantasies about amassing material possessions on his. When the patriarch wins the lottery, everyone rests their hopes on the windfall delivering them from their struggles. They soon discover that their dreams remain elusive and that the pleasures derived from material wealth are as transitory as the possessions themselves.


Eric Khoo (Singapore) was the first Singaporean filmmaker to have his films invited to major film festivals in Berlin, Venice and Cannes. He was awarded the Chevalier de I’Ordre des Arts et des Letters in 2008. His feature My Magic (2008) was nominated for the Palme d’Or at the Cannes Film Festival, 2008. In 2015, his 6th feature film, In the Room premiered at the Toronto International Film Festival.

Dr Marc Glöde is an independent curator, critic and film scholar. He studied film studies, comparative literature and Dutch philology at the Free University in Berlin where he also received his PhD. Dr Glöde has curated numerous exhibitions and film programmes since the mid-1990s, and was the curator of Art Basel Film (2008-2014), and the curator/senior advisor of the abc Berlin (2010-2012). Previously, he was an Assistant Professor in the Department for Architecture at the ETH Zürich as well as a research fellow at the Heinrich-Heine-University, Düsseldorf. Dr Glöde is currently a Visiting Research Fellow at NTU Centre for Contemporary Art Singapore.