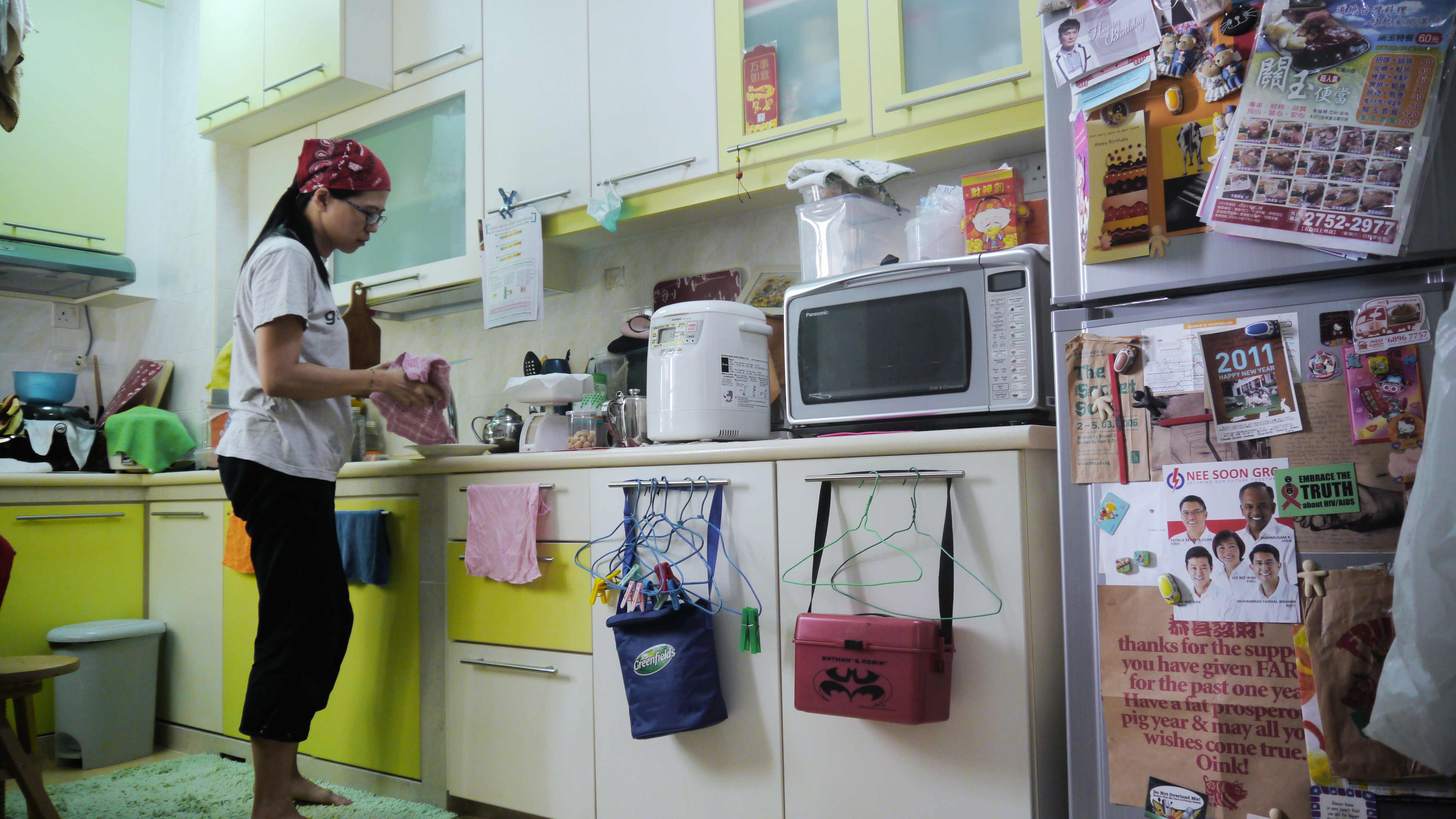 Singapore’s public housing programme—an inclusive space that prioritises families and intergenerational living—is arguably the most successful in the world. Amidst this backdrop, 03-FLATS follows the domestic experiences of three single women who are at different stages of their lives. Looking from within each flat, the architectural essay film moves between the women’s distinctively lived interiors and the ordered public spaces beyond. It records how domestic resilience might resist the ennui of mass housing, turning housing into home. 03-FLATS is a key filmic output of a research initiative led by Dr Lilian Chee (Department of Architecture, NUS). Chee conceptualised the project and made the architectural essay film in collaboration with award-winning Singaporean director and filmmaker Lei Yuan Bin (13 Little Pictures). The film probes how domesticity—a critical component wherein home is produced—may be viscerally represented and experientially encountered.

Building Dreams is an eight-part documentary that explores the development of Singapore’s built heritage. The series features key architects and planners who have played an important role in the shaping of Singapore’s present cityscape.

The screening of this film is supported by XTREME Media Pte Ltd. For more information, visit www.xtreme.com.sg or www.facebook.com/xtrememediaasia


Lei Yuan Bin (Singapore) is a founding member of the film collective 13 Little Pictures. He was conferred the Young Artist Award in 2012 by the National Arts Council. 03-FLATS, his sophomore feature was selected for documentary competition at the prestigious Busan International Film Festival. FUNDAMENTALLY HAPPY, his third feature, was co-directed with Tan Bee Thiam, featuring the cinematography of Christopher Doyle.

Dr Lilian Chee (Singapore) is an Assistant Professor in the Department of Architecture at the National University of Singapore (NUS). Trained in architectural design, history, and theory, her research interests intersect architectural representation, domesticity, gender, and affect. Dr Chee conceptualised and researched on the award-winning architectural essay film 03-FLATS (NUS and 13 Little Pictures, 2014) which has been shown in 12 cities. She was also co-editor of Asian Cinema and the Use of Space (Routledge, 2015). Her current book project looks at affect and architectural discourse in the Singapore context.

Dr Marc Glöde (Germany/Singapore) is an independent curator, critic and film scholar. He studied film studies, comparative literature and Dutch philology at the Free University in Berlin where he also received his PhD. Dr Glöde has curated numerous exhibitions and film programmes since the mid-1990s, and was the curator of Art Basel Film (2008-2014), and the curator/senior advisor of the abc Berlin (2010-2012). Previously, he was an Assistant Professor in the Department for Architecture at the ETH Zürich as well as a research fellow at the Heinrich-Heine-University, Düsseldorf. Dr Glöde is currently a Visiting Research Fellow at NTU Centre for Contemporary Art Singapore.