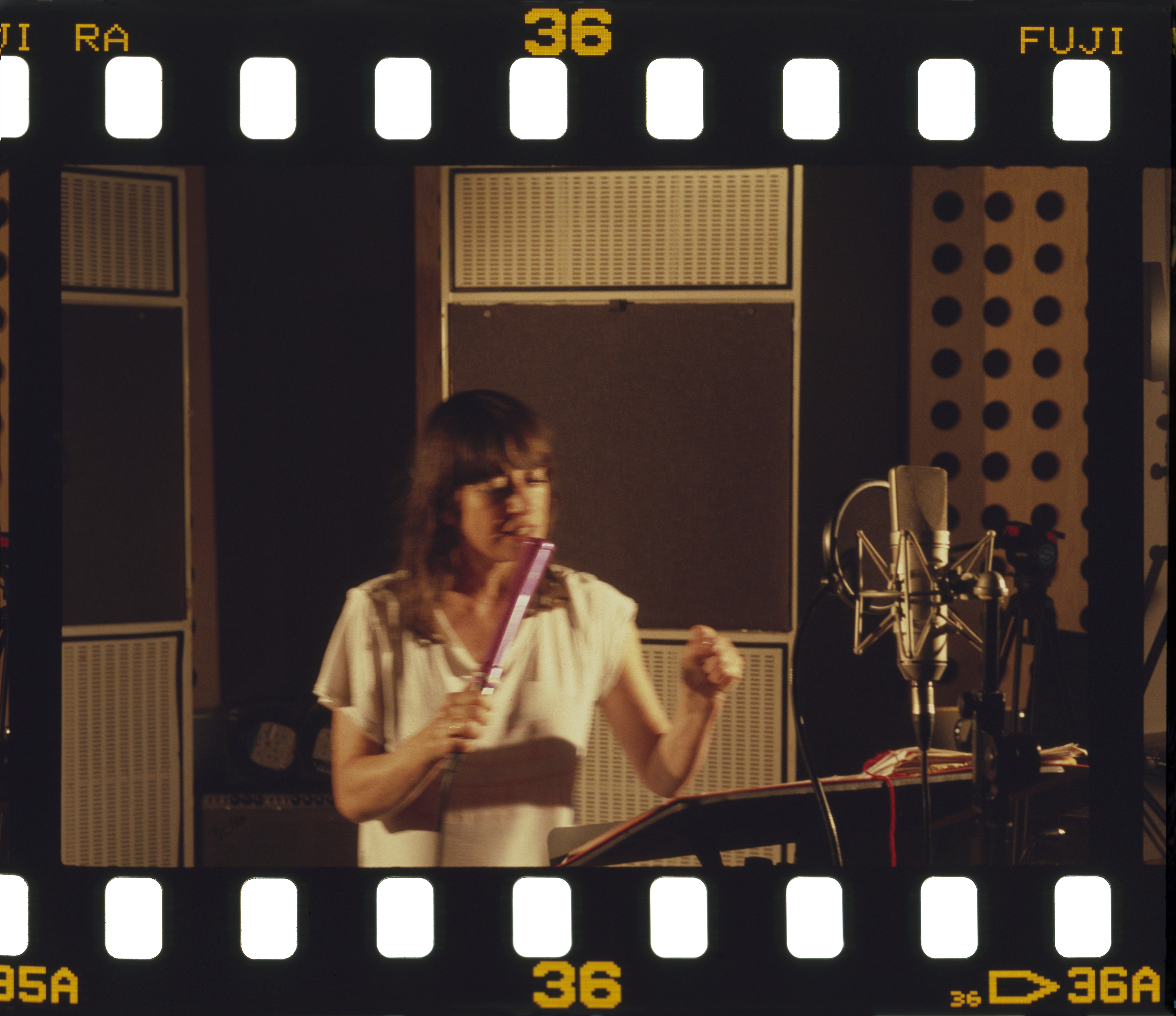 Videos will be shown on a continuous loop during opening hours over the course of Stagings. Soundings. Readings. Free Jazz II.

In Digital Specimens: Pointcloudfallout an offscreen dialogue, set in the near future, unfolds on the politics of scanning artefacts and monuments into 3-D. Amidst the consequences of climate change and war, the two characters discuss how digital copies unsettle repatriation claims and colonial tensions under the pretext of digital conservation.

Deep Alamat is a compelling narrative concerning two mythic figures, “OO” and “Beige Cantrell,” drawn from the artists’ collective imaginations. Shoulder’s OO is from his series of Fantastic Creatures that feature sculptural costumes and are animated in live performance, video, and photographic works. OO’s patterns are a form of Aposematism (warning colouration). OO performs a gestural dance drawing from animal signals and carnivalesque spectacle. Initially inspired by a one-hit-wonder pop star, Beige Cantrell derives from Ra’s obsession with digital failure, internet hype, software intelligence, and the online secondary experience. Ra’s understanding of movement, body control, and precision allows for his character to physically represent ideas of recognition software as he scans, detects, and aligns his body accordingly.

Club Ate is a Sydney-based collective founded by artists Justin Shoulder and Bhenji Ra (both Philippines/Australia), who draw from their own experiences and personal relationships as queer, bi-cultural Filipino-Australians in their art making. Justin Shoulder works in performance, sculpture, and video. His main body of work, Fantastic Creatures, comprises invented beings and alter-personas based on interpretations of mythology, folktale, and fantasy. These creatures are embodied through movement and elaborate, hand-crafted costumes and prostheses, forging connections between queer, migrant, spiritual, and intercultural experiences. Bhenji Ra is an interdisciplinary artist who reframes performance through a combination of dance, choreography, video, and installation. Her work is often concerned with the dissection of cultural theory and identity. She uses spectacle and her own personal histories to explore themes of race, sexuality, and gender, giving voice to hidden and marginalised communities, and suggesting alternative modules of community.

Ultraviolet explores the issues of perception and phenomenology at the intersection of nature and technology. The film is divided into three parts that correspond to the musical structure and composition. The film was conceived as an ongoing dialogue with its soundtrack composed by Michael Pisaro. The relationship between the cinematic image and the live sound is an experiment in a tradition of expanded cinema. It starts with very high frequencies in the first part, later working its way down into the guitar range. The film addresses the aura of representation through the video footage of various landscapes such as waterfalls, trees, and mountains, both in high- and low-res.

Vladimir Erofeev (1898–1940) was a pioneer of expedition cinema in the Soviet Union, advocating for increased attention and investment in edifying non-fiction films made to win the interest of broad audiences. In summer 1927, a trek to the mountainous Pamir region, known as the “Roof of the World,” in present-day Kyrgyzstan and Tajikistan, was organised by the Sovkino studio in co-operation with the Geological Committee. Erofeev worked with prominent geologist Dmitrii Nalivkin and ethnographer Mikhail Andreyev, who had both extensively researched the area and contributed to the planning for the crew’s journey. The film starts off in Moscow, the symbolic centre of the new empire, leading through Samara and Orenburg, to Tashkent and Osh, and further on to the Pamir Mountains of Central Asia. The film features the expedition’s progress through crossing mountain rivers, traversing snowy passes and descending into valleys in bloom, while at the same time recording the daily practices of the Krygz nomads, the religious customs of a Tajik village community, finally entering Dushanbe, observing the city life in the capital of Soviet Tajikistan. The final result demonstrates a portrait of a rich and vibrant region in which the interaction of various cultures have not yet fully streamlined to the requirements of the uniformed all-Soviet world.

Shot in 1966, while the Sun Ra Arkestra was still based in New York City (before relocating to Philadelphia in 1968), the composer and filmmaker Phill Niblock’s The Magic Sun is an obscure artefact of profound beauty. It features frenetic black-and-white footage of the band playing, and an incredible soundtrack. Its existence displays an often understated relationship between two contemporary iterations of the New York avant-garde. Considering the neglect that free jazz usually suffers in the face of its peer, the film could be considered important for that alone, being also a wonderful journey through sight and sound.

The film begins with Tompkins performing at Chem19 Recording Studio. The camera films from a multitude of perspectives, employing rhythmic pans, tilts, and opaque or reflective screens. These distorted views, combined with non-synchronised images of the performer, depart from a 70s “direct cinema” approach to filming musicians. After the ritualistic opening section, the film widens its view to locations outside of the studio. The repetition of actions (picking books from a shelf, re-arranging the contents of a fridge) suggest a searching for a threshold between the filmed image and Tompkins’ own spoken word acts. Taking cues from the performers’ hypnotic yet concrete play with words, the film creates a metaphoric, symbiotic language, where an open-ended approach to montage transcends both reductive imagery and straight documentation.

Luke Fowler (United Kingdom) is an artist, filmmaker and musician based in Glasgow. His work explores the limits and conventions of biographical and documentary filmmaking, and has often been compared to the British Free Cinema of the 1950s. Working with archival footage, photography and sound, Fowler’s filmic montages create portraits of intriguing, counter cultural figures, including Scottish psychiatrist R. D. Laing and English composer Cornelius Cardew.