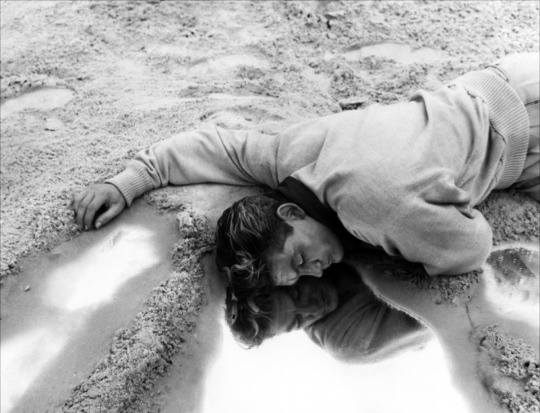 Considered one of Cocteau’s masterpieces, Orpheus updates the myth of Orpheus and depicts a famous poet, scorned by the Left Bank youth, and his love for both his wife, Eurydice, and a mysterious princess. Seeking inspiration, the poet follows the princess to the land of the dead, through Cocteau’s famous mirrored portal. Translating this Greek myth by adapting the story about love, death, and the underworld into a modern scenario allows Cocteau to resonate political questions concerning some younger historical events like war, oppression, and Nazism. This film is the central part of Cocteau’s Orphic Trilogy, the other two being The Blood of a Poet (1930) and Testament of Orpheus (1960).


Jean Cocteau (1889-1963, France) was a writer, artist, and film director and one of the most influential creative figures in the Parisian avant-garde between the two World Wars, his career spanning over 50 years. Cocteau designed posters for the Ballets Russe, and composed several opera libretti, published collections of poetry and illustrations, as well as a novel inspired by his experiences during WWI. He staged a ballet called The Ox on the Roof and directed modern adaptations of classic dramas. Cocteau wrote and directed several influential films, including The Beauty and the Beast (1946). Regarded as one of the most versatile and influential creative minds of his era, he was inducted into the Academie Française in 1955.