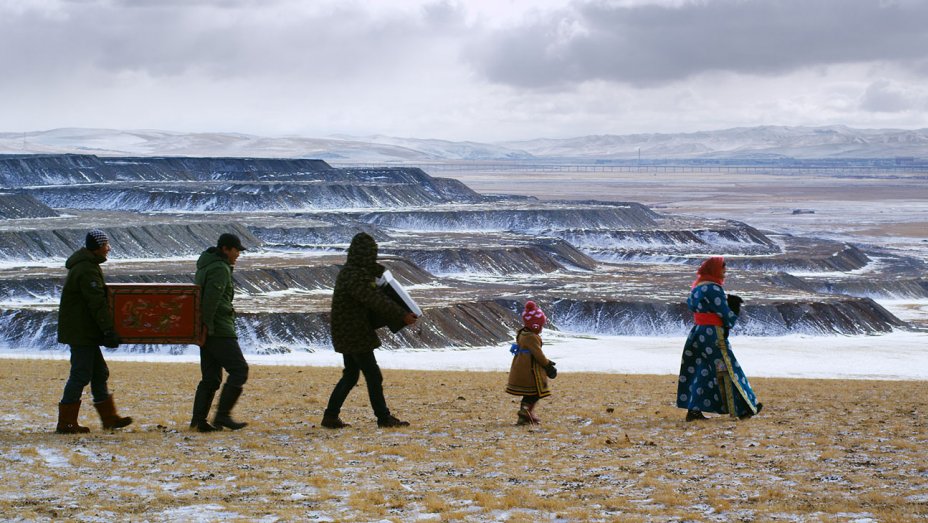 Gambut (Peat) is a meditation on the coexistence of man and environment. Entrapped in a vicious cycle of accusations, efforts in resolving the decades-long haze issues in Riau, Indonesia are becoming alarmingly futile. This short film is a juxtaposition of thoughts, anecdotes, opinions and images from affected locations.

From India to China, the fastest growing economies of the world are accumulative, exhaustive, and insatiable. The parallels of Odisha in east India can be found in the Wuhai area of Inner Mongolia; a dwindling pasture ravaged and disembowelled by the acts of toxic mining. Inspired by Dante’s Divine Comedy, Beixi Muoshou (Behemoth) projects a poetic, contemplative gaze over China’s search for a paradise, one that has ended up looking more like hell. This film is a winner of the Green Drop Award at the 72nd Venice Film Festival (2015).

This screening is part of the public programme of Amar Kanwar: The Sovereign Forest.


Lau Hong Hu (Malaysia/Singapore) is a filmmaker who graduated with a bachelor degree in Fine Art from School of Art, Design and Media, Nanyang Technological University, Singapore before embarking on a career as a cinematographer and director. Lau’s works primarily focus on the social and cultural tensions arising from rapid urban development. He has taken part in various film workshops in World Film Festival Bangkok and his films have been screened at Archifest 2013, Singapore, and Perth Film Festival, Australia. He hopes to continuemcollaborating with people from all walks of life to create meaningful and engaging projects.

Zhao Liang (China/France) graduated from Luxun Fine Art Academy in 1992. He supported himself as a photographer while working on his early documentaries. Zhao’s 2009 documentary Petition: The Court of the Complainants which looks at the legal system in China premiered at the Cannes Film Festival. The film was shot over 12 years and details the plight of Chinese citizens travelling to Beijing to file complaints with the centralgovernment about local officials. After its debut at Cannes, the film was banned in China. His 2011 film Together is about discrimination against people with HIV and AIDS in China and was commissioned by the Ministry of Health.

Thong Kay Wee (Singapore) is an independent filmmaker, arts producer and film curator. He currently works as the Outreach Officer at the Asian Film Archive (AFA). Part publicist and part programmer, he is responsible for devising strategies and programmes to propagate Asian cinema which is the AFA’s mission. His key contributions to the AFA include curating the exhibition series Celluloid Void: The Lost Films of Southeast Asia (2015, 2016) and creative product ion for the film history-cum-art tour State of Motion (2016), as part of Singapore Art Week 2016. Thong graduated with a BA (Hon) in Communication Studies from Nanyang Technological University, Singapore, specialising in Cinema Studies.

The Asian Film Archive (AFA) is a subsidiary of the National Library Board and a charity that focuses on culturally important works by independent Asian filmmakers. It preserves Asia’s rich film heritage in a permanent collection and promotes a wider critical appreciation of Asia’s cinematic works through initiating programmes like screenings and dialogue sessions. More than just a repository of  film, tape and digital materials, AFA aspires to be a hub for the film community.