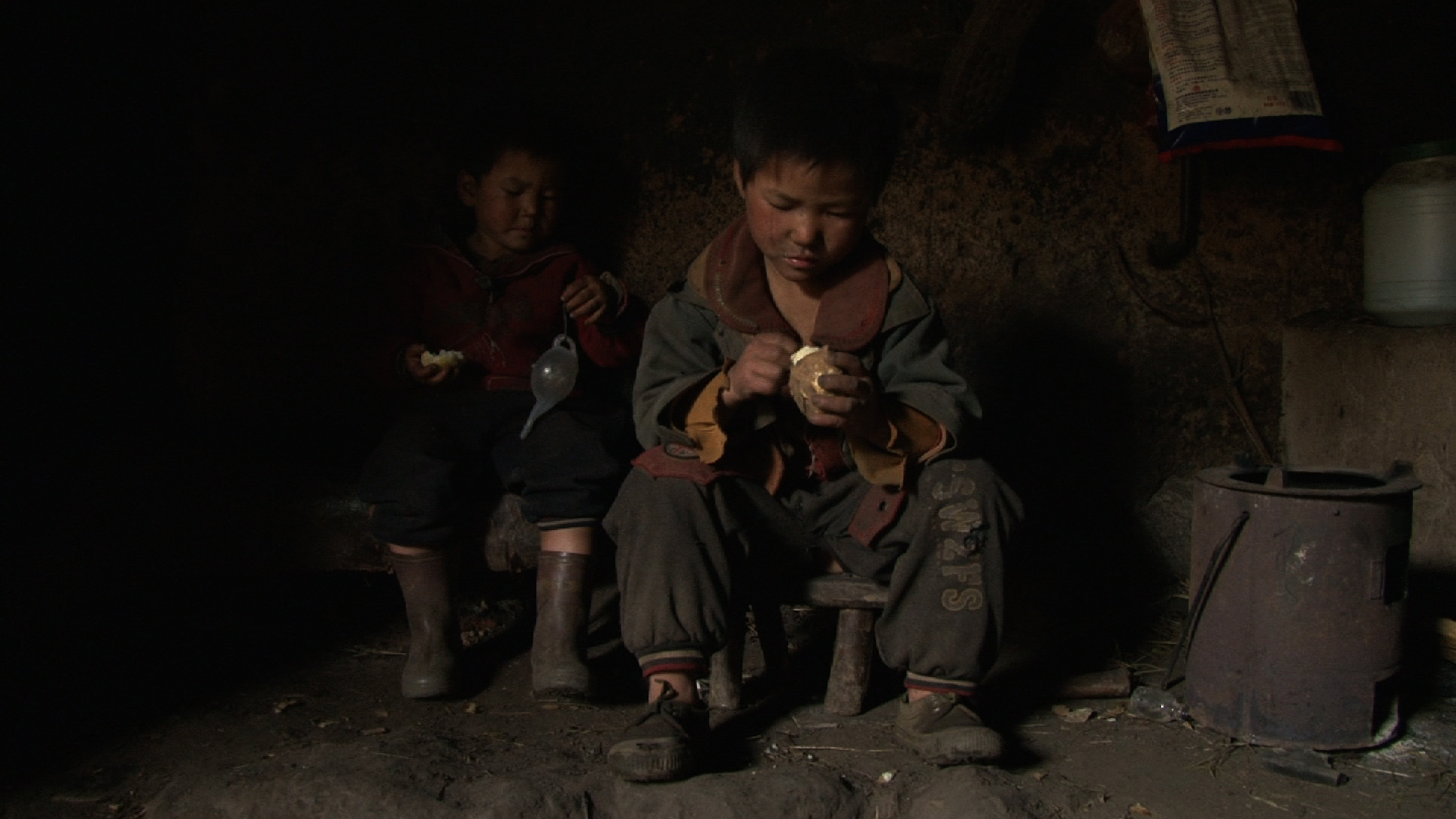 The documentary film Three Sisters tells the story of Ying (10 years old), Zhen (6 years old) and Fen (4 years old) who live alone and in extreme poverty in the high mountains of the Yunnan region. The father works in the town a few hundred kilometers away and the mother has left long ago. The little girls spend their days working in the fields or wandering in the village. Through Wang’s compassionate eye, the daily struggle of the villagers is captured, testifying to the inequality and unfairness present in the midst of the country’s economic boom.


Wang Bing (China) studied photography at the Lu Xun Academy of Fine Art and cinematography at Beijing Film Academy. He began his career as an independent filmmaker in 1999. Discovered in 2003, West of Tracks is an over 9-hour-long documentary work that encountered a great success internationally. Besides feature documentary (Three Sisters, 'Til Madness), he is also active in video installation (Crude Oil, a 14-hour film), directed several fictions (Brutality Factory, The Ditch) and started a noteworthy work in photography. His work has been selected for presentation and competition in many film festivals where he won a great number of awards. Acclaimed by critics and recognised as one of the most important Chinese artists, documentary makers and film directors of his time, he is being honoured by retrospectives of his entire work in major museum, as recently in Centre Pompidou in Paris, and soon at the Cinémathèque Royale de Belgique.

Dr Marc Glöde (Germany/Singapore) is a curator, critic, and film scholar. His work focuses on the relation of images, technology, space, and the body, as well as the dynamics between fields such as art/architecture, art/film, and film/architecture. He received his PhD from the Free University of Berlin, and has taught at the Academy of Fine Arts in Dresden, FU Berlin, Academy of Fine Arts Berlin, and ETH Zürich. He is currently Assistant Professor at the School of Art, Design, and Media, NTU, Singapore. He was invited curator for the Experimenta Festival 2007 in Mumbai/Bangalore and curator of STILL/MOVING/STILL – The History of Slide Projection in the Arts (Belgium). Other curatorial projects include his work for art berlin contemporary, (Berlin, 2010-2012), (Re-)locating the Self (Hamburg), Filmic Reflections on the Document (Bonn), Tom Marioni – Actions (Berlin) and Tadeusz Kantor (Edinburgh/Berlin), and he was senior curator of Art Film at Art Basel's film programme (2008-2014). He is co-editor of Umwidmungen (2005), Synästhesie-Effekte (2011) and author of Farbige Lichträume (2014). His writing has been published in Fantom, Osmos, Texte zur Kunst, Parkett, Art in America and X-TRA Magazine, among others.