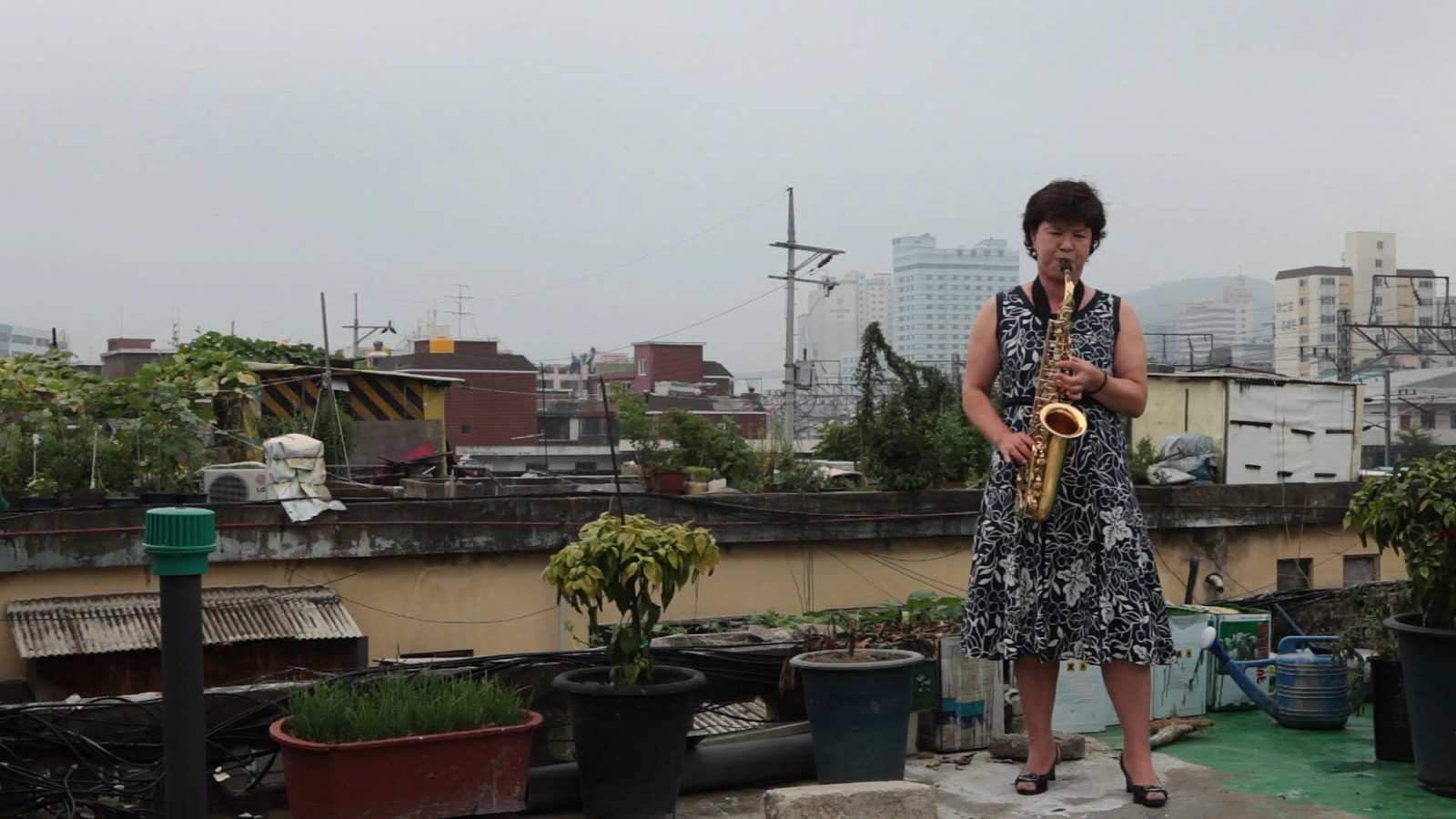 Park’s first full-length feature film, Anyang, Paradise City is a mix between documentary and fiction, inspired by a seldom-remembered incident during the Olympic Games in 1988, where 22 female workers were killed in a fire in Anyang. The glorious past of Anyang (a Buddhist term for “paradise”) allegedly includes the existence of a huge temple surrounded by the beautiful mountains and streams around 1000 years ago. Researching into Buddhism and the history of Anyang, Park follows the temple excavations and searches for the 500-year-old “grandma tree”. The film traces this past through the natural landscape and alludes to the future through the city’s mayoral election. As if travelling between paradise and hell, the camera hunts, rests, and plays as if dancing with the cityscape, while layering narrative, history, contemporary life, landscape/ architecture, and politics.


Park Chan-kyong (b. 1965, Korea) is a media artist, film director and writer. He graduated from Seoul National University with a BFA in Painting in 1988, and the California Institute of the Arts with a MFA in Photography in 1995. Park served as the Artistic Director of the SeMA Biennale Mediacity Seoul in 2014. His major works include Manshin: Ten Thousand Spirits (2013), Night Fishing (2011, co-directed by Park Chan-wook), Sindoan (2008), Power Passage (2004) and Sets (2000). Park’s work has been exhibited internationally in numerous solo and group exhibitions including Haus der Kulturen der Welt, Berlin (2017), Taipei Biennial (2016), Anyang Public Art Project (2016), Iniva, London (2015), Art Sonje Center, Seoul (2013), and Atelier Hermès, Seoul (2012, 2008). Park was awarded the Hermès Korea Art Award in 2004, and the Golden Bear for best short film at the Berlin International Film Festival in 2011 for Night Fishing. His works are included in the collection of major art institutions, such as the National Museum of Modern and Contemporary Art, Korea; KADIST, Paris and San Francisco; Musée des Beaux-Arts de Nantes; Leeum, Samsung Museum of Art, Seoul; Seoul Museum of Art; Gyeonggi Museum of Modern Art, Ansan; and Art Sonje Center, Seoul.