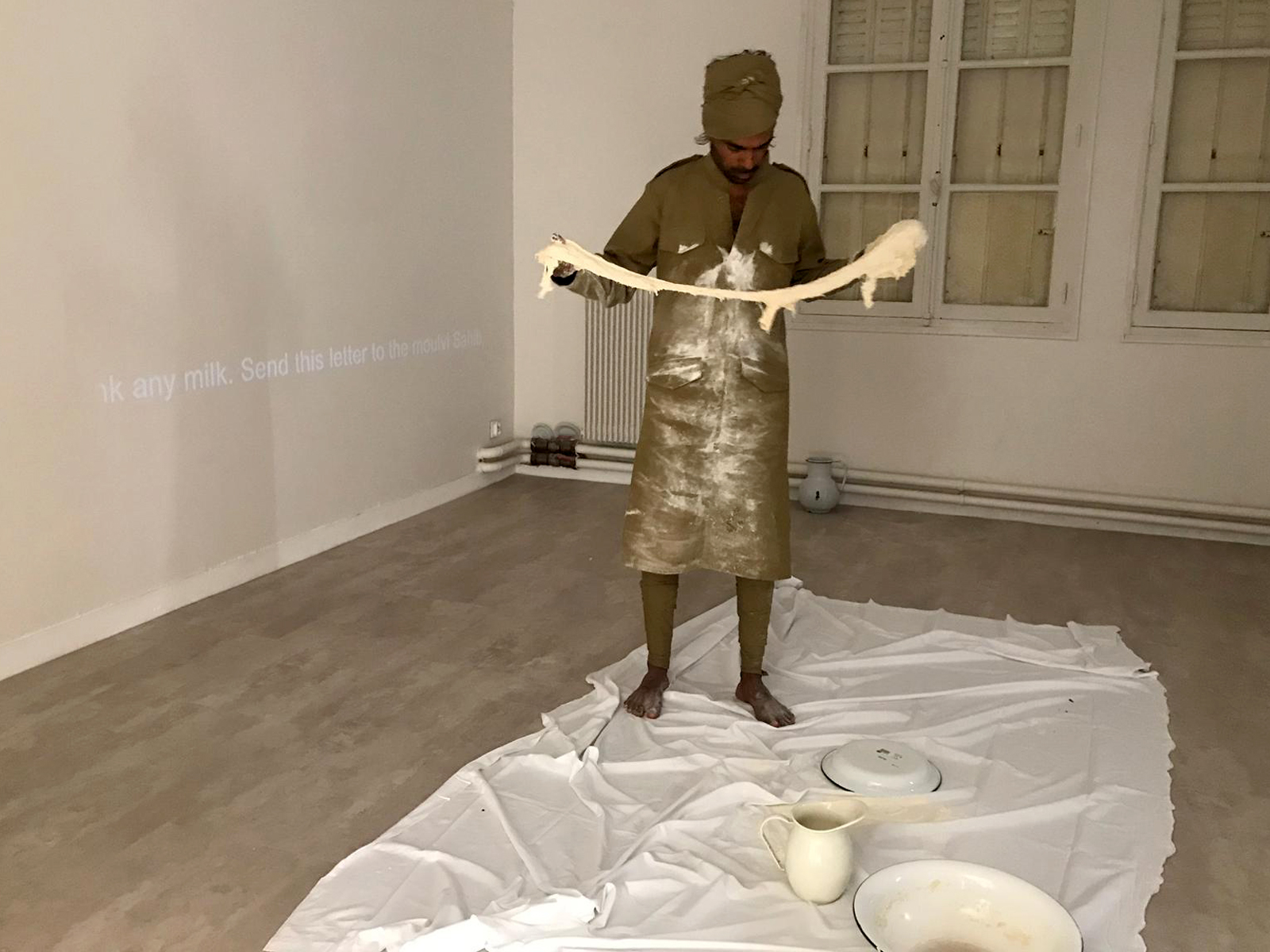 Since 1984, India and Pakistan have been guarding their territories on the Siachen Glacier claiming sovereignty over this remote zone in the Himalayas with temperatures as low as -60°C. Over the years, Baptist Coelho’s research on this glacial conflict have come to encompass manifold aspects such as the day-to-day life of soldiers and Ladakhi porters. The presentation will also touch upon the artist’s ongoing research in India’s involvement with and contribution to the two world wars through a selection of artworks that probe beyond the surface to complicate, counter, and rethink histories. In conclusion, Coelho will share his recent findings on the Rani of Jhansi Regiment and the Indian National Army (INA), two military units established in Singapore during the second world war.

The talk will take place in the artist’s studio.

Over the past decade, the practice of Baptist Coelho (b. 1977, India) has revolved around the unspoken narratives and intricate trajectories of the Siachen Glacier, a conflict zone between India and Pakistan. His work also often addresses India’s involvement in the two world wars. Through extended archival and ethnographic research, he engages a variety of subjects to probe the physical, psychological, and emotional implications engendered by conflicts, wars, states of conscriptions, and acts of heroism. His works have been exhibited internationally at JSLH Art Gallery, Sonipat, India (2019); Centre Pompidou, Paris, France (2018); and Somerset House, London, United Kingdom (2016) among other venues. Coelho was awarded the Sovereign Asian Art Prize in 2016.