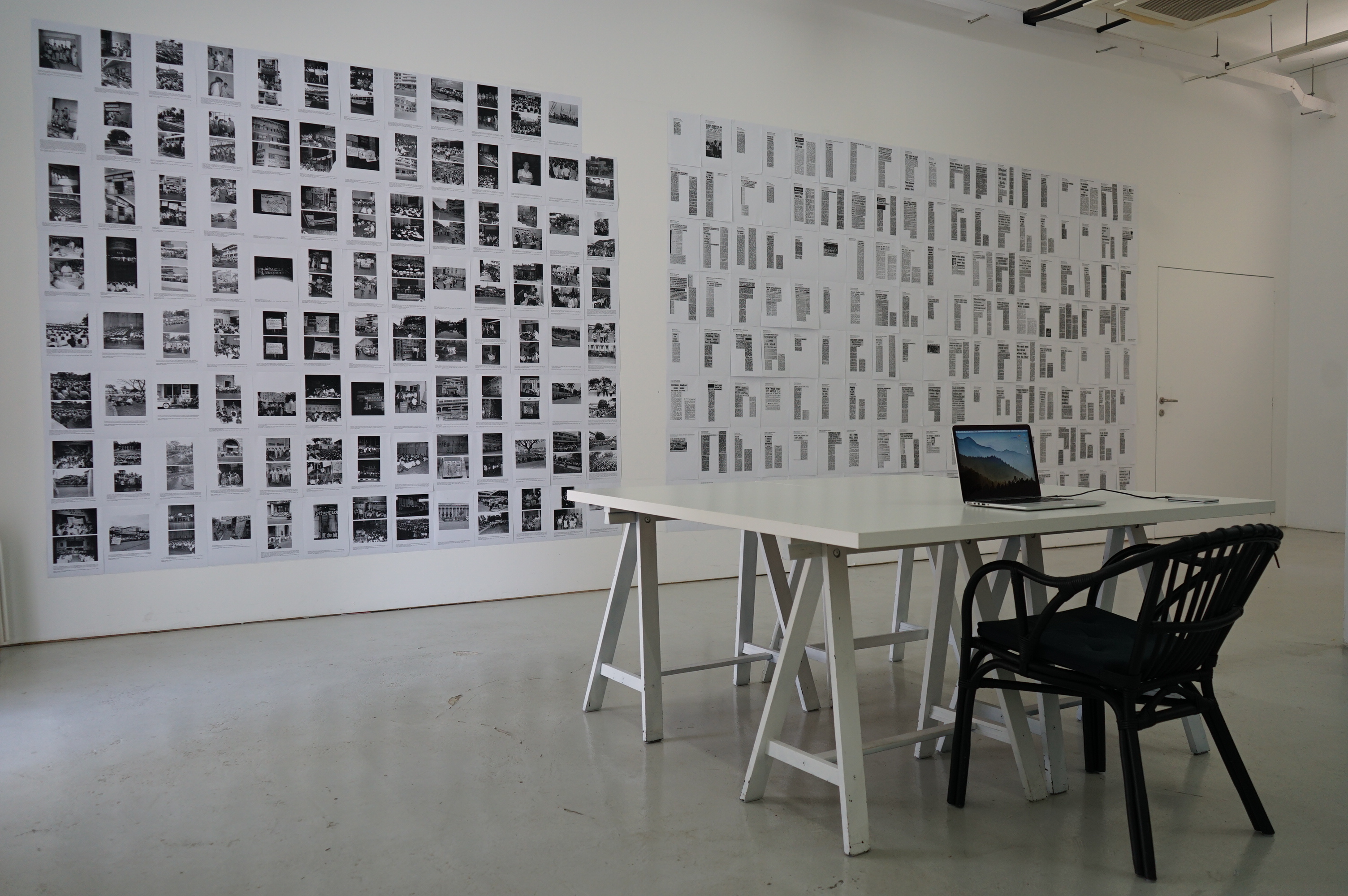 In this talk, Artist-in-Residence Green Zeng will discuss the creative process behind the making of a series which spans from participatory workshops to re-enactment strategies. He will introduce his current research project which surveys the history of public assemblies in Singapore and seeks to understand how younger generations express their opinion in the public sphere. Zeng will also present excerpts of Students Confession 1 and 2 (2018), artworks from his series TV Confessions that explores power relations embedded in the political arena through the lens of parrhesia, the act of speaking the truth.

We have reached full capacity for this event. The registration is now closed.

The works of artist and filmmaker Green Zeng (b. 1972, Singapore) address how history is written, interpreted, and disseminated. Focusing on issues such as student activism and the connection between archives, the state, and the individual, he reactivates fragments of the past and questions the artist’s role in truth-telling. His films have been presented in international festivals including the 30th Venice International Film Critics’ Week, Italy (2015) and Cannes Film Festival, France (2006) and his artworks have been included in group exhibitions at LASALLE’s Institute of Contemporary Arts, Singapore (2018, 2017); and Para Site, Hong Kong (2015) amongst other venues. His most recent solo presentation is Returning Revisiting and Reconstructing, Foundation Cinema Oasis, Bangkok, Thailand (2019).

He is Artist-in-Residence at NTU CCA Singapore from April until January 2021.