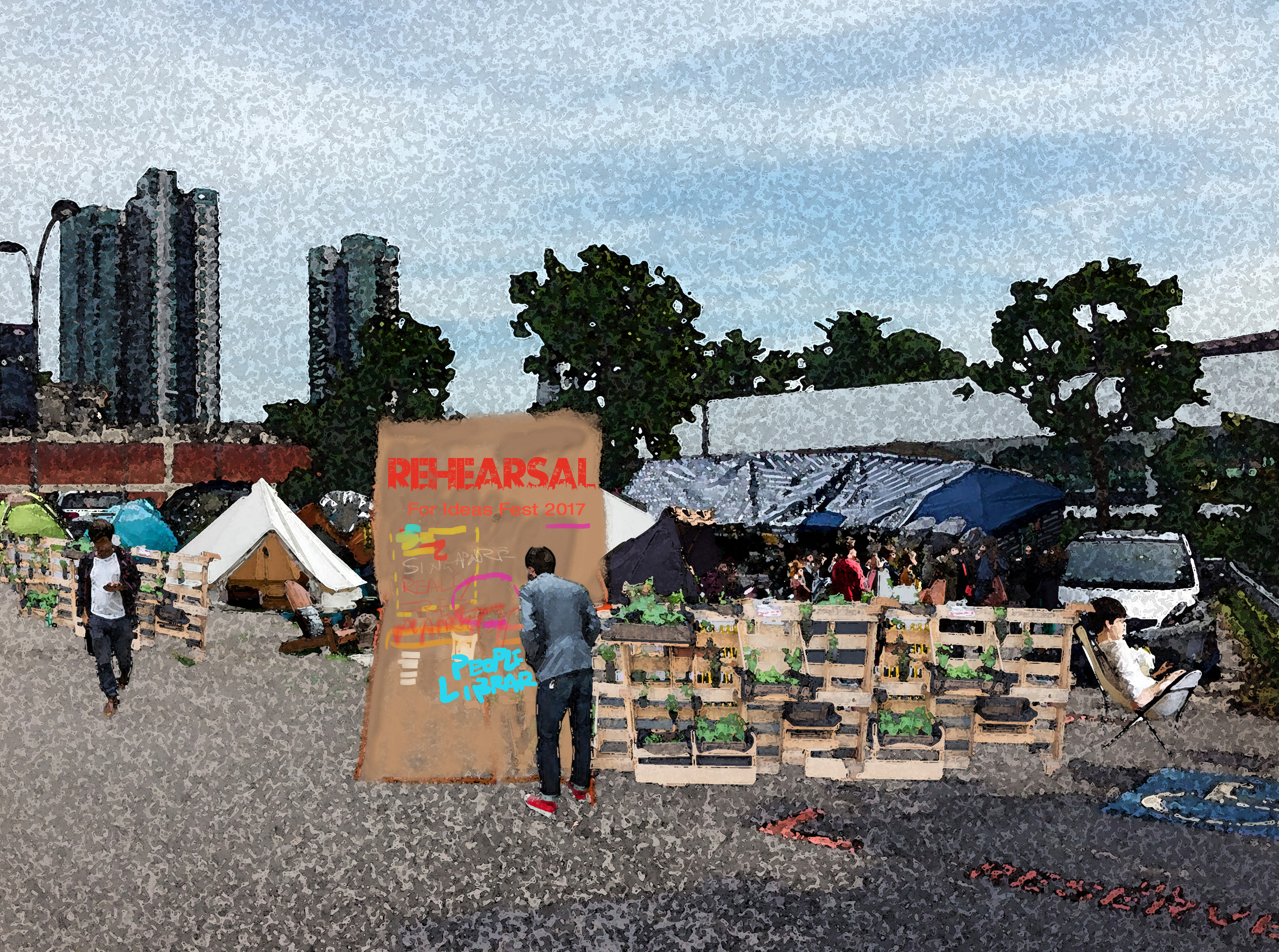 Rehearsal is a social experiment stemming from the urge to incite and foster public discussions in Singapore, addressing the city and how to organise collectively. Spaces for different groups to come together are lacking and only few opportunities exist for civil society groups and government sectors to meet and have open debates. Responding directly to the need for places that facilitate discussions and gatherings, Post-Museum‘s first Rehearsal, which took place at the Substation, invited people to spend time together and do something collectively over a 24-hour period.

Organised during CITIES FOR PEOPLE, Rehearsal is a parallel event that provides a place to further reflect on the topics discussed during the Ideas Fest, particularly in the Public Summit. This iteration of the Rehearsal will take the form of a campsite that invites the public to stay, eat, and live together over a period of three days and two nights. The space, to be built through a collective wood workshop using recycled materials from NTU CCA Singapore’s previous exhibitions, will include a kitchen, sleeping area, library, an edition of Singapore Really Really Free Market, and a meditation space. Participants are asked to shape the site according to their activities and interests throughout the event period.


Post-Museum (Singapore) is an independent cultural platform for examining contemporary life, promoting the arts, and connecting people. Their Social Practice art projects respond to its location and communities, creating micro-Utopias where participants can imagine and project cultures and worlds they desire. The Bukit Brown Index (2014-) project promotes the conservation of Bukit Brown Cemetery, not in terms of sentimental conservation, but as a struggle over Singapore's soul. Part of a worldwide movement, Really Really Free Market series (2009-) forms temporary autonomous zones based on alternative gift economy through physical manifestations of "free markets", where the fundamental economic structure is replaced by one that values "giving, sharing, and caring". Currently operating nomadically, Post-Museum organises, curates, researches, and collaborates with a network of social actors and cultural workers.