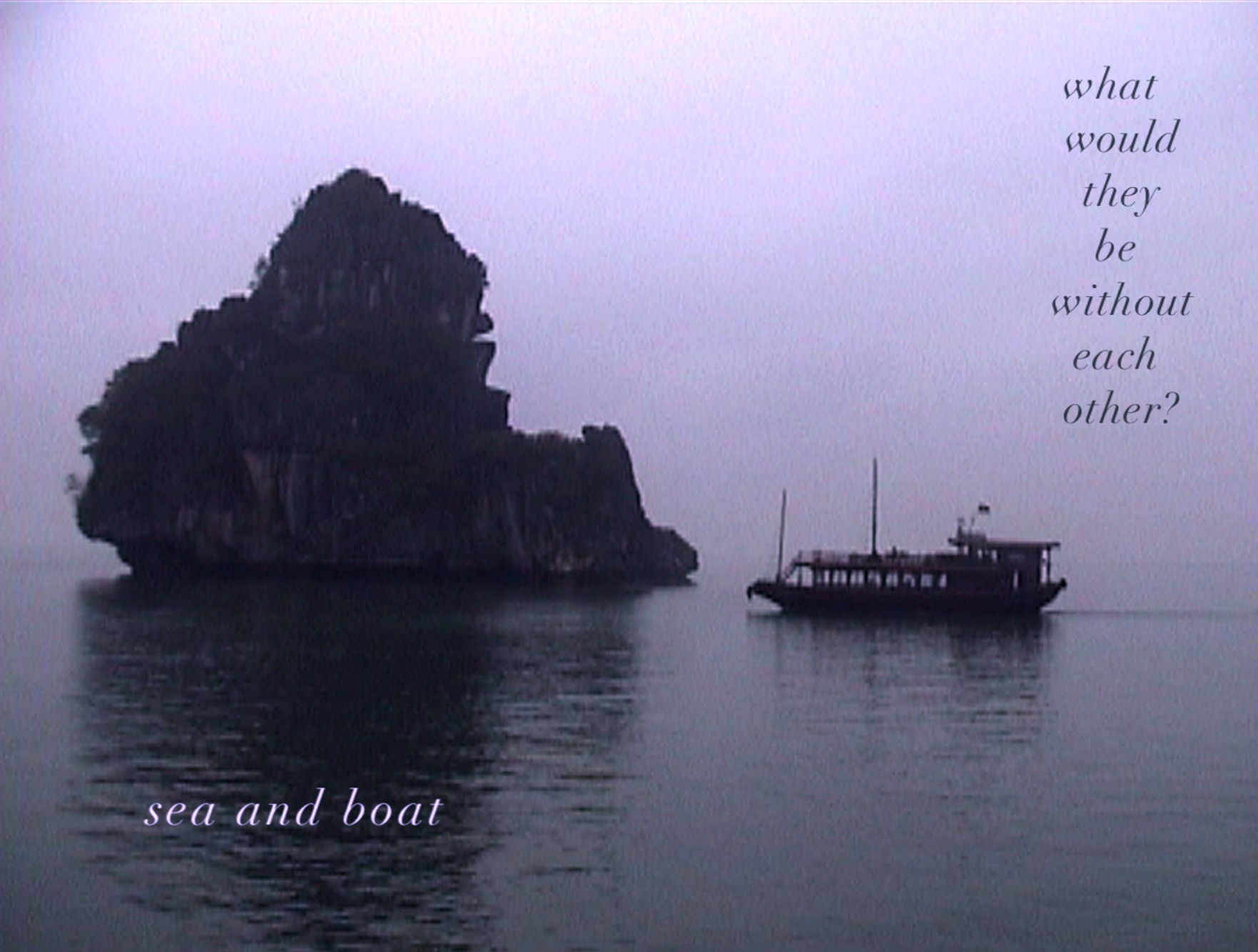 This reading group will be held over three modules with each consisting of two sessions discussing a selection of texts on related topics. Participants are highly encouraged to attend both sessions for each module to ensure continuity and quality of discourse.

Sign up here to attend Module 1, Module 2 or Module 3.

This reading group takes ideas central to Trinh T. Minh-Ha’s writing as points of access to raise questions about the imagined histories, geographies, and communities of Southeast Asia. Over six sessions, the group will discuss themes of storytelling, feminism, and identities, and explore terms such as “third world,” “nusantara,” “woman,” and “native” with an eye towards interpreting them as acts and articulations of counter-narrative.

‘The Storytellers’ focuses on the medium and method of narratives. Both sessions in this module consider how storytelling becomes an instrument of strategy in constructing geographies, histories, identities.

‘Un/sound design’ eavesdrops on Trinh T. Minh-ha’s theories on film sound. The reading group will discuss the chapter “Holes in the Sound Wall” (from When the Moon Waxes Red, 1991) as an introduction to Trinh’s experimental disregard for sonic conventions. We will examine the role of sound design in radical storytelling. This chapter will also be discussed in relation to Singapore GaGa (1995), a 55-minute documentary by Singaporean filmmaker Tan Pin Pin.

‘Locating History’ is an exercise in contemplating history alongside existing tropes of research and representation. The session will discuss readings by Linda Tuhiwai Smith, “Twenty-five Indigenous Projects” and excerpts from Ariella Azoulay’s “Unlearning Imperialism”. Positioned as decolonial and de-imperial projects in their approaches to re-historicising narratives, it will consider possibilities in re-locating the contexts of image and place in Trinh’s work within the region.

‘new feminism, who dis?’ begins with a selection of Trinh T. Minh-ha’s writing on feminism and womanhood from the 1990s. Both sessions in this module seek to read these texts as points of departure to consider what feminism is, looks like, does, and means in the context of contemporary Southeast Asia.

‘Re-reading Woman, Native, Other’ revisits one of Trinh’s most well-known ideas: the triple bind. As a self-identified Third World woman intellectual working and living in the United States, Trinh is insistent on the need to cross borders of identities and practice self-location. The session asks if her argument remains relevant for feminists today; most immediately, in the context of Southeast Asia, does the Third World woman still exist and, if so, how might she relate to the feminism of her own country’s cosmopolitan capitals? Instead of reading Trinh’s book Woman, Native, Other (1989), the group will read a dialogue between Trinh and filmmaker-writer Pratibha Parmar conducted shortly after the book’s publication titled ‘Woman, Native, Other: A Dialogue between Pratibha Parmar and Trinh T. Minh ha’ (1990).

‘Toward Feminist Turns’ explores new feminist methods of annotating, intervening, and radicalising against/alongside narratives about women in SouthEast Asia. Sampling excerpts from the feminist archival turn, digital and data feminism, and movements, this session will re-encounter new feminisms through new interfaces and technologies of mobilising. How do we gather from a global feminist approach? How are these articulated through practices in art and research? How do we begin to retell stories of Southeast Asian women today?

‘Citizens of Elsewhere’ is concerned with the difficult questions pertaining to placeness, belonging, and legitimacy–topics that have recurred in Trinh T. Minh-ha’s writing and films over the decades.

‘In-between’ engages with the often unwieldy epistemological implications of calling a place ‘home’. The group will read the chapter ‘Far Away, From Home’ (from Elsewhere, Within Here, 2011) and discuss Trinh T. Minh-ha’s inclination toward rupturing the image of home as static and singular in order to accommodate its possibility as shifting and serial. The discussion will also consider our collective and individual rights to lay claim to, allow, and negate a call to home. The chapter will also be discussed in relation to Fifth Cinema (2018), a 56-minute essay film by Hanoi-based filmmaker Nguyễn Trinh Thi.

‘Siapa di nusantara?’ will focus on reimagining identities in relation to placeness. The nusantara summons a historical geography that connected land and sea, gathering different ethnicities and beliefs with the aim of offering alternatives to nationalists’ boundaries of nation-states. This session will bring into question the porous dimensions of identity when dislocated from fixtures of land, nation and state, and rethink identity through oceanic affinities. A visual repository of images will be introduced to re-read ways we classify and respond to Trinh’s films: as escapes into ways of reimagining geographies of self, to invoke a sense of familiarity, and de-imperialize ways of seeing. Note: Reading group materials are accessible after registration.

Phoebe Pua (Singapore) is a PhD candidate with the Department of English Language and Literature at NUS. Her dissertation is concerned with the controversial figure of the third world woman, as seen particularly in contemporary films from Southeast Asia.

Nurul Huda Rashid (Singapore) is a PhD candidate in Cultural Studies at NUS. Her research interests focus on images, narratives, visual and sentient bodies, feminisms, and the intersections between them.