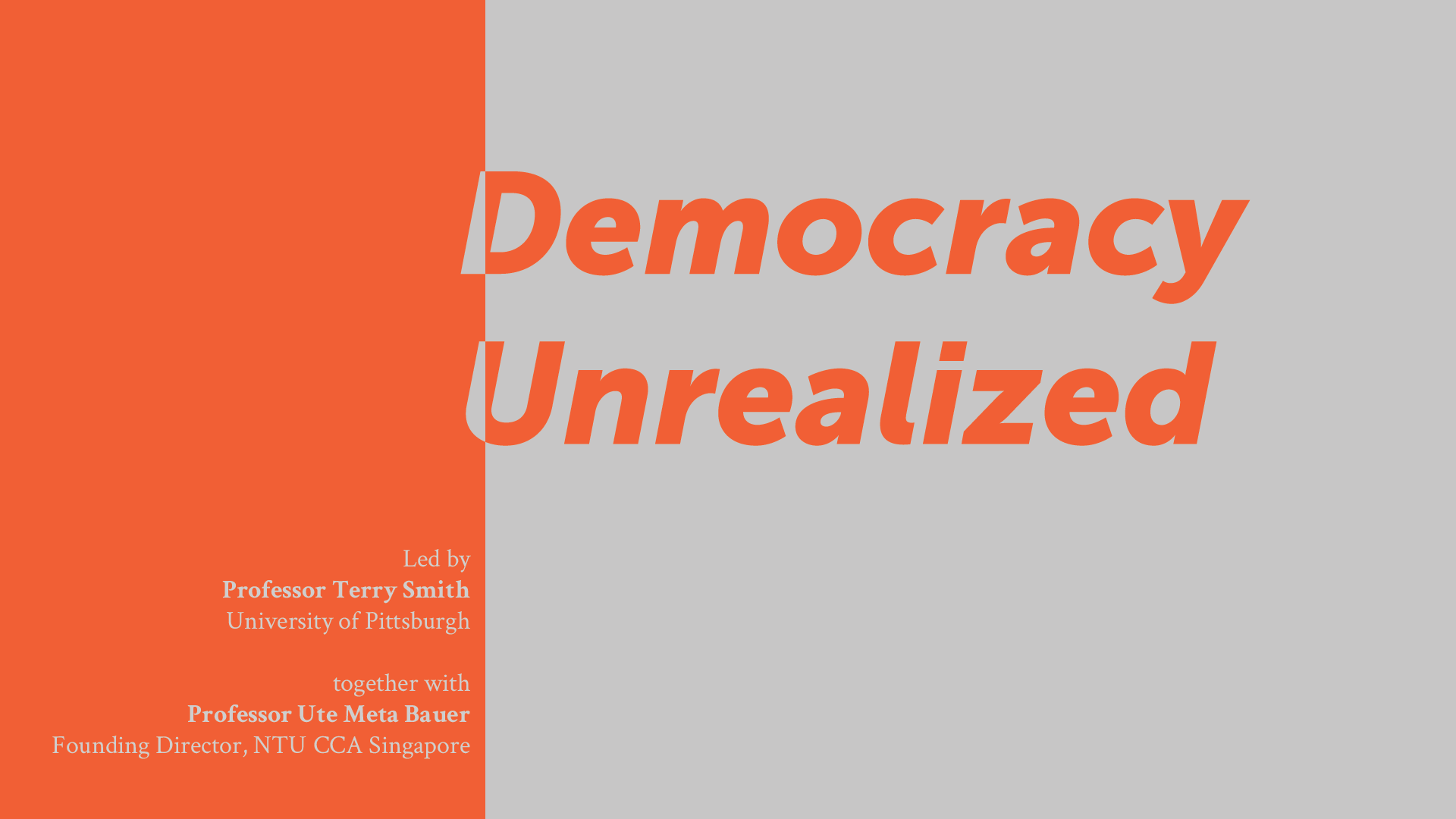 As NTU CCA Singapore’s special guest, Terry Smith will lead a reading group session using the publication Democracy Unrealized: Documenta 11_Platform1 (2002), edited by Okwui Enzewor (1963–2019), as a point of departure to broader topics relating to that exhibition. Democracy Unrealized, which documents Platform1, the first of four conferences held in conjunction with Documenta 11, challenges the presumption that the implosion of the USSR between 1989 and 1991 meant that liberal democracy allied with free market capitalism was, as many were claiming, the only and best model for current and future societies, arguing instead that democracy was “a work in progress.” The session will explore the Platforms of Documenta11, including the exhibition at Kassel in 2002, and the curatorial legacy of its artistic director, Okwui Enwezor.

Terry Smith (Australia/United States) is Andrew W. Mellon Professor of Contemporary Art History and Theory at the University of Pittsburgh, and Professor at the European Graduate School. He is also Lecturer at Large in the Curatorial Program of the School of Visual Arts, New York. In 2010 he was named the Australia Council Visual Arts Laureate, and won the Mather Award for art criticism conferred by the College Art Association (USA). In the 1970s he was a member of the Art & Language group (New York) and a founder of Union Media Services (Sydney). A foundation Board member of the Museum of Contemporary Art, Sydney, he is currently a Board member of the Carnegie Museum of Art, Pittsburgh, and of the Biennial Foundation, New York.