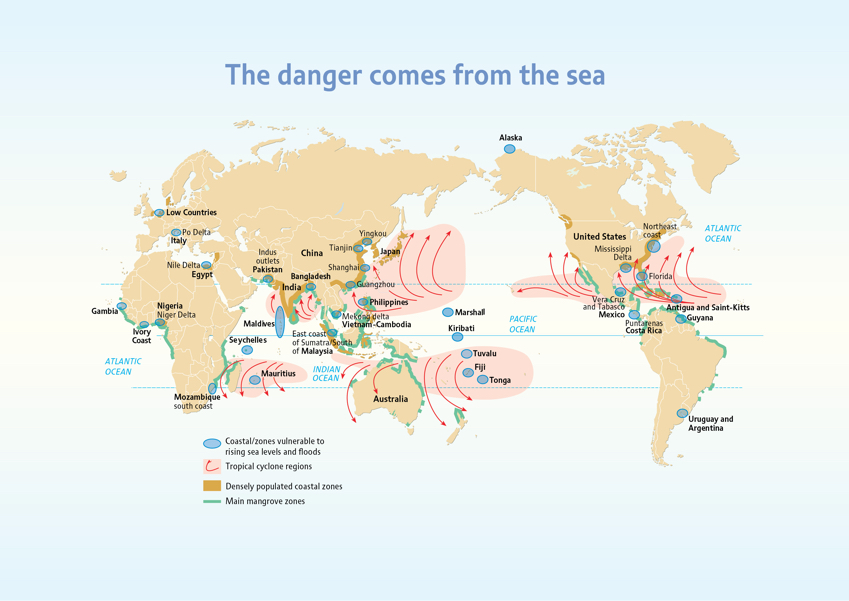 In this (de)Tour, renowned cartographer Philippe Rekacewicz will speak about the impact of climate change and environmental migration using maps as the main tool for analysing ocean, environment, and urban phenomena. He will also share his research process and recent projects in experimental cartography. A map can be both a representation of factual data as well as a political object that is in continuous dialogue with real and projected conditions. As a carefully designed visual image, it is at the intersection of cartography, art, and politics.

Rekacewicz is in Singapore under the auspices of University of Helsinki Department of Anthropology, visionscarto.net, and Singapore-ETH Centre Future Cities Lab.


Philippe Rekacewicz (France) is a geographer, cartographer, and information designer. He studied geography at University of Paris la Sorbonne, was a permanent collaborator for Le Monde diplomatique in Paris (1988–2014), and the head of the cartographic unit of the United Nations Environment Programme in Norway (1996–2007). Currently, he works as a geographer cartographer for art museums, geopolitical institutes, and international organisations, is co-coordinator of visionscarto.net, and is Associate Researcher in the Department of Anthropology, University of Helsinki. Engaging with geopolitics and geostrategy, Rekacewicz focuses on migration, statelessness, war, and the manipulation of the cartographic vision by economic powers.

Image credit: Philippe Rekacewicz, visionscarto.net research, created in 2005 for the IPCC, updated in 2011 and 2015