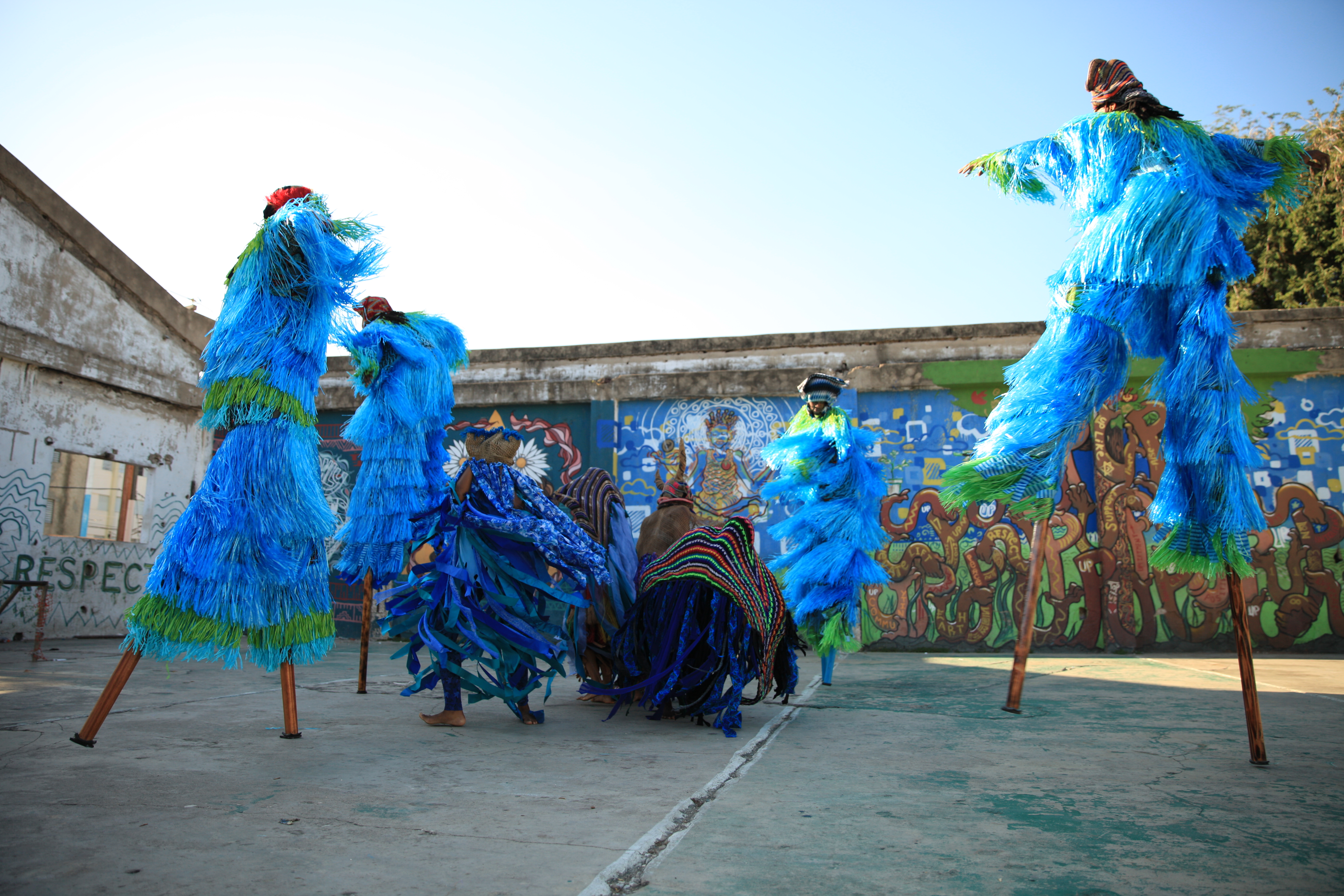 In front of Block 43 Malan Road

Ocean Blue(s) is a cross-disciplinary performance developed by artists from Mexico and the Caribbean diaspora that continues to evolve as it includes new collaborators around the world. Based on first-hand experiences, research, and ancient wisdom, it charts the physical and emotional relationship maintained with the ocean and the urgent need for collective transformation. The resulting work combines dance, spoken word, stilt dancing, costuming, and music to create a unique form of storied performance that will unfold during CITIES FOR PEOPLE: as a series comprised of conversation, knowledge exchange platform, and workshop, culminating in a public performance.

Ocean Blue(s) was first presented as What-Lives-Beneath in 2016 for TBA21 The Current, The Kula Ring convening in Jamaica.

Brooklyn Jumbies Inc. (United States), founded by Ali Sylvester and Najja Codrington, is an organisation with the purpose of heightening cultural awareness of African and African-Caribbean culture. Performing stilt dancing, one of the numerous cultural elements of the African and Caribbean diaspora, their goal is to help revive knowledge, respect, and pride in these traditions. Since 2007, the Brooklyn Jumbies have worked closely with Laura Anderson Barbata, presenting outreach projects in Mexico and the United States, also collaborating with los Zancudos de Zaachila, traditional stilt dancers from Oaxaca. With Barbata they have performed in various museums. Among their most significant performances are Intervention: Wall Street, in the Financial District of New York (2011); and Intervention: Indigo, Brooklyn, New York, and The Macy's Thanksgiving Day Parade (2015). Publications include Transcommunality. Interventions And Collaborations With Stilt Dancing Communities (2013).

Image credit: Laura Anderson Barbata in collaboration with the Brooklyn Jumbies, What_Lives_Beneath, 2016. Photo by Lauren Matic. Courtesy the artists. Developed with Barbata’s fellowship at the TBA21 The Current during the convening in Kingston, Jamaica.