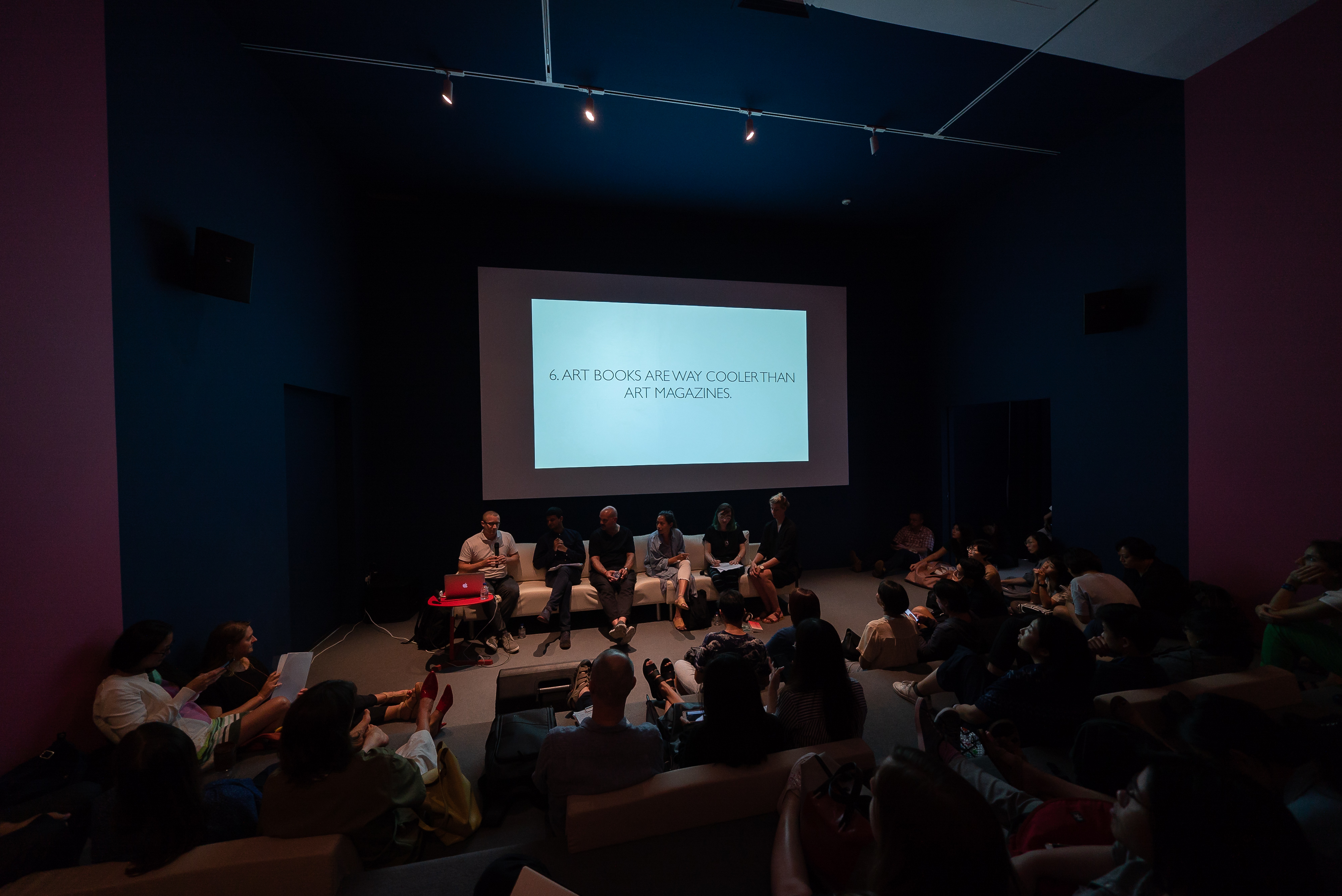 Panel: The City as…The City for…

The critical spatial discussions of this panel advances from an understanding of the built environments from regional perspectives and practices, that are situated within global discourse, focusing on regional bottom-up city planning that is informed by postcolonial heritages, tropical modernities, and global architectural approaches. Reflecting also the cultural formats of how we can engage in such questions, the discussion will offer a rich source of artistic/activist interventions and their imaginary of “art on a civic scale.”

Ute Meta Bauer (Germany/Singapore) is the Founding Director of the NTU CCA Singapore, and Professor, School of Art, Design and Media, Nanyang Technological University, Singapore. Previously, she was Associate Professor in the Department of Architecture at Massachusetts Institute of Technology (MIT), Cambridge, where she also served as Founding Director of the MIT Program in Art, Culture, and Technology (2005–13). For more than three decades, Bauer has worked as curator of exhibitions and presentations, connecting contemporary art, film, video, and sound through transdisciplinary formats including as co-curator of Documenta11 and the 3rd Berlin Biennale for Contemporary Art. She also co-curated the US Pavilion for the 56th Venice Biennale featuring eminent artist Joan Jonas. She publishes regularly on artistic and curatorial practice. Bauer was an expedition leader of TBA21-Academy The Current (2015–18) exploring the Pacific Archipelago and littorals that are most impacted by climate change and human interventions in their environments.

Calvin Chua is an architect, urbanist and educator. He leads Spatial Anatomy, a firm that designs spaces, objects and strategies for cities. In parallel, he serves as an Adjunct Assistant Professor at the Singapore University of Technology and Design, leading seminars and design studios on adaptation and urban regeneration. In parallel, he is recognised as one of the leading voices on Korean peninsula issues. For the past eight years, Chua has piloted capacity-building programmes and urban advisory work in the DPRK. His works and opinions have been featured in various news media, including Monocle, Reuters and CNN. Prior to founding his practice, Chua worked for various architecture and urban planning firms in Europe and Asia. A registered architect in the UK, he graduated from the Architectural Association School of Architecture.

Woon Tien Wei is an artist/curator based in Singapore. His research interests include cultural policies, collectivity in art, social movements, land contestations and urban legends. Woon works with Post-Museum to curate, research and collaborates with a network of social actors to create events and projects. Post-Museum’s work explores how inhabitants can practice the city in “meaningful” ways to seek the “right to the city”—to claim some shaping power over the processes of urbanisation.

Sophie Goltz (Germany/Singapore) is Deputy Director, Research and Academic Programmes at NTU CCA Singapore, and Assistant Professor at the School of Art, Design and Media, Nanyang Technological University. Goltz was the Artistic Director of Stadtkuratorin Hamburg (City curator) from 2013 to 2016, and has worked as Senior Curator and Head of Communication and Public Programmes at Neuer Berliner Kunstverein between 2008  and 2013, becoming Associate Curator in 2014. Goltz worked as curator and art editor for various international exhibitions, including Documenta 12 (2007), Project Migration(2004–06), Documenta 11 (2002), 3rd Berlin Biennale for Contemporary Art (2003–04). She has taught at the Technical University Berlin, the Academy of Applied Arts Vienna, and the Academy of Arts Berlin-Weißensee, amongst others, and writes regularly for publications and art magazines.

Laura Miotto (Italy/Singapore) is Associate Professor at NTU ADM and Design Director of GSM Project in Singapore. With 15 years of experience in the design field, both as a creative director and an architectural designer, Miotto has worked on permanent and temporary exhibitions, focusing on heritage interpretation and sensorial design strategies in the context of museums, thematic galleries, and public spaces. Among her projects are the new Sarawak Museum in Malaysia and the Living Galleries at the National Museum of Singapore that explore local cultures in a phase of transformation. In 2010 she received the President Design Award for the exhibition Quest for Immortality: The World of Ancient Egypt.