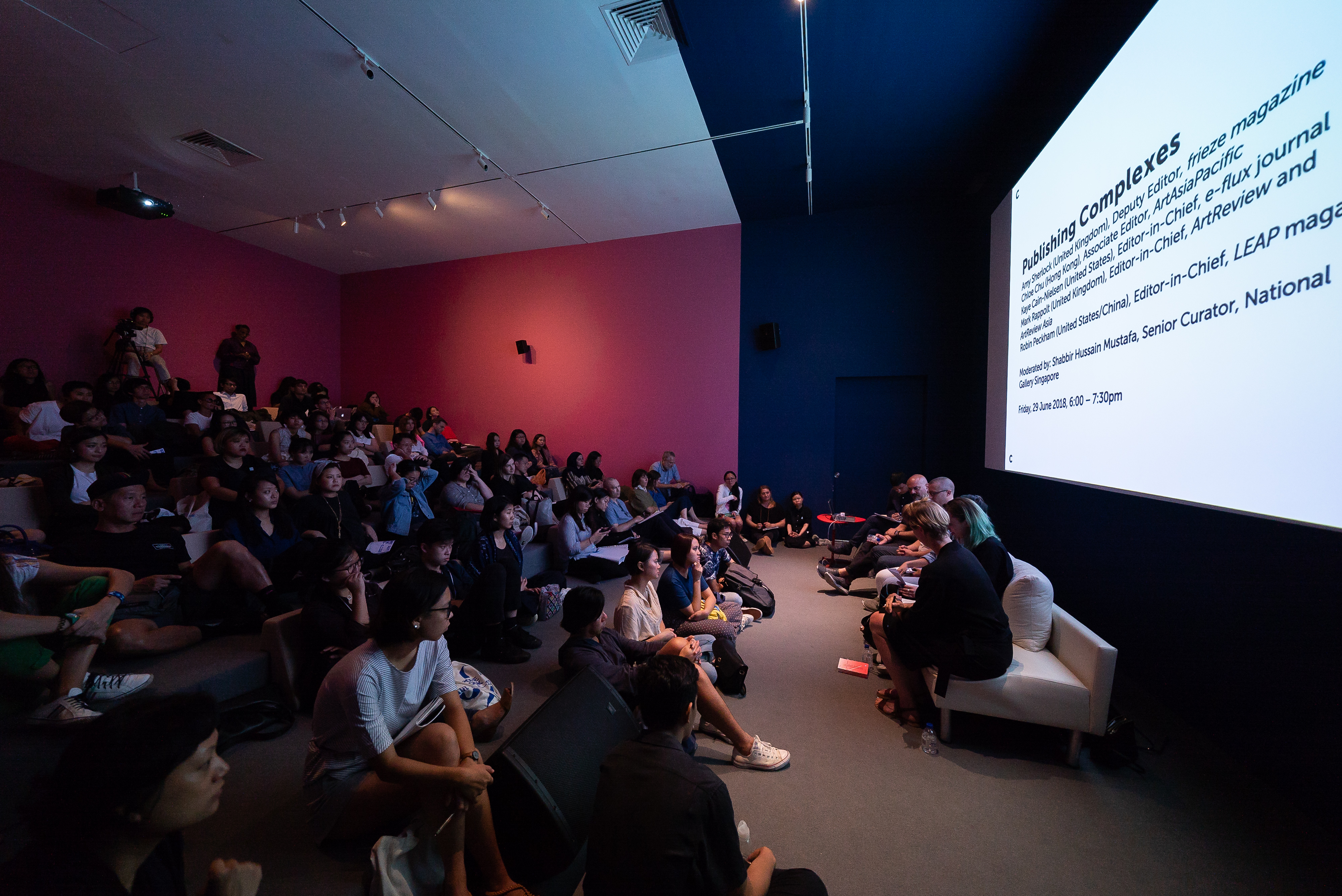 Questions around current developments and discourses (or their lack) will be the focus of this session. What affects and steers the critical reader/magazine landscape in the wider Asia-Pacific region and beyond?

Ana Bilbao (Mexico/United Kingdom) is a Research Fellow at the Afterall Research Centre in Central Saint Martins, University of the Arts London, and Editor of AfterallJournal. Her research focuses on contemporary art and the history of exhibition-making. She specialises in the emergence and proliferation of SVAOs (Small Visual Arts Organisations) from the 1990s to the present in different parts of the world. Bilbao completed a PhD in Art History and Theory with a specialisation in Curatorial Theory and Practice from the University of Essex in 2017, where she often teaches postgraduate and undergraduate courses. She has worked in various areas of the cultural sector, including arts education and curating.

Helen Hughes (Australia) is a lecturer in Art History, Theory and Curatorial Practice at MADA, Monash University. She is a co-founder and co-editor of Disciplinecontemporary art journal. Her recent publications include the edited volumes Double Displacement: Rex Butler on Queensland Art(with Francis Plagne, 2018); Tom Nicholson: Lines towards Another(with Amelia Barikin. 2018); and Kiffy Rubbo: Curating the 1970s(with Janine Burke, 2016). Her recent curated exhibitions include Mutlu Cerkez: 1988–2065(with Charlotte Day and Hannah Mathews) at Monash University Museum of Art, 2018 and  TarraWarra Biennial 2016: Endless Circulation(with Victoria Lynn). Hughes engages in art criticism regularly, including for Memo Reviewand frieze. She is the Melbourne critic for Artforum.

Mark Rappolt (United Kingdom) is the Editor-in-Chief of ArtReview. He founded its sister publication, ArtReview Asia, in 2013. Previously he was editor of AA Files, the journal of the Architectural Association in London, where he also taught. His writing has appeared in a number of publications, ranging from The Times and Die Zeitto i-Dand Citizen K, and includes exhibition catalogues on artists such as David Cronenberg, Bharti Kher, Alex Katz, Yuko Mohri and Agustín Cárdenas. Books include monographs on architects Greg Lynn and Frank Gehry. Recent exhibitions include Like a Moth to a Flame(2017, co-curated with Tom Eccles and Liam Gillick), a two-part exhibition at the Fondazione Sandretto Re Rebaudengo and the OGR, Turin; and Now or Never(2018), which retraced his grandfather’s journey from Singapore to Vienna, at Galerie Crone, Vienna.

Verónica Sanchis Bencomo (Venezuela/ Hong Kong) is a photographer, photo editor, and contributing writer for Photographic Museum of Humanity (U.K);  Photo World magazine (China) and Witness – World Press Photoonline publication (The Netherlands). In 2014, she founded Foto Féminas, an online resource for promoting Latin American and Caribbean women photographers. In addition, she organised and produced talks, projections and exhibitions in Argentina, China, Ecuador, Guatemala, Mexico, Chile, Peru and the US. Verónica is currently based in Hong Kong where she continues to work on her projects and exhibits Foto Féminas‘ library.

Peera Songkünnatham (Thailand) is a writer, translator, and editor from Sisaket, Northeast Thailand. A newcomer at Read Publishing, Peera is the editor of its nascent online content. Peera’s work includes a translation into the Isan/Lao language of Juan Rulfo’s collection of short stories El Llano en llamas. Peera has a Bachelor of Arts in Anthropology and Sociology from Swarthmore College, Pennsylvania.