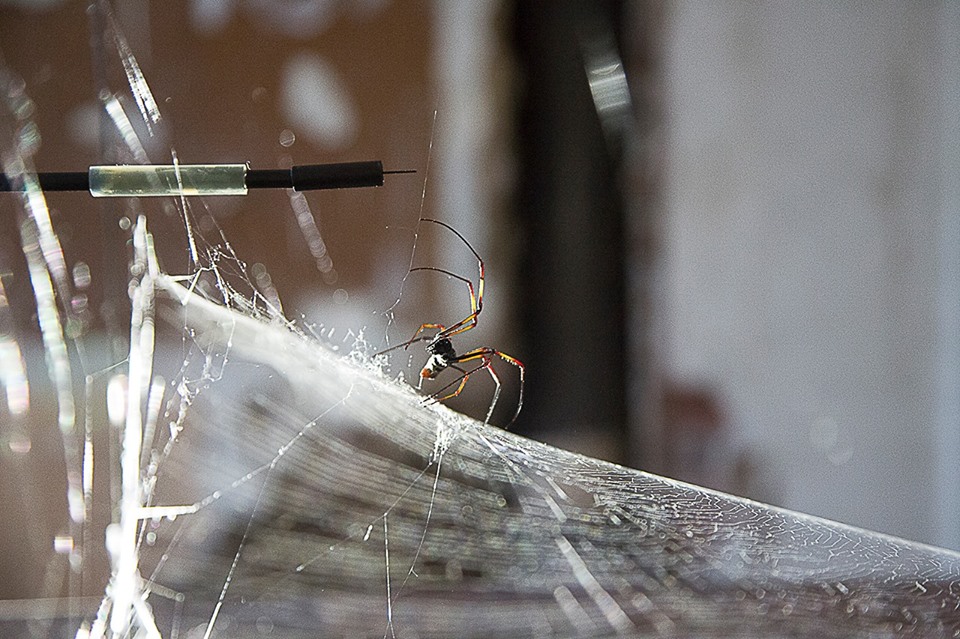 This panel will be an opportunity to gain a deeper understanding of Tomás Saraceno’s new production, Arachnid Orchestra. Jam Sessions and how it situates in his wider investigations of the spider webs. Participants include: Tomás Saraceno, artist, Argentina/Germany; Peter Jäger, arachnologist, Germany and Elizabeth A. Povinelli, critical theorist and filmmaker, United States.

Dr. Peter Jäger received his doctorate from Johannes Gutenberg University in Mainz and is current Head of Arachnology at the Senckenberg Research Institute in Frankfurt, Germany. He has discovered more than 300 species of spiders and is the Co-Editor of the World Spider Catalog, the most used internet tool in the field of Arachnology.

Elizabeth A. Povinelli teaches in anthropology and gender studies at Columbia University, New York City. She was previously editor of Public Culture and a founding member of the Karrabing Film Collective. Her writing and filmography focuses on the conditions of Late Liberalism.