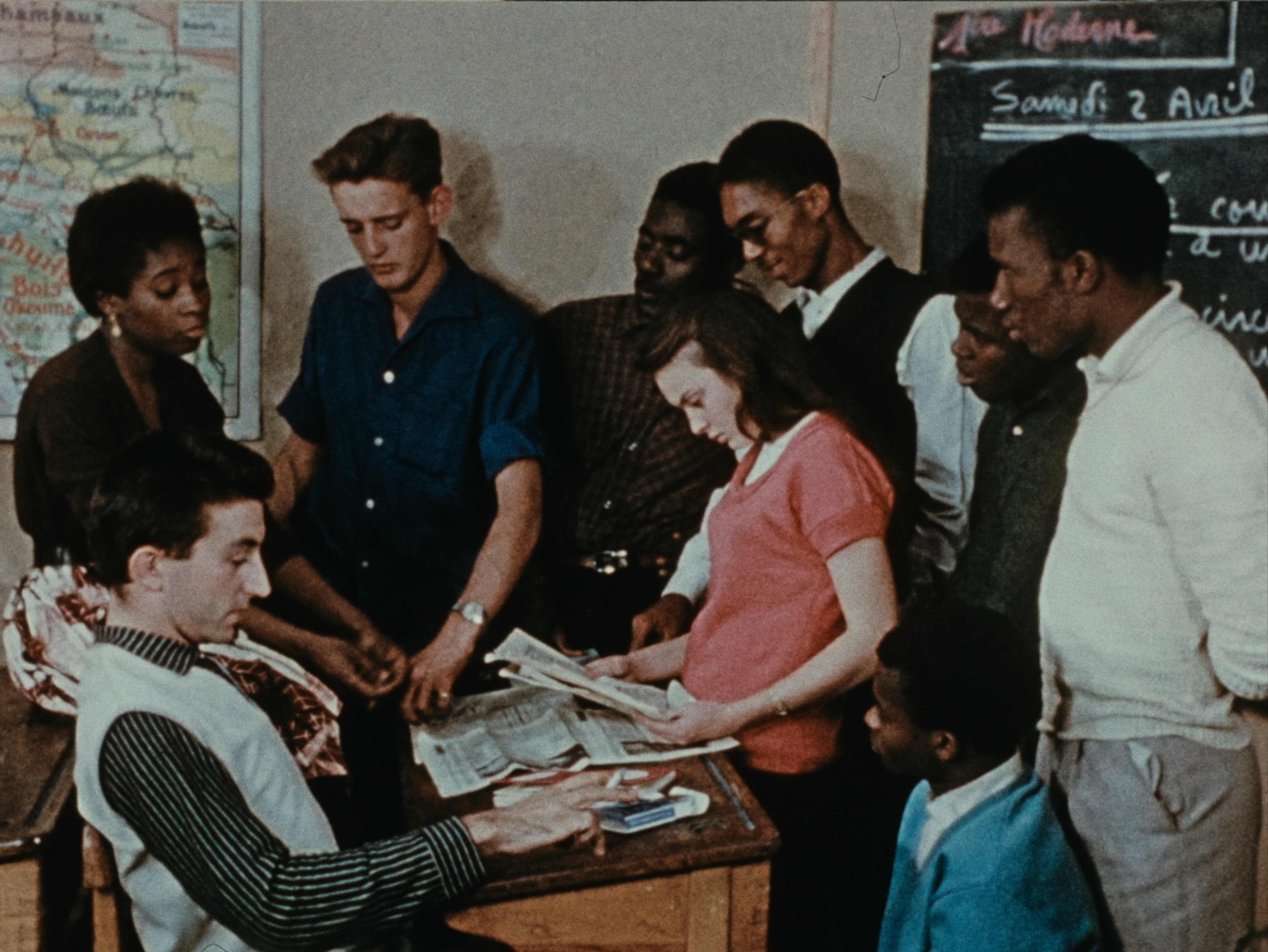 At the Lycée Français of Abidjan, Ivory Coast, Rouch worked with students there who willingly enacted a story about the arrival of a new white girl, Nadine, and her effect on the interactions of and interracial relationships between the white colonial French and Black African classmates, all non-actors. Fomenting a dramatic situation instead of repeating one, Rouch extended the experiments he had undertaken in Chronicle of a Summer, including having on-camera student participants view rushes of the film midway through the story. The docu-drama shows how working together to make the film changes their attitude towards each other.—Icarus Film.

Jean Rouch (France), ethnographer-turned-filmmaker, was the father of modern cinéma vérité together with his collaborator, Edgar Morin. Their work has had great influence on French New Wave filmmakers.