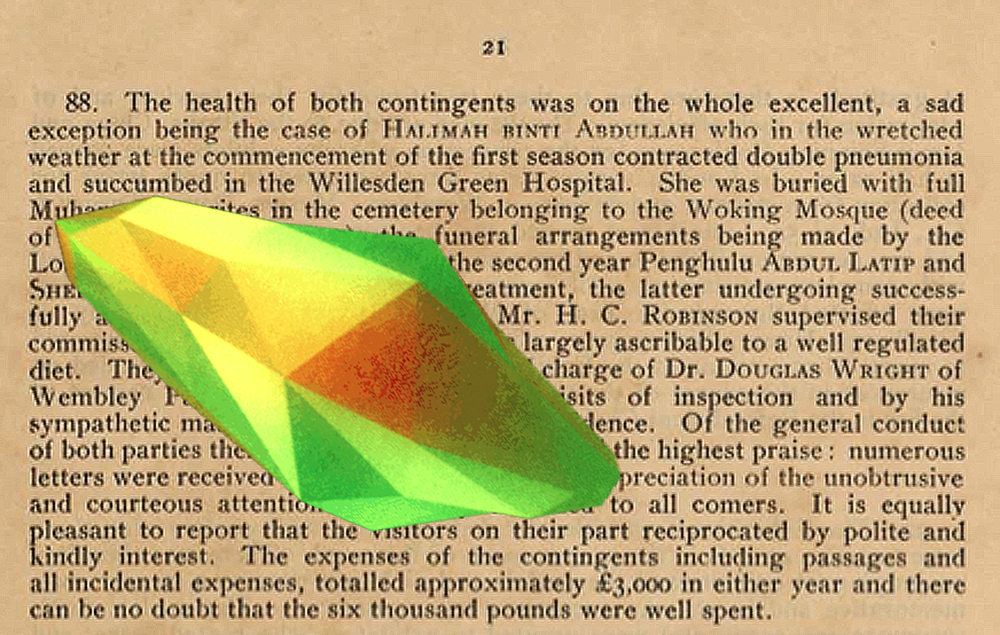 Unfolding over a period of three weeks is a special project by London based, Singaporean Artist-in-Residence, Erika Tan. Focusing on the forgotten historical figure of Halimah the Malay weaver, Tan will revive her through a series of footnotes and instigate a process of collective labour towards the understanding that history is an effort built by many.

Halimah lived and worked with 19 other Malayans in the 1924 British Empire Exhibition in London, essentially engaged not only in the production of woven material but also in the reproduction of her position as a colonial subject. This project seeks to liberate Halimah from her textual existence and re-insert her into a contemporary dialogue around nation, art and value – or place, labour, capital. The Lab will be used in a triad of layers – as an exhibition space, a film studio and the site of a live “broadcast” debate with debaters,  Meiyi Chan, Annabel Tan, Loh An Lin, Abigail Wong, Sara Ng and Geetha Creffield. They will be joined by filmmakers Lor Huiyun and Jolinna Ang.

Erika Tan’s practice is primarily research-led with a leaning towards the moving image, referencing distributed media in the form of cinema, gallery-based works, internet and digital practices.