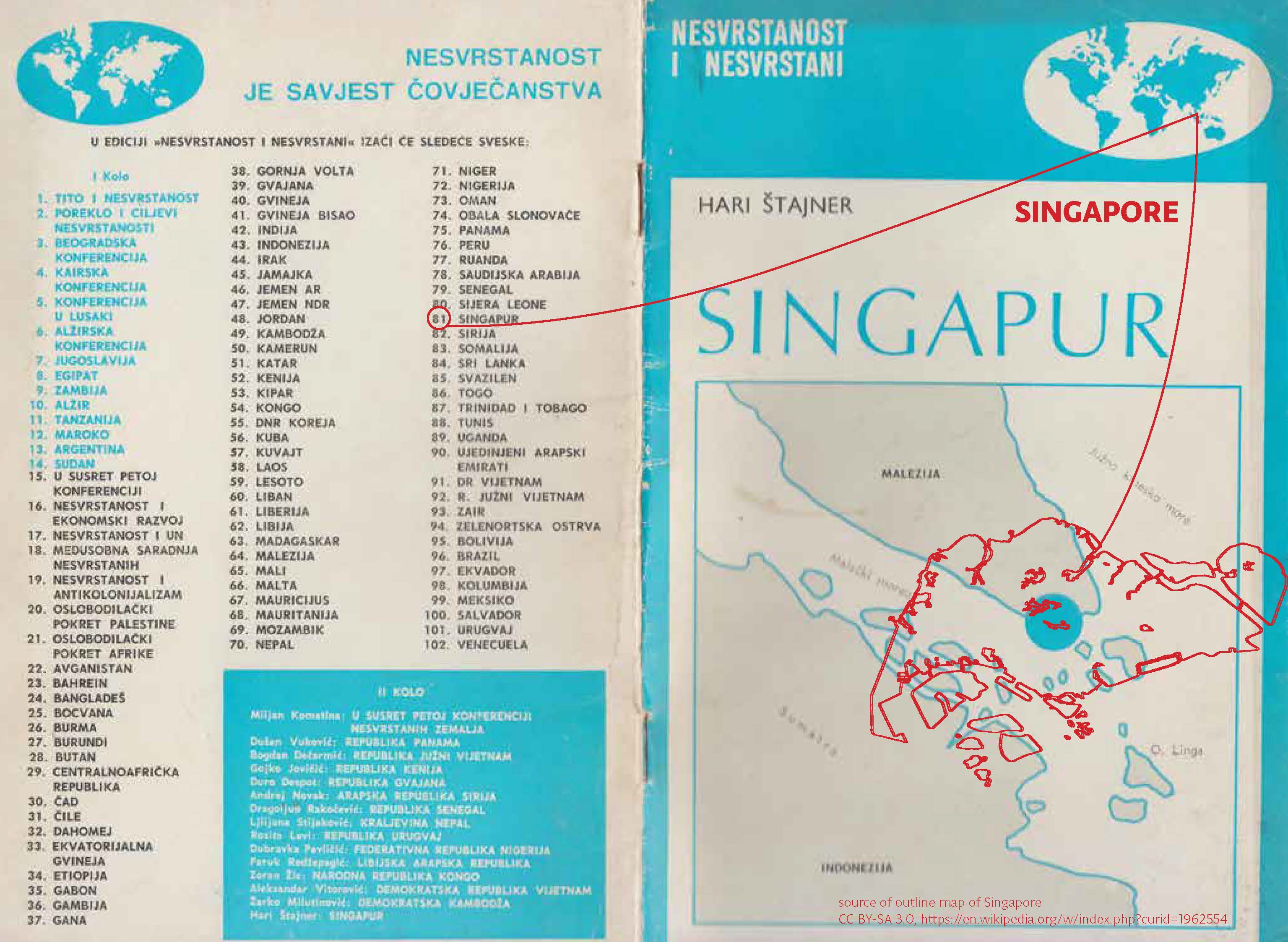 This discussion aims to address ideas, ideals, and principles of the Non-Aligned Movement (NAM) that are relevant today and can be applied to the field of art and culture. The Belgrade-based collective Škart will present their artistic project related to the topic with a specific focus on the context of Singapore, while Bojana Piškur will talk about her long-term curatorial research on NAM’s politics in terms of exhibition-making, networking, and cultural exchange. Looking beyond the complex history of the Movement, the speakers intend to situate NAM’s progressive cultural policies, museum models, and emancipatory utopias in the present mapping out new possible prototypes for today’s art institutions, networks, and cultural politics.

Representing a major disruption in the Cold War geopolitical order, the Non-Aligned Movement was a coalition of small and middle-sized states, mostly former colonies and developing countries from the so-called Third World. Founded in 1961 at the Belgrade summit with 25 participating countries, it grew to encompass almost 100 members in 1979. Singapore became a full-time member in 1970. The Non-Aligned Movement functioned as a third way between the two major power blocs in the Cold War era; it aimed to change existing global structures and create a more just, equal, and peaceful world order. The member states subscribed to principles such as mutual respect for each other’s territorial integrity and sovereignty, mutual non-aggression and non-interference in domestic affairs, equality and peaceful co-existence.

The conversation will take place in the artists’ studio.


Bojana Piškur (Slovenia) is a writer and curator at the Museum of Modern Art in Ljubljana. Her research focuses on political issues and the way in which they relate to, or are manifested in, the field of art looking specifically at the regions of former Yugoslavia and Latin America. She has contributed to numerous publications and lectured extensively on topics such as post avant-gardes in former Yugoslavia, radical education, cultural politics in self-management, and the Non-Aligned Movement.

Škart (Serbia) is an experimental art/design collective founded by Djordje Balmazović and Dragan Protić in 1990 at the Faculty of Architecture in Belgrade. In Serbian, the word Škart means “trash/reject”, an allusion to the collective’s approach to creative endeavours. Using vernacular languages and low-tech media, Škart’s practice infiltrates the most unconventional settings and often engenders unorthodox, community-based collaborations. Revolving around poetry and the "architecture of the human relationships," their projects have been developed in several institutions and independent spaces across Europe. Their work was presented in the Serbian Pavilion at the Venice Biennial of Architecture, Italy, 2010.

Image credit: Booklet cover of Singapore (Belgrade: Rad, 1976) by Hari Štajner, from the series Non-Alignment and the Non-Aligned, with an intervention by Škart collective, 2017