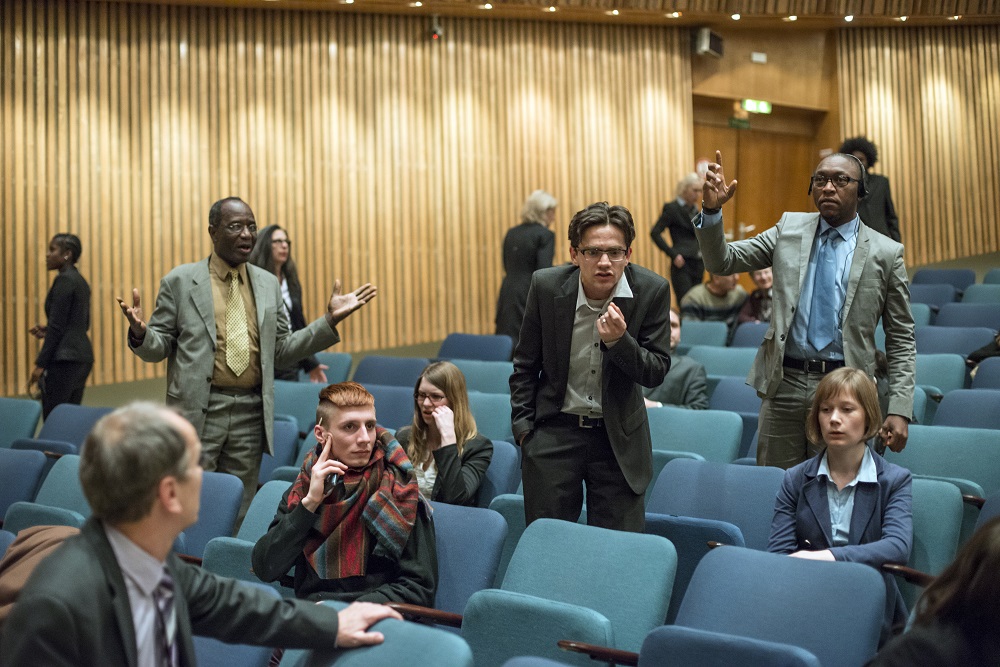 The Making of an Institution – Reason to Exist: The Director’s Review. Instituting Otherwise, talk by Maria Hlavajova (Slovakia/Netherlands), Curator-in-Residence

Drawing upon the practice of BAK, basis voor actuele kunst in Utrecht (Netherlands), where she is the founding artistic director, Maria Hlavajova will discuss the notion of “instituting otherwise”. Dedicated to thinking about, with, and through art, BAK develops long-term research trajectories addressing the urgencies that define our contemporary, including issues of social and environmental justice as well as the impact of digital technologies on the present. Hlavajova will speculatively expand upon a number of interrelated projects she has been engaged with, such as FORMER WEST (2008–2016) and Future Vocabularies (2014–ongoing), all the while exploring the shifts in our existing conceptual lexicon within artistic, intellectual, and activist practices.


Maria Hlavajova (Slovakia/Netherlands) is Artistic Director of BAK, basis voor actuele kunst, Utrecht, Netherlands, an institution that advocates for the critical role of art in society through various programmes of education, exhibitions, and publishing. Hlavajova is also initiator and artistic director of FORMER WEST, an eight-year long transnational research, education, exhibition, and publication project organised and coordinated by BAK. She regularly contributes to numerous critical readers, catalogues, and magazines internationally. In addition, Hlavajova is co-founder of tranzit, a network established in 2002 that supports contemporary art practices and exchanges in Austria, Czech Republic, Hungary, Slovakia, and Romania. She serves on the Advisory Board of Bergen Assembly, Norway.