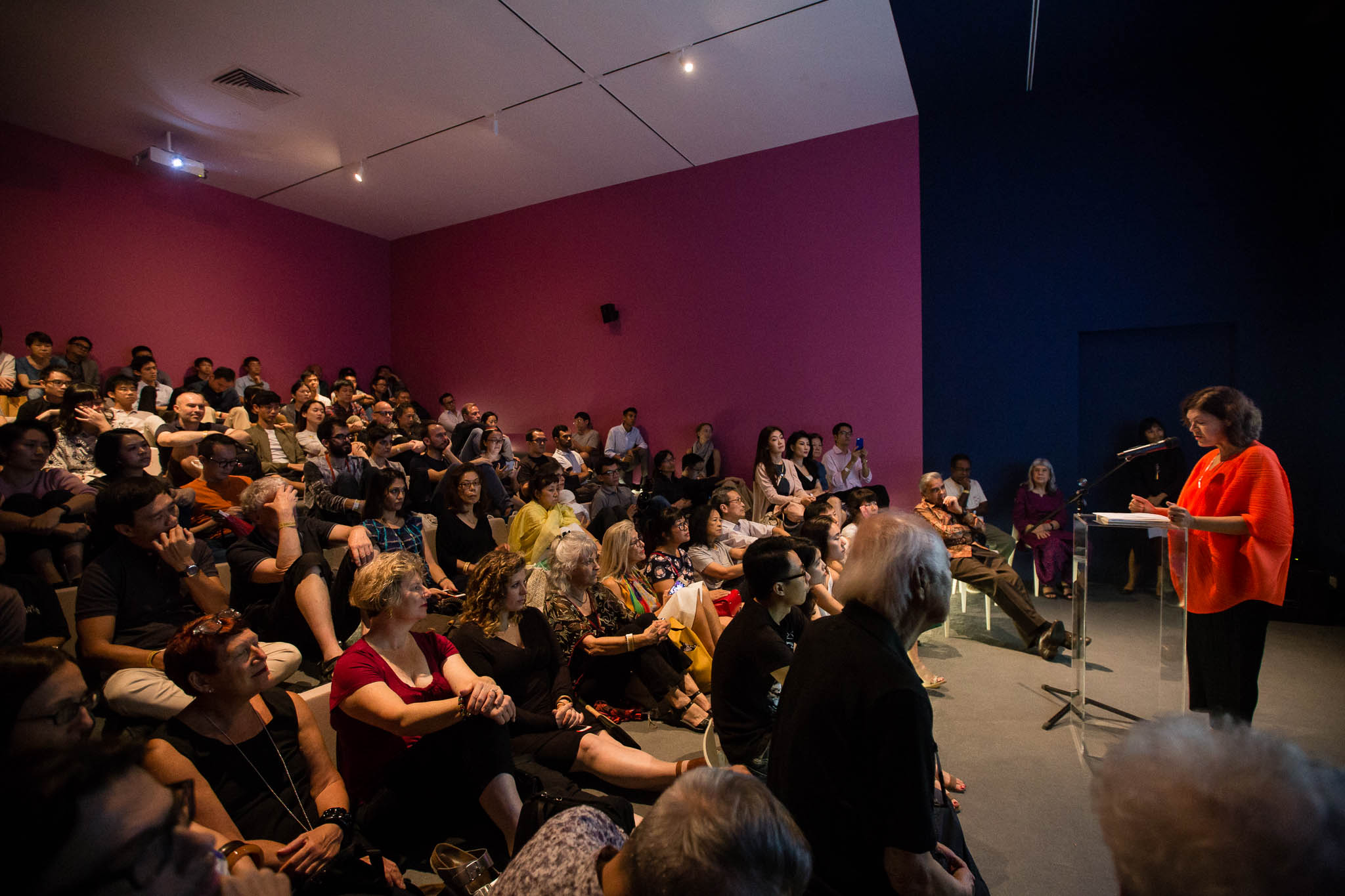 Who owns a public institution? How does an institution balance the different sets of expectations held by its various stakeholders? What is the role of an international advisory board and how does it contribute to the institution’s development within a global perspective? Shifting the top-down operational model, can an institution learn from artists and incorporate artistic methodologies into its own structure? To address such questions, this session brings together several members of the NTU CCA Singapore’s International Advisory Board into a public discussion with representatives of the Centre’s stakeholders. The session will be moderated by Founding Director Ute Meta Bauer and preceded by Heman Chong’s performance Words, They, Wrote (2015 – ongoing). Utilising words written or spoken by several artists, the performance generates a moment of introspection opening up a space for the artists’ thoughts on their own lives and works.

This Workshop is part of the public programme of The Making of an Institution.

Nikos Papastergiadis (Australia), Board Chair; Director, Research Unit in Public Cultures, and Professor, School of Culture and Communication, The University of Melbourne, Australia

Ann Demeester(Belgium/Netherlands)is currently the Director of Frans Hals Museum, Haarlem, Netherlands. She was appointed Manager of Art and Urban Development for Amsterdam City Council, co-curated the 10th Baltic Triennial, Vilnius, Lithuania (2009) and was previously the Director of De Appel Arts Centre and W139, Amsterdam, the Netherlands. Demeester was part of the editorial team of the literary journals, Yang, A Prior Magazine and F.R. David, and wrote catalogue texts on the work of Luc Tuymans, Michael Borremans, Jennifer Tee, Richard Hawkins, Mika Rottenberg and Bjarne Melgaard, amongst others.

Nikos Papastergiadis (Australia) is Director of the Research Unit in Public Cultures and Professor at the School of Culture and Communication at the University of Melbourne, Australia. His current research focuses on the   investigation of the historical transformation of contemporary art and cultural institutions by digital technology. He is a Fellow of the Australian Academy of the Humanities, Fellow of Cambridge Commonwealth Trust, Member of Clare College Cambridge, Visiting Fellow at the University of Tasmania School of Art, Advisory Board Member to University of South Australia School of Art and Architecture, and co-chair of the Greek Centre for Contemporary Culture,   Melbourne, Australia.

Philip Tinari (United States/China) is Director of Ullens Center for Contemporary Art (UCCA), Beijing, China, since 2011. He was founding editor of LEAP, and contributing editor of Artforum. Tinari was named Young Global Leader by the World Economic Forum in 2015 and was selected for the Public Intellectuals Program of the National Committee on U.S.-China Relations in 2016. He is currently a D.Phil. candidate in Art History at the University of Oxford, United Kingdom.

John Tirman (United States) is the Executive Director and a Principal Research Scientist at MIT's Center for International Studies. Tirman is author, or coauthor and editor, of 14 books including, most recently, Dream Chasers: Immigration and the American Backlash (2015) and The Deaths of Others: The Fate of Civilians in America’s Wars (2011). Earlier published work includes The Fallacy of Star Wars (1984), the first important critique of strategic defense, and Spoils of War: The Human Cost of America's Arms Trade (1997). In addition, he has published more than 100 articles in periodicals such as the The Nation, Boston Globe, New York Times, Washington Post, Esquire, Wall Street Journal, and Boston Review. Past apppointments include Programme Director, Social Science Research Council, New York. He is also a trustee of the Institute for War & Peace Reporting, which has offices worldwide.