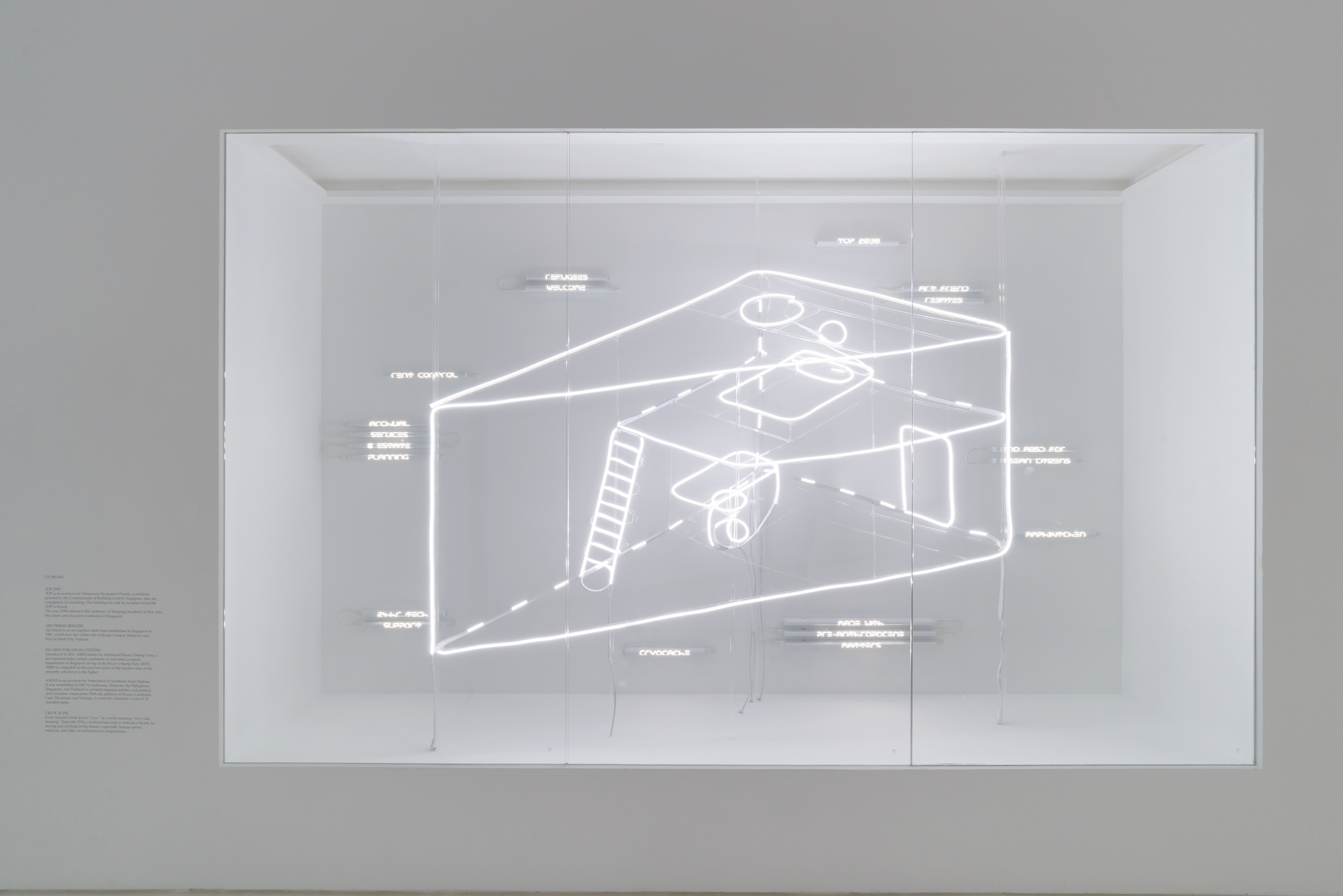 Developed during his residency at NTU CCA Singapore, Creatif Compleks (2018) is the culmination of Michael Lee’s reflection on the function of the artist’s studio within the arts ecology of a city. The work takes the form of a diagram about a hypothetical property development consisting of various configurations of the artist’s home/studio. The use of LED light strips, a popular fixture in advertising and interior design, alludes to latent apprehensions about the development and promotion of the arts in Singapore which today are, arguably, at a feverish pitch. Informed by myths and fantasies of artists in their studios, the work takes a speculative leap into the utopian and the absurd.


Michael Lee (Singapore) is an artist, curator, and publisher based in Singapore. Researching urban memory with a marked interest for the contexts and implications of loss, Lee’s observations often merge personal and national narratives and are variously translated into objects, diagrams, situations, curatorial projects, and critical texts. He has presented his work in solo exhibitions at Yavuz Fine Art, Singapore (2014); Künstlerhaus Bethanien, Berlin, Germany (2013); Hanart TZ Gallery, Hong Kong (2010). His work has also been included in international group exhibitions such as Shenzhen Sculpture Biennale, China (2014) and Asia Triennial Manchester, United Kingdom (2011), among others. Lee is the founding director of Studio Bibliothèque, a platform which facilitates experiments in art making, curating, and publishing. He was a co-curator of An Atlas of Mirrors, Singapore Biennale (2016).