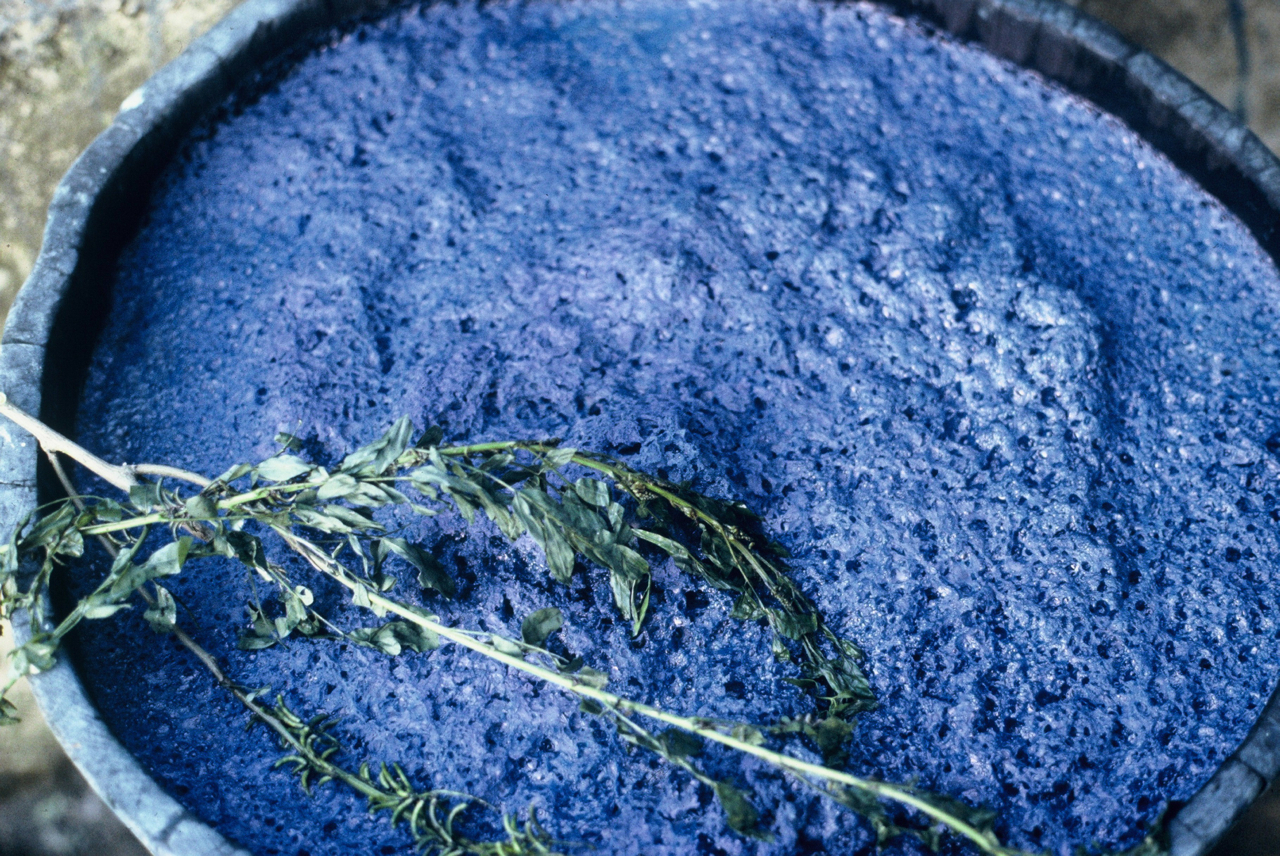 Indigo, known as the “King of Dyes,” has been in continuous use and traded worldwide as blue dye, paint pigment, and medicine for over six millennia. Its unique chemistry is suited for all types of textiles, whether prestige silks or blue jeans, as well as paint for frescoes and manuscripts. In this richly-illustrated talk, Dr Jenny Balfour-Paul—artist, traveller, and author of three books on indigo—will speak about this fascinating colour, as well as indigo’s increasing popularity as a sustainable dye.

Dr Jenny Balfour-Paul (United Kingdom) writer, artist, traveller, and international lecturer, has researched and worked with indigo for over three decades. She is an Honorary Research Fellow at Exeter University; Trustee of the Royal Geographical Society; Fellow of the Royal Asiatic Society; and President of the UK’s Association of Guilds of Weavers, Spinners and Dyers. Author of Deeper than Indigo (2015), Indigo: Egyptian Mummies to Blue Jeans (1998), and Indigo in the Arab World (1997), she was a consultant curator for the Whitworth Art Gallery’s 2007 touring exhibition Indigo, a Blue to Dye For, a consultant for documentary films, and for the project Indigo Sutra held in Kolkata in 2017.