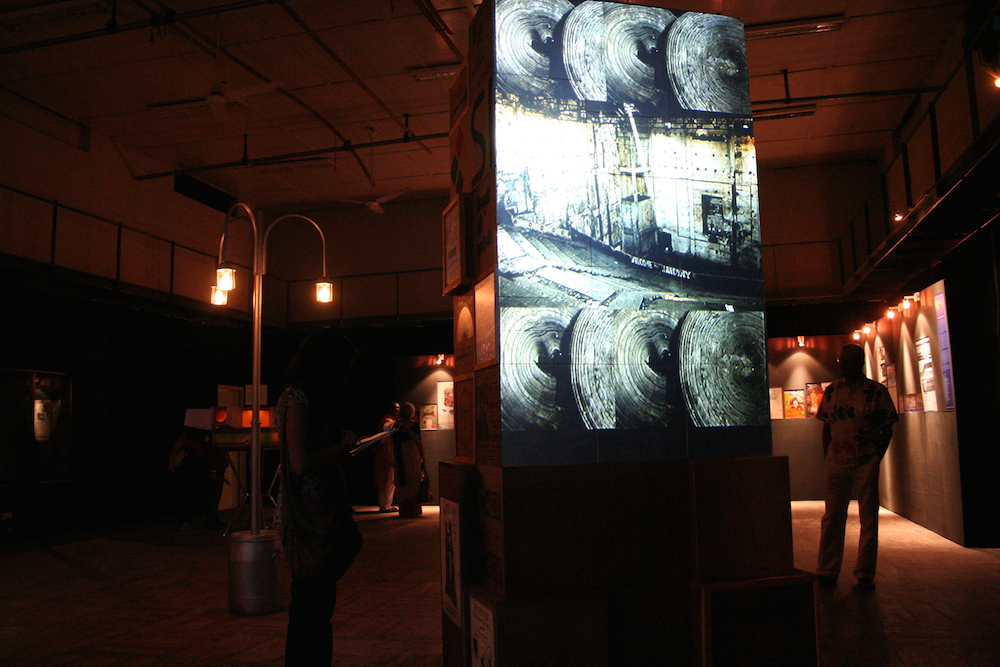 The Single Screen
In response to NTU CCA Singapore’s overarching research framework, PLACE.LABOUR.CAPITAL, the Indian filmmaker, curator and pedagogue, Madhusree Dutta will introduce the remarkable Project Cinema City: Research Art and Documentary Practices (2008 – 2012). This expansive project addressed the intertwined relation between cinema and city in a place that produces cinema on an industrial scale, namely Bombay/Mumbai. A multidisciplinary research project that has been presented in various contexts from Berlin International Film Festival to the National Gallery of Modern Art (Mumbai), Project Cinema City explored the production strategies, labour structure, viewing conventions and materiality of cinema highlighting the inseparable relation between cinema and city.
The lecture will include a screening of Dhananjay Kulkarni “Chandragupt” (2009) directed by Rrivu Laha (India), a film that explores the character portrayal of a nocturnal citizen with a Bollywood aspiration.

“The work of the Cinema City group may be seen as a Situationist move, no longer in the context of Paris in the 1950s and 1960s, but of Bombay in the 1990s and in the first decade of the twenty-first century. Like the Situationists, the Cinema City group is not concerned with art as comment on the city but as a product of the city, a lens into urban life and re-situating its already existing visual elements.” (Arjun Appadurai, social-cultural anthropologist).

Madhusree Dutta is a filmmaker; also a curator and pedagogue. Filmmaking, theatre, visual arts, text productions; students’ movement, feminist movement, movement against communalism, movement for democratisation of art practices; cultural literacy, art pedagogy; interfaces between genres, movements and disciplines form the trajectories of Madhusree’s journey. She is the founder and executive director of Majlis, a centre for rights discourse and multi-disciplinary art initiatives in Mumbai, India, and was one of the curators of the Artists’ Cinema programme at the Kochi-Muziris Biennale 2014.