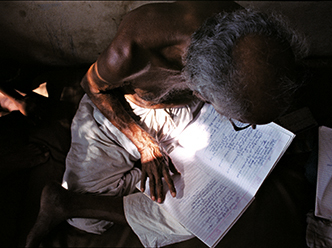 In India, until as recently as the early 1980s, documentaries were only produced by its government. The Films Division, of the Government of India, was one of the world’s largest documentary producers, making several hundred films, which had to be compulsorily screened in India’s movie theatres.

Independent documentary cinema takes off only from the early 1980s. In the 2000s, India has become one of the world’s most vibrant spaces for documentary, and it now includes numerous filmmakers working in forms that move from classical observational documentary to deeply personal, inward-looking films; films that engage in human rights movement, to films that work on the edge of fiction.

In the last five years, such documentary has increasingly worked closely with social media, video art, and in some recent instances reality-television.

The presentation introduced, with several examples, a brief history of Indian documentary and its experimental video. It included clips of films made over the past 40 years, including films by Anand Patwardhan, Deepa Dhanraj, Sanjay Kak, Amar Kanwar, Paromita Vohra, and video experiments by the Raqs Media Collective, CAMP, Ranbir Singh Kaleka, and many others.

Ashish Rajadhyaksha is a Senior Fellow at the Centre for the Study of Culture and Society, Bangalore India. He has published widely on Indian cinema, India’s cultural policy, and on the visual arts, and has curated a number of film and art events, including Bombay/Mumbai 1991­­–2001.