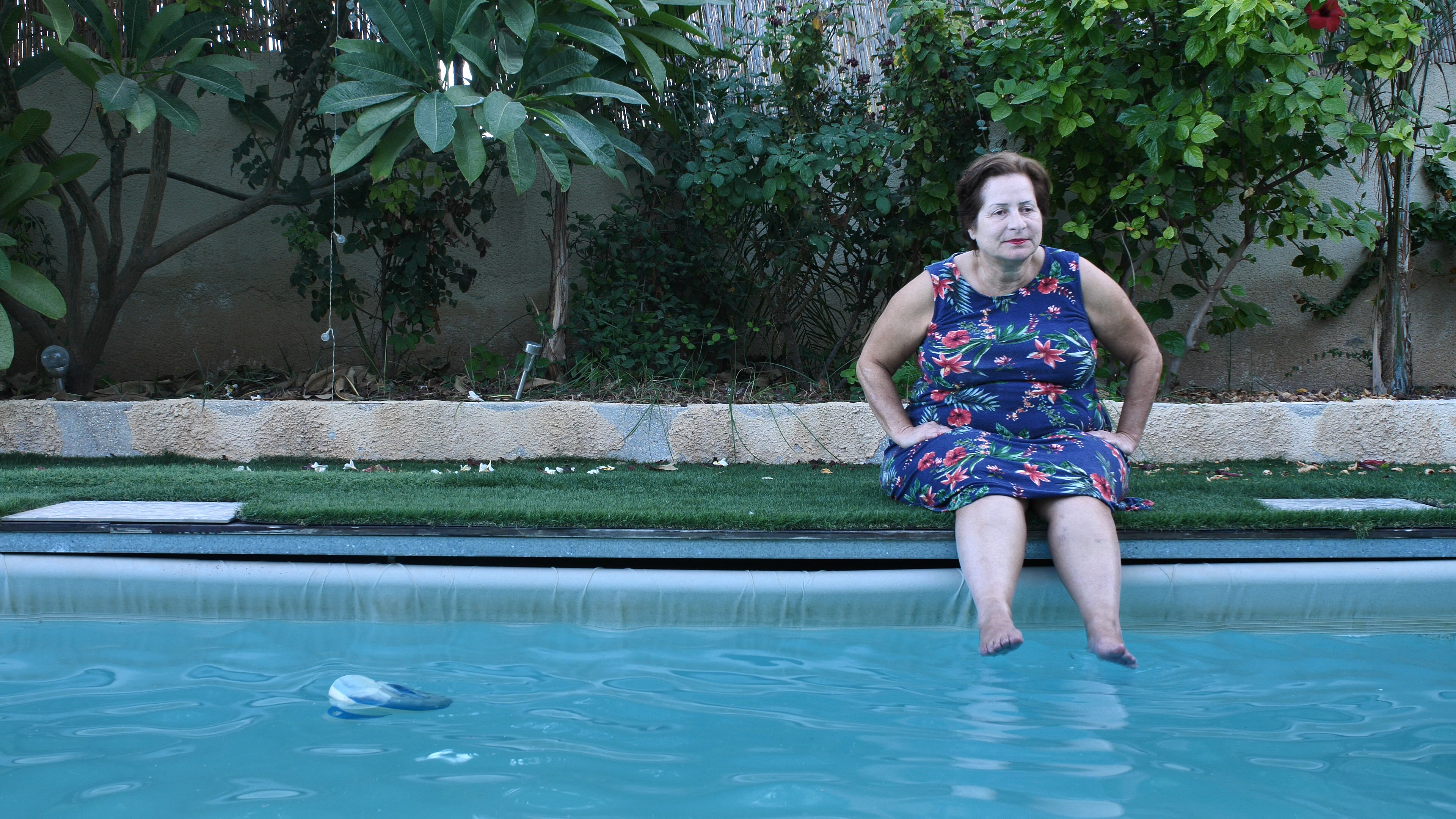 This event marks the Singapore premiere of Shuruq Harb’s “The Jump” which will be screening on loop at The Single Screen from 11 February to 25 March 2020.

Together with Dr Kiven Strohm, we delve into the works of Palestinian artist Shuruq Harb, the recipient of The Han Nefkens Foundation – Fundació Antoni Tàpies Video Art Production Award 2019. In addition to screening her new film The Jump (2020) and her previous film The White Elephant (2018), for which she received the award for best short film at the 2018 Cinéma du Réel Festival in Paris, Harb will discuss how she utilises different principle approaches and material in her work using both found images and making her own. The conversation will revolve around the place of images, their significance, and strategies of voice in relation to their power in the context of social and political communication.

Shuruq Harb (Palestine) is a visual artist and writer based in Ramallah. Her artistic practice focuses on online visual culture and traces subversive routes for the circulation of images and goods. She is co-founder of “ArtTerritories” (2010¬–17), and “The River Has Two Banks” (2012–17), last exhibited at the Asian Art Biennial in Taiwan. Her work has been exhibited internationally at the New Museum, Columbia University, Gwangju Biennial, Istanbul Biennial, Darat al-Funun, Ikon Gallery, among others. Her latest film “The White Elephant” received the award for best short film at Cinéma du Réel Festival in Paris, 2018.

Kiven Strohm (Netherlands/Singapore) is an Assistant Professor of Anthropology at the National University of Singapore and Associate Member of Asian Urbanisms at the Asia Research Institute (ARI, NUS). His research over the last decade has centred on relations of art and politics among the Palestinian indigenous community living in Israel. More recently, he has been exploring the aesthetics of political ecologies in collaboration with El Beir, Arts and Seeds.

Hilde Teerlinck (Belgium/Spain) is CEO, Han Nefkens Foundation. She was coordinator of the Mies van der Rohe, Barcelona (1994–99) where she invited renowned artists such as Jeff Wall, Panamarenko, Ulrich Meister, and Thomas Ruff to create site-specific interventions. In 2002, she was appointed director of the Center Rhénan d’Art Contemporain in Altkirch and from 2006 to 2014 she was the director of the FRAC Nord-Pas-de-Calais. She has curated a large amount of exhibitions worldwide and was part of the curatorial teams for the Beaufort Biennial 2016, Palais de Tokyo at the Lyon Biennale 2015, Play Kortrijk 2018, amongst others.

Image: Shuruq Harb, The Jump (film still), 2020. Courtesy the artist. Produced by The Han Nefkens Foundation, Barcelona with the support of the Fundació Antoni Tàpies, NTU Centre for Contemporary Art Singapore, and other collaborating institutions.