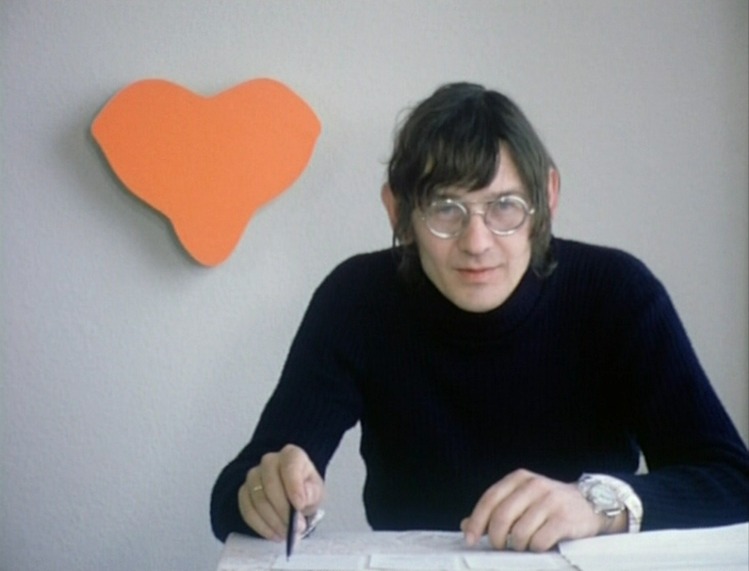 4.45pm
Filmmaker Inge Godelaine (Belgium) will introduce her films and be available for Q&A.

Filmmaker-poet Margaret Tait’s last film Garden Pieces is a triptych of “film-poems” composed around the theme of the garden. Garden Pieces is a vibrant, experimental film that utilises live action shots and hand-painted elements to draw upon the wanderings of daily life and the search for fleeting moments of presence, dropping a myopic intensification of experience in favour of an exuberant engagement with the world.

Margaret Tait (Scotland, 1918–1999) was a Scottish filmmaker and poet who is known for her body of work combining poetry, portraiture, music, ethnography, and animation. Tait made more than 30 films in her life, which have been screened at international film festivals and venues.

The Crown Against Mafavuke is based on a South African trial from 1940. Mafavuke Ngcobo was a traditional herbalist who was accused by the local white medical establishment of “untraditional behaviour.” The film explores the ideological and commercial confrontation between two different yet intertwining medicinal traditions and their uses of plants, with slippages across gender and race that further questions notions of purity and origination. The re-imagined court case is filmed at the Palace of Justice in Pretoria, where the Rivonia trial was held that sent Mandela and his fellow accused to the Robben Island prison.

Uriel Orlow (Switzerland/United Kingdom) is a Swiss artist based in London. Orlow’s practice is research-based, process-oriented, and multi-disciplinary, including film, photography, drawing, and sound. His work is concerned with spatial manifestations of memory, and looks to the botanical world as a stage for politics at large.

Jef Cornelis, Kunst Als Kritiek. Wanneer is Kunst Wel Kritiek? 4. Wanneer de Kunstenaar in alle Ernst Speelt. (Art as Criticism. When is Art Criticism? 4. When the artist is in all seriousness.), 1973, 4 min 47 sec

This film is part of a series of short sketches thematically focusing on the question, “When is Art Criticism?” developed for the BRT (Belgian Radio and Television) broadcast network. For this fourth episode, it proposes an answer: “When the artist is toying around in all seriousness.” It highlights the Belgian artist Jef Geys, whose approach is best described by the phrase “Many a true word is spoken in jest.” In Geys’s statement, framed as a public announcement, the artist uses the programme’s broadcasting time as a publicity stunt, revealing the mechanisms of the medium of television. In a lengthy word of thanks, the extensive media bureaucracy is stripped of its front, mentioning the relative cost of the programme and the broadcasting time.

Part of the BRT television series “Openbaar Kunstbezit” (“Public Art Heritage”). A second version was adapted for the NOS, a Dutch radio and television broadcast network.

Jef Cornelis (Belgium) worked as executor, director, and scriptwriter for the BRT, the Dutch-language Belgian public broadcasting corporation (1963–98), producing an impressive body of work comprising of over 200 titles. Cornelis, as a radical TV director, often served as a provocateur, a cultural critic, and a negotiator of the arts, whose work is generally considered ground breaking, artistically and cultural-historically. His films have been featured in solo exhibitions at many art institutions.

7 x Jef Geysis a documentary film by independent filmmaker Inge Godelaine, who worked for many years with Geys.

The film interviews seven people who each have a different relationship with the artist—Yves Gevaert, Mia Dammen, Hugo Criekemans, Greta Meert, curator Dirk Snauwaert, daughter Nina Geys, and Joris Note—creating a unique portrait of the artist through the people who knew him.

Inge Godelaine travelled to São Paulo 18 years after Jef Geys created his architectural intervention Villa Wintermans for the 1991 São Paulo Biennale. Replicating a Flemish modernist villa of the cigar manufacturer Wintermans from Balen that was later used as a school, Villa Wintermans was one of the most complex public projects Geys completed. In this film, Godelaine searches for the remnants of the Villa which have vanished or rotted away, and interviews some of the schoolchildren then about their experience with the donated building. The documentary is an echo of a forgotten artistic deed, and the eventual disappearance of art and architecture.

Inge Godelaine (Belgium) is an independent filmmaker who worked for many years with Jef Geys on his projects, and realised a number of reports and documentaries on the artist. Apart from artist portraits or narrative films about art, she also produces short animated films in which she uses the moving image as if it were pencil and paper. In her oeuvre, Godelaine works with various mediums and disciplines in order to translate her stories through images, unfolding a visual language that is sometimes cryptic, ironic or humorous.