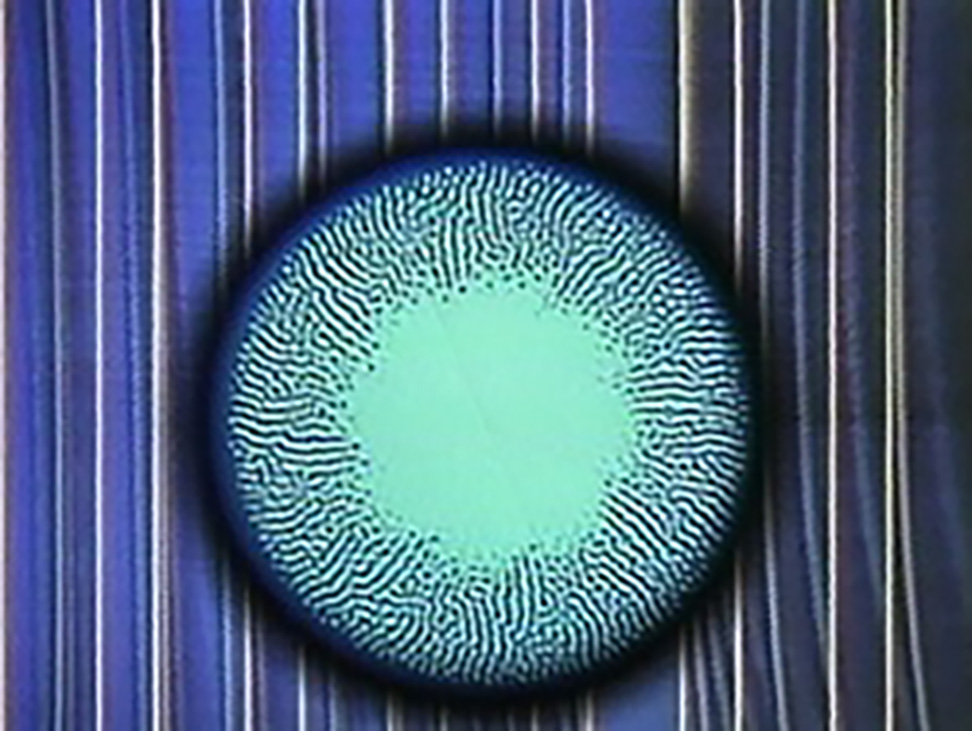 This is a series of four short computer-animated works, in which the image of an orb is transformed into a pulsating, energetic evocation of life forces.

Stan VanDerBeek(United States) was an American experimental filmmaker who was always at the forefront of technology. He began making experimental films in 1955 and working with computers in 1965, when he produced multimedia pieces and computer animation in collaboration with Bell Labs. In the 1970s, he constructed “Movie-Drome,” an immersive audio-visual laboratory for a new kind of cinema-stage. His multimedia experiments in “expanded cinema” included movie murals, projection systems, planetarium events, and explored early computer graphics and image-processing systems.Vanderbeek was also intimately involved with the artists and art movements of his time, merging art with technology and dance with films.