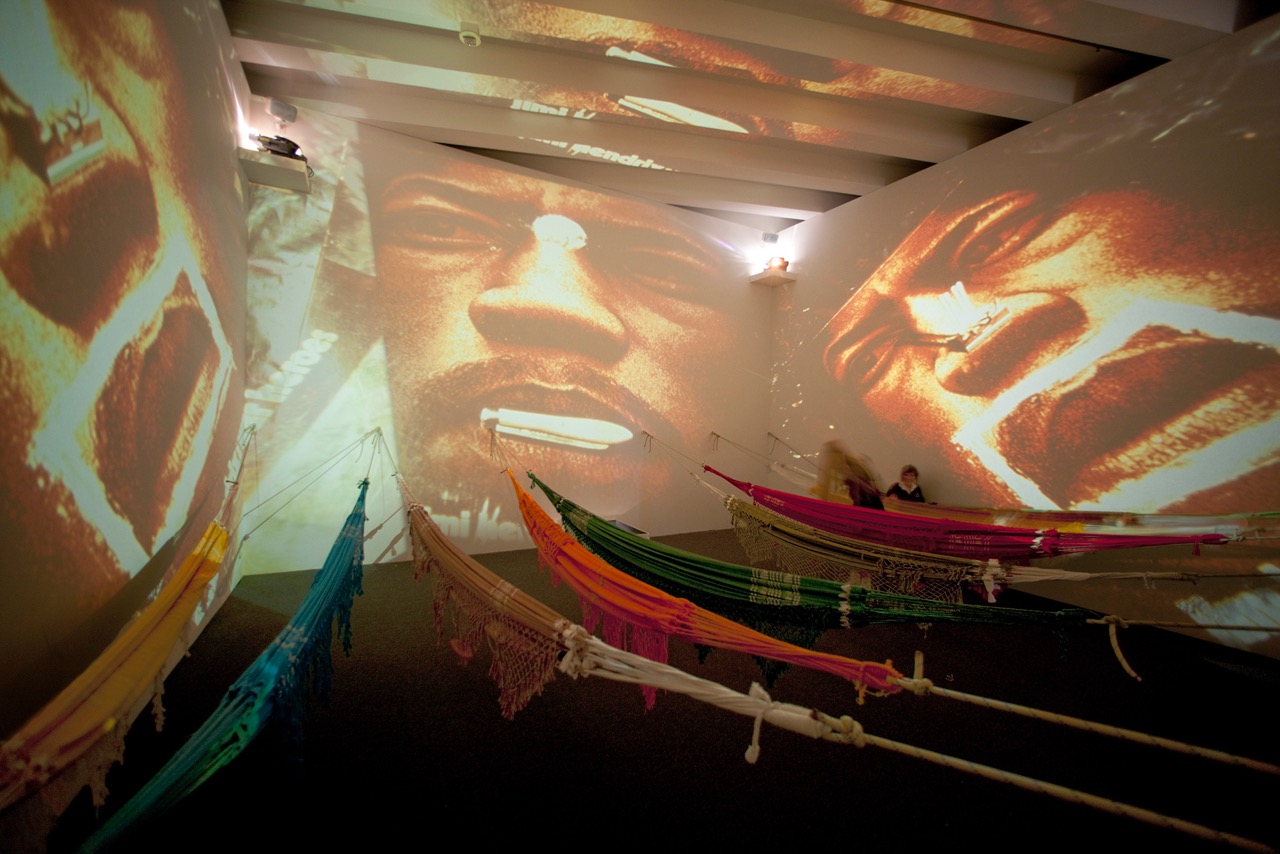 When Sheldon Renan and Gene Youngblood at the end oft he 1960s coined the term Expanded Cinema, they were interested in a revision of the cinematic conventions. Addressing specifically questions concerning the spaces of film (the imaginary spaces, the depicted spaces, as well as the architectural environments) made clear what kind of impact the cinematic apparatus had on our ways of watching films. Artists and critics began to critically approach the environment and technology of the filmic experience and ask how this assemblage was influencing our perception and our ways of thinking.

The screening and workshop Expanding Cinematic Spaces by Visiting Research Fellow Marc Glöde will take a closer look at this development – its historic implications as well as its relevance for today. It will combine some outstanding artistic film works with remarkable examples that offered different spatial experiences.

Marc Glöde is an independent curator, critic and film scholar. He studied film studies, comparative literature and Dutch philology at the Free University in Berlin where he also received his PhD. Dr Glöde has curated numerous exhibitions and film programmes since the mid-1990s, and was the curator of Art Basel Film (2008-2014), and the curator/senior advisor of the abc Berlin (2010-2012). Previously, he was an Assistant Professor in the Department for Architecture at the ETH Zürich as well as a research fellow at the Heinrich-Heine-University, Düsseldorf. Dr Glöde is currently a Visiting Research Fellow at NTU Centre for Contemporary Art Singapore.