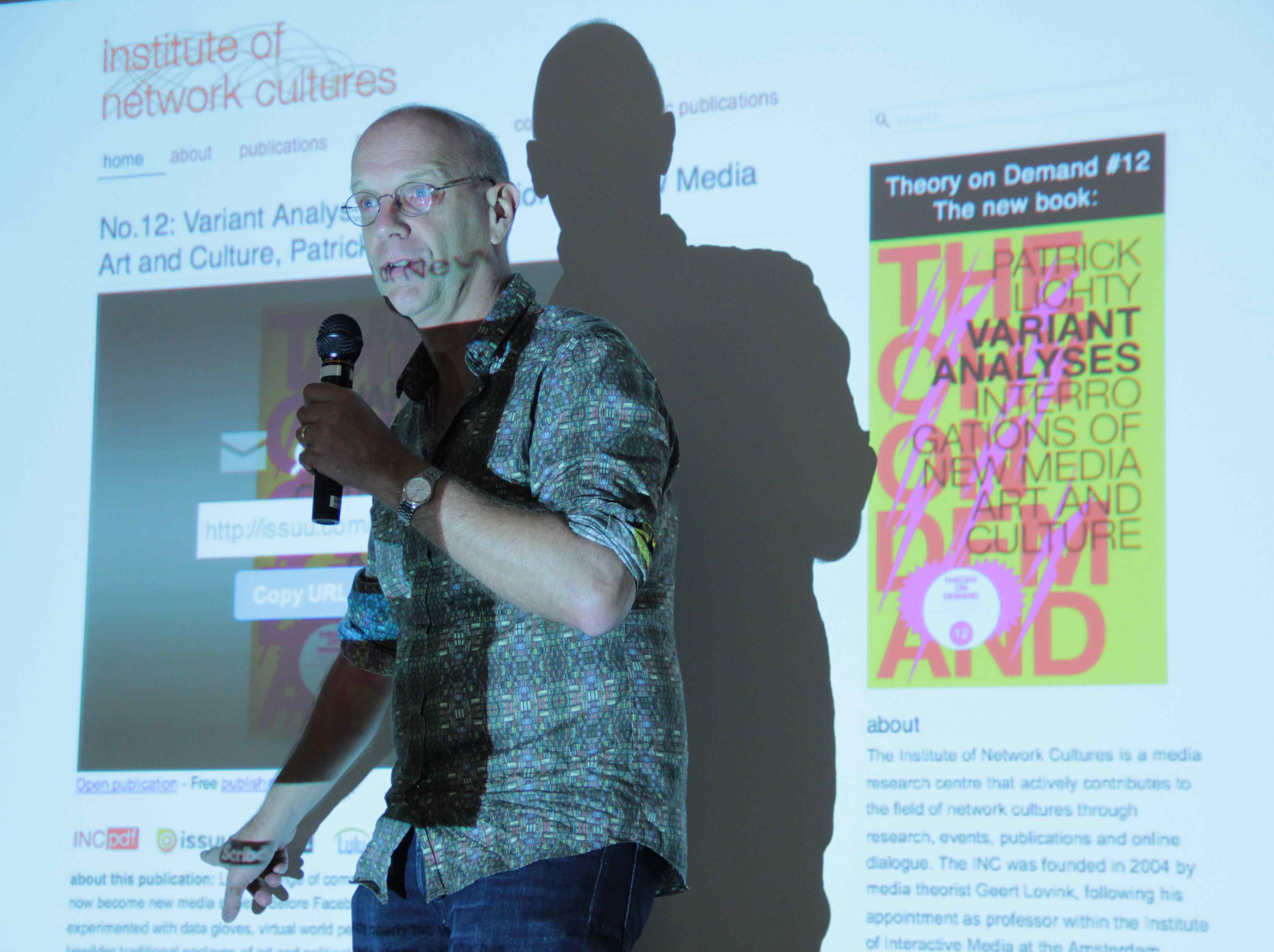 A talk by Geert Lovink followed by a conversation with Lee Weng Choy and the launch of of a new issue of Article: the Singapore Biennale Review 2013 (publication of the International Association of Art Critics, AICA Singapore)

Geert Lovink is a media theorist, internet critic and author of Zero Comments (2007) and Networks Without a Cause (2012). Since 2004 he has been a researcher in the School for Communication and Media Design at the Amsterdam University of Applied Sciences (HvA) where he is the Founding Director of the Institute of Network Cultures. From 2004–2013 he taught in the New Media Master’s Programme at Mediastudies, University of Amsterdam, and is currently a Media Theory Professor at the European Graduate School (Saas-Fee) and Associated Member of the Centre for Digital Cultures at the Leuphana