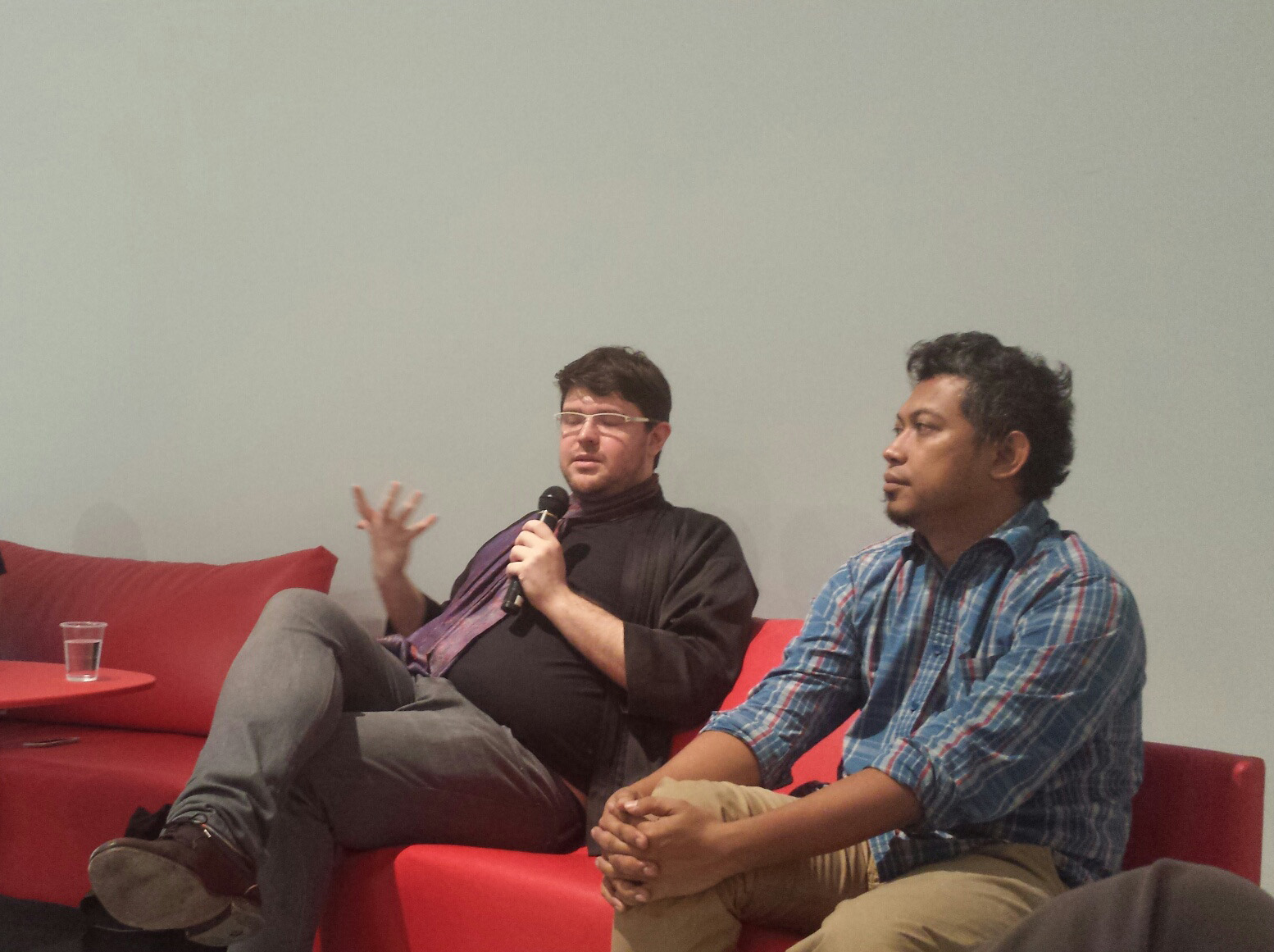 A panel of presentations by Ute Meta Bauer, Lee Weng Choy and Anca Rujoiu that gives an overview of the curators’ previous projects and areas of interest.

A paired presentation with Cosmin Costinas and Ade Darmawan on the local specificities and challenges in working in the wider region.

Ade Darmawan lives and works in Jakarta as an artist, curator and Director of ruangrupa. Established in 2000, ruangrupa is an artists’ initiative that focuses on visual arts and its social cultural contexts and its urban environments. As an artist and curator, Darmawan participated in many art projects and exhibitions in Indonesia and internationally. With ruangrupa as a collaborative platform, he has also participated in the Gwangju Biennale 2002, the Istanbul Biennale 2005, and the Asia Pacific Triennial 2012. From 2006-2009 he was a member of the Jakarta Arts Council, and in 2009 he became the artistic director of the Jakarta Biennale XIII-ARENA and was recently the executive director of Jakarta Biennale 2013.

Cosmin Costinas lives and works in Hong Kong as the Executive Director and Curator of Para/Site Art Space. He was the Curator of BAK, basis voor actuele kunst, Utrecht, Netherlands (2008-2011), co-curator (with Ekaterina Degot and David Riff) of the 1st Ural Industrial Biennial: Shockworkers of the Mobile Image, Ekaterinburg, 2010, and editor of documenta 12 Magazines, Kassel/Vienna (2005–2007). He co-authored the novel Philip (2007) and has contributed his writing to numerous magazines, books, and exhibition catalogs across the world. Cosmin has taught and lectured at different universities and art academies in Europe and Asia.