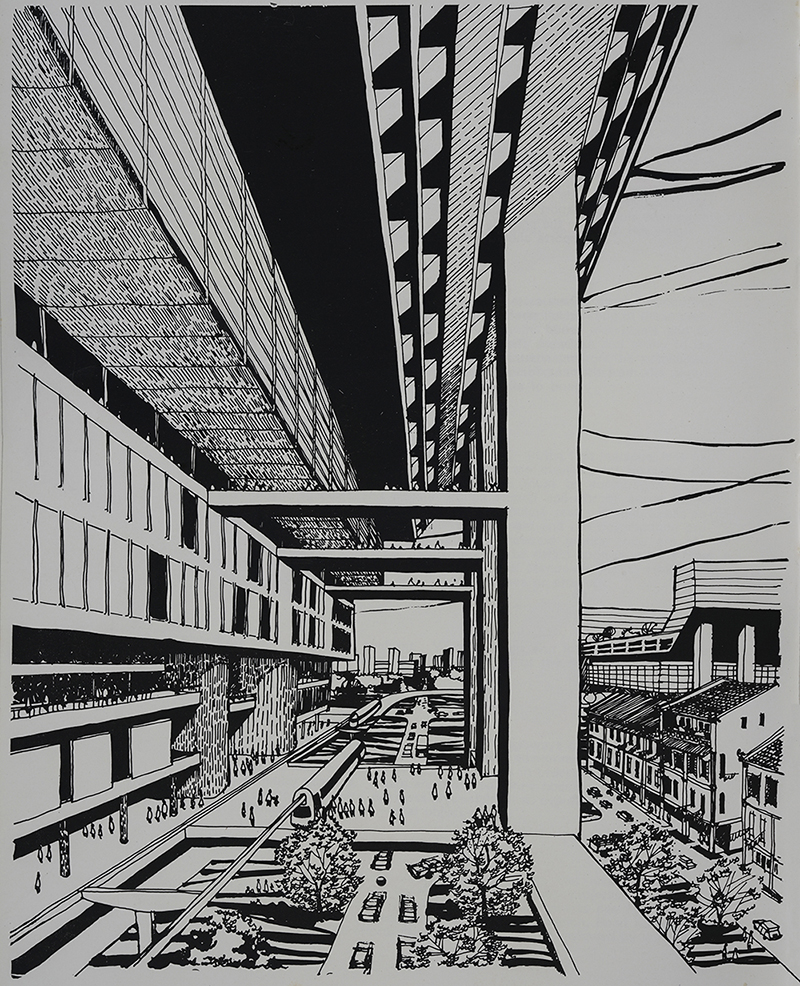 In conversations takes as its point of departure, similar to the exhibition Incomplete Urbanism, William Lim’s latest collaborative model, the Asian Urban Lab. Together with the exhibition’s main contributors, Professor Ute Meta Bauer, Founding Director, NTU CCA Singapore will discuss the various key ideas extended and responded by these contributors which look into spatial and cultural aspects of city life. Comparing the city to a laboratory, the conversation will address how urbanity is engineered, claimed, sensed and sensitised; and look into ways for imagining future habitats.

Dr Marc Glöde is a curator, critic and film scholar. His work focuses on the relation of images, technology, space, and the body, as well as the dynamics between fields such as art/architecture, art/film, and film/architecture. He received his PhD at the FU Berlin, taught at the Academy of Fine Arts in Dresden, The Free University of Berlin, and as Assistant Professor at the ETH Zürich. From 2008 until 2014, he was curator of Art Film, Art Basel's film programme. Most recently, he published his book Farbige Lichträume, 2014. His writing has been published in Fantom, Osmos, Texte zur Kunst, Parkett, Art in America and X-TRA Magazine, among others.

He is currently a Visiting Scholar at the School of Art, Design, and Media, at Nanyang Technological University (NTU ADM), Singapore.

With 15 years of experience in the field of design both as a creative director and an architectural designer, Laura Miotto has worked on the creation of a multitude of permanent and temporary exhibitions. Miotto's focus has mainly been on heritage interpretation and design strategies that involve the sensorial experience in the context of museums, thematic galleries and public spaces. Inspired by local cultures and multidisciplinary collaborations she created innovative concepts and designed spaces that engage with visitors. Among her projects, the Living Galleries at the National Museum of Singapore were awarded the Design Exchange Award in Canada in 2007 and Quest for Immortality: The World of Ancient Egypt was awarded Design of the Year 2010 in Singapore (President Design Award). Laura is currently the Design Director of Gsmprjct in Singapore, an international firm specialized in experience and exhibition design originated in Montréal, Canada.

Sissel Tolaas is a smell researcher and artist. Since 1990, her work has been concentrated on the research topics of SMELL / SMELL & LANGUAGE – COMMUNICATION, within the realms of sciences, art & design and other disciplines. In 2004, with support from the International Flavors & Frangrances Inc. (IFF), Tolaas established the SMELL RE_searchLab Berlin and in 2010, she founded the Institute of Functional Smells. Her research has won recognition through numerous national and international scholarships, honours and prizes. Tolaas is a founding member of the International Sleep Science and Technology Association, China/United States/Africa/Europe, as well as a founding member of FUTURE OF EDUCATION, in collaboration with the Hong Kong Polytechnic University and Future Education Platform, Berlin Palo Alto. Her projects and research have been presented in several institutions such as: Museum of Modern Art (MOMA) New York and San Francisco, United States; Fondation Cartier, Paris; Tate Gallery, Liverpool, United Kingdom; Venice Biennale of Art as well as Architecture; and National Art Museum of China. Tolaas has been doing City SmellScape research of and for 52 cities including Amman, Berlin, Calcutta, Cape Town, Kansas City, London, Mexico City, Nuuk, Oslo, Paris, Shanghai and Stockholm.

Dr Etienne Turpin is a philosopher studying, designing, curating, and writing about complex urban systems, political economies of data and infrastructure, art and visual culture, and Southeast Asian colonial-scientific history. He is a Research Scientist at the MIT Urban Risk Lab and coordinator of their Humanitarian Infrastructures Group; Founding Director of anexact office in Jakarta, Indonesia; and Founding coordinator of the Urban Lab Network Asia. As a member of the SYNAPSE International Curators’ Network of the Haus der Kulturen der Welt in Berlin, he is also co-editor of the intercalations: paginated exhibition series, published as part of Das Anthropozän-Projekt. Dr Turpin has been awarded research fellowships at the SMART Infrastructure Facility and the Australian Center for Cultural Environmental Research, University of Wollongong, and the Center for Southeast Asian Studies, University of Michigan. He has also taught advanced design research at the University of Toronto, the University of Michigan, and the University of California, Berkeley. Dr Turpin is the editor of Architecture in the Anthropocene (Open Humanities Press, 2013) and co-editor of Fantasies of the Library (MIT Press, 2016) Art in the Anthropocene (Open Humanities Press, 2015), and Jakarta: Architecture + Adaptation (Universitas Indonesia Press, 2013).