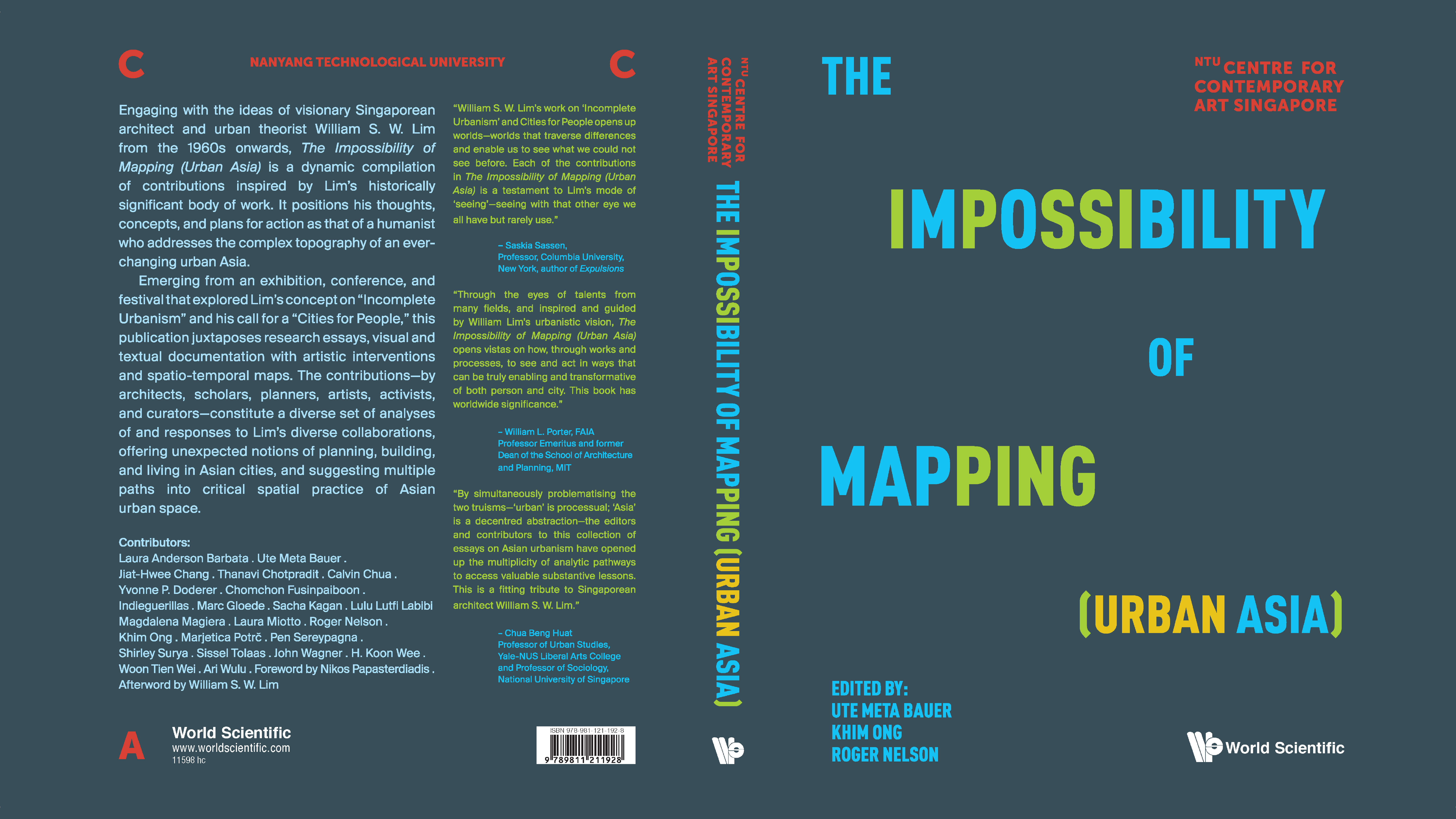 *Due to overwhelming response, registration for this event is now closed. We thank everyone for your support and look forward to seeing you at our other public programmes.

Emerging from an exhibition, conference, and festival that explored architect and urban theorist William S. W. Lim’s concept on “Incomplete Urbanism” and his call for “Cities for People,” this publication juxtaposes research essays, visual and textual documentation with artistic interventions and spatio-temporal maps. Organised into three chapters—“The City as Living Room,” “The City as Multiple,” and “The City as Stage,” the contributions—by architects, scholars, planners, artists, activists, and curators—constitute a diverse set of analyses. Unexpected notions of planning, building, and living in Asian cities, suggest multiple paths into critical spatial practice of Asian urban space. The volume positions Lim’s thoughts, concepts, and plans for action as that of a humanist who addresses the complex topography of an ever-changing urban Asia.