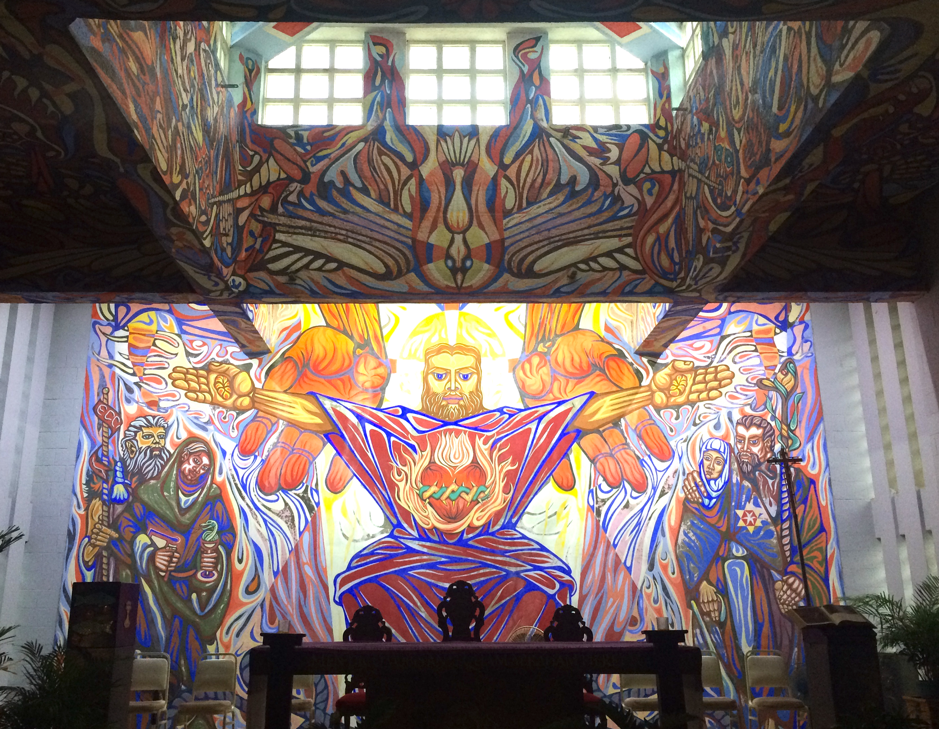 In this talk, collaborating artists Amy Lien and Enzo Camacho present their initial research on the Filipino-American modernist painter, Alfonso Ossorio (1916–1990), focusing on his 1950 mural, commonly called the Angry Christ. Born in the Philippines, Ossorio lived mostly in New York, where he became close to Jackson Pollock and other artists associated with Abstract Expressionism. Ossorio described his mural as an “animated space,” with “as rich an iconography for those who knew and for those who didn’t know… The mural comes to life.” For Lien and Camacho, Ossorio’s mural is a “multivalent cipher,” linked not only to its religious function but also to its economic and environmental context, being located in the province of Negros Occidental, the “sugar bowl of the Philippines,” which produces over half of the nation’s sugar. Lien and Camacho question whether the Angry Christ can be “radically reprogrammed” from the specific and highly-privileged subjectivity of Ossorio, its maker, and the Ossorio family’s sugar dynasty, its commissioning patron.

Introduced and moderated by Dr Roger Nelson (Australia/Singapore), an art historian and curator specialising in modern and contemporary art in Southeast Asia, and currently Postdoctoral Fellow at NTU Centre for Contemporary Art Singapore and the School of Art, Design and Media, Nanyang Technological University, Singapore.

A public programme of And in the Chapel and in the Temples: research in progress by Buddhist Archive of Photography and Amy Lien and Enzo Camacho.