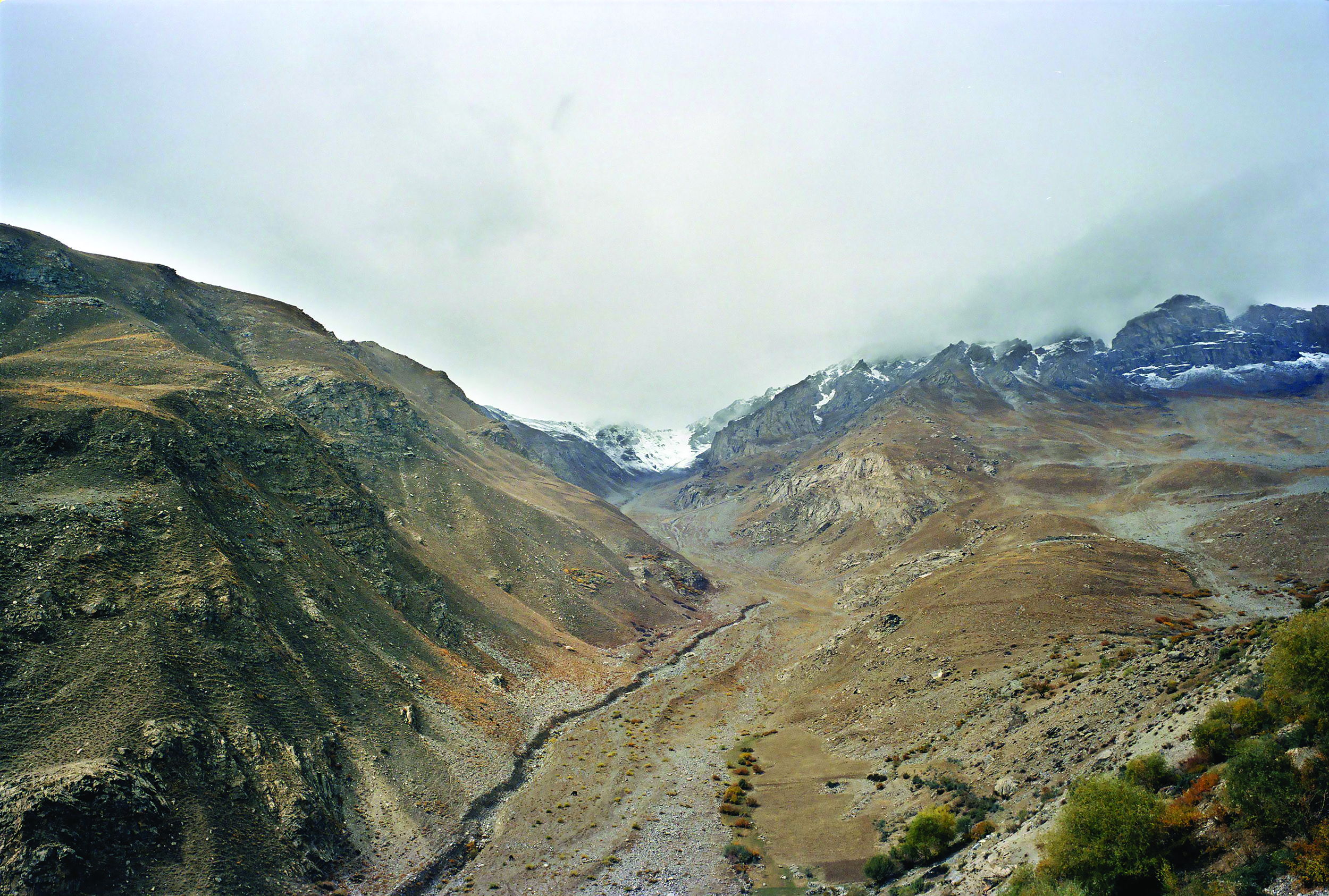 Avalanche is an audio-visual environment and installation that documents the life in Hichigh, one of the highest inhabited villages in the Pamirs, a region in Central Asia known as the “roof of the world.” Working from the starting point of the local cosmogony, traditions, and its music, Avalanche is a multiformat work and expanded ethnographic research based on the human ecology and richness of the region. One of the most remote regions of the planet, the Pamirs are as mysterious as fascinating, home of some of the most rich and archaic traditions, considered the nest and origin of most of the monotheistic beliefs, and the perfect site for understanding our spiritual journey as humans. Avalanche is also a study on cinematic time and the human ecology of isolated communities. A meditation about the unstoppable “avalanche” of civilisation, about the elusiveness of time and the dusk of a village and endurance and resilience of its inhabitants and traditions.

Avalanche is a long-term commitment and Singapore’s iteration is developed site-specifically for the Centre and presented as a live-editing and live-soundtrack environment, featuring special collaborations with Phill Niblock and musicians from Singapore.

Carlos Casas (Spain/France) works with film and the sonic. His last three films have been awarded in festivals around the world including Torino, Madrid, Buenos Aires, and Mexico City. He has recently concluded a trilogy of films, END, dedicated to the most extreme environments on the planet: Patagonia, Aral Sea, and Siberia. Avalanche is a lifelong project and site-specific film based on one of the highest inhabited villages in the Pamirs, a mountain range in Central Asia. His films have been shown in festivals such as the Venice Film Festival; Rotterdam Film Festival; FID Marseille; BAFICI Buenos Aires; Jeonju International Film Festival, South Korea; Documenta Madrid; FICCO Mexico; and others. His works have been presented at institutions including Tate Modern, London; Palais de Tokyo, Paris; Hangar Bicocca, Milan; Bozar Bruxelles; Oi Futuro, Rio de Janeiro; MIS São Paulo; Centre Pompidou and Fondation Cartier, Paris; Centre Cultura Contemporanea, Barcelona; MALBA, Buenos Aires; and GAM, Torino. He was Creative Director of Colors Music and Films from 2005–08 where he developed audio-visual projects and music research in various regions around the world. He is Co-founder of Map Productions and the visual sound label Von Archives. Casas is Visiting Professor at Dartmouth College, United States, and ECAM, the Madrid film school. He was an NTU CCA Singapore Artist-in-Residence from December 2017 to February 2018.

Brian O’Reilly (United States/Singapore) works within the fields of electro-acoustic composition, sound installations, moving images and noise music. He is also a contrabassist focusing on uncovering the inaudible textures and hidden acoustic microsounds of his instrument through the integration of electronic treatments and extended playing techniques. In addition to his solo performances and works for moving images, he also plays modular analog synthesizer and generates visuals in the duo Black Zenith and contrabass & electronics with the noise-jazz group Game of Patience. Currently, he is a lecturer at LASALLE’s College of the Arts School of Contemporary Music, focusing on electronic music composition, visual music and creative music making techniques through the use of improvisation.