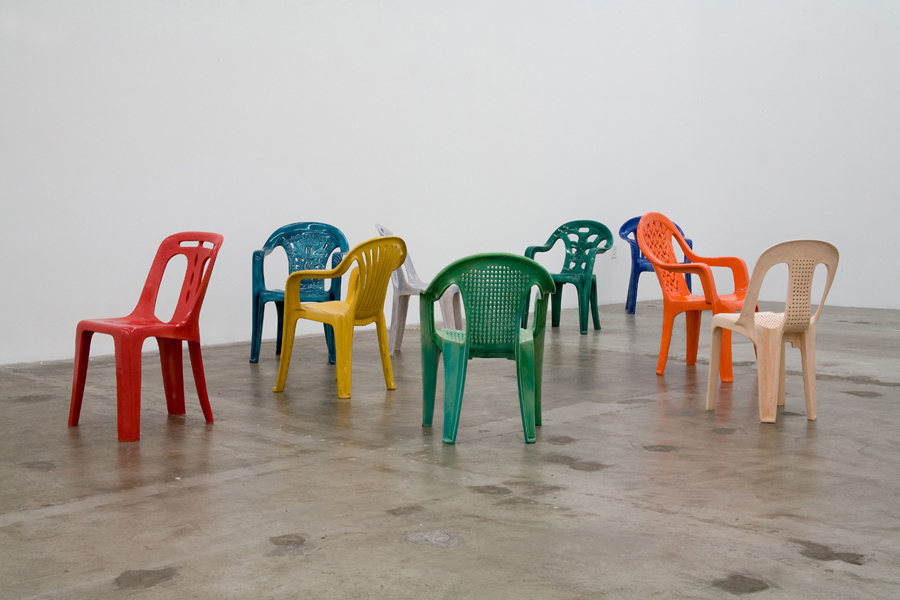 Sam Durant is a multimedia artist whose works engage a variety of social, political, and cultural issues. Often referencing American history, his work explores the varying relationships between culture and politics, engaging subjects as diverse as the civil rights movement, southern rock music, and modernism. His work has been widely exhibited internationally and in the United States. He has had solo museum exhibitions at the Museum of Contemporary Art, Los Angeles, Kunstverein für die Rheinlande und Westfalen, Dusseldorf, S.M.A.K., Ghent, Belgium and the  Govett-Brewster Art Gallery in New Zealand. His work has been included in the Panamá, Sydney, Venice and Whitney Biennales. Durant shows with several galleries including Blum and Poe in Los Angeles, Paula Cooper Gallery in New York, Praz-Delavallade in Paris and Sadie Coles Gallery in London. In 2006 he compiled and edited a comprehensive monograph of Black Panther artist Emory Douglas’ work. His recent curatorial credits include Eat the Market at the Los Angeles County Museum of Art and Black Panther: the Revolutionary Art of Emory Douglas at The Museum of Contemporary Art in Los Angeles and the New Museum in New York. He was a finalist for the 2008 Hugo Boss Prize.