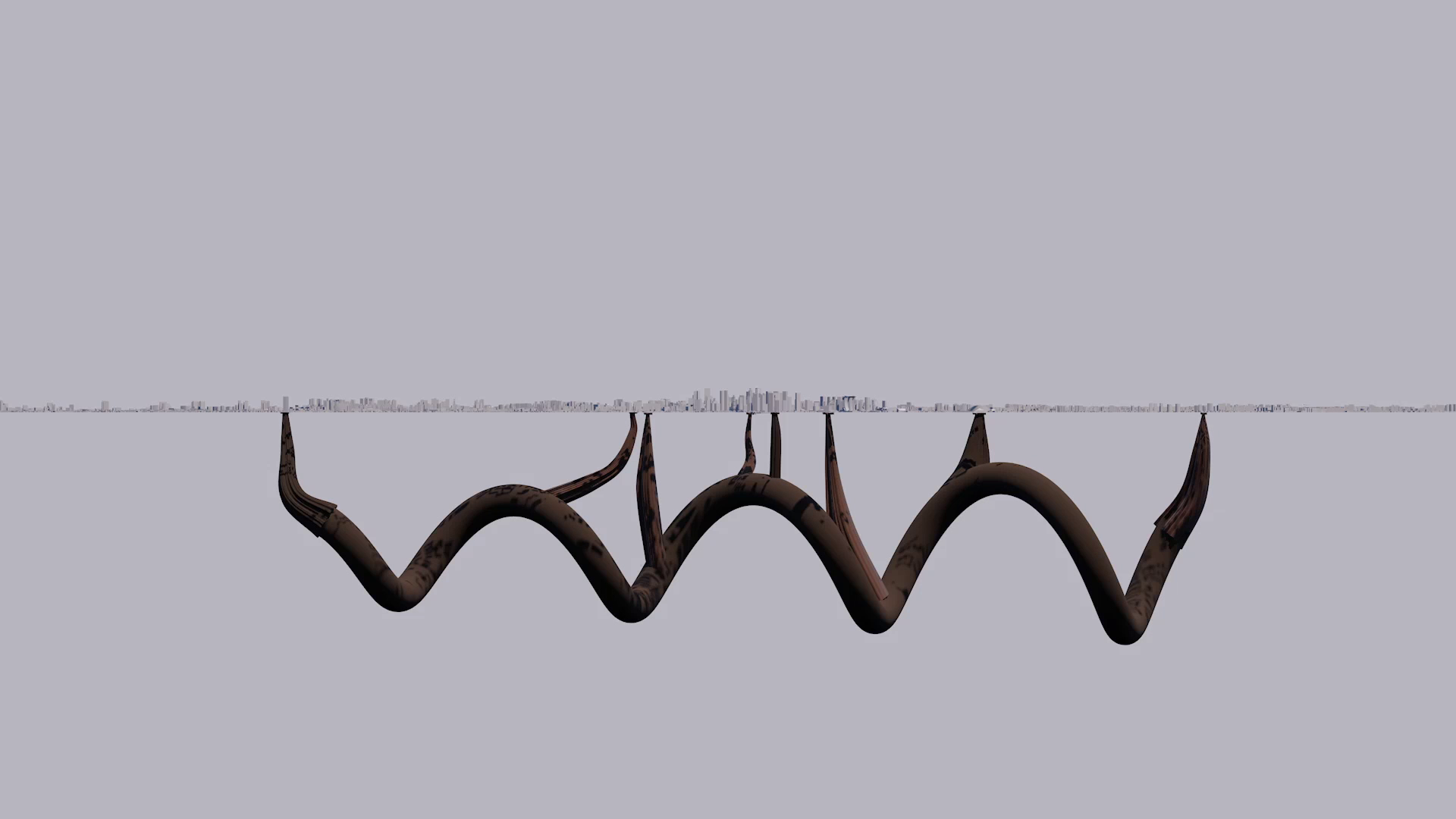 In The Vitrine:
Kin Chui
along waves of gravity –a solidar   y of holes

Envisioned in 1956 by Indonesian artist Iljas Hussein*, along waves of gravity –a solidar   y of holes was to be a monument to the short-lived Principal Liaison Centre (PLC) established in Singapore in 1926. Pivotal in the international surge of anti-colonial struggles, the PLC was a point of liaison between the 3rd International and the region and it was meant to serve as an organ for the amplification of the voices of the marginalised and the oppressed.

At the Asian-African Conference held in Bandung in 1955, Hussein was entrusted with the task of imagining a monument that encapsulated the spirit of the PLC. One year later, he presented the idea for along waves of gravity –a solidar   y of holes: a triangulation of holes strategically placed across the island that would gather and continuously echo the voices uttered into them. Inspired by theories of general relativity and topological properties of continuous deformation, Hussein’s design articulates, spatially as well as acoustically, an anti-monumentalist stance. Rather than asserting an univocal shape, the monument retreats into the ground as a series of interconnected and shapeshifting vessels which reverberate and transform sound waves throughout time. Hussein kept experimenting with these ideas until his death in 1989 but, due to its scale and technical complexity, his visionary project remained unbuilt. The surviving renderings and audio experiments of the unrealised monument are now displayed in The Vitrine.

* Iljas Hussein is a fictional artist conceived by Kin Chui. The name is one of the many aliases used by Tan Malaka (1897 –1949), an influential revolutionary thinker and fighter in the political struggles for Indonesia’s independence. Specifically, this alias was used to pen Malaka’s magnum opus Madilog (1943), the Indonesian acronym for Materialisme Dialektika Logika (Materialism Dialectics Logics).

The artistic practice of KIN CHUI (b. 1984, Singapore) inflects collaborative projects, performative interventions, and socially-oriented art initiatives with a sustained interest in emancipatory struggles. Recently, he had a solo exhibition, Station 13010, at Grey Projects, Singapore (2020) and was involved in group exhibitions such as In A Hard Place, Apply Soft Pressure (2018) and Unsettling Times (2017), both at Cemeti-Institute for Art and Society, Yogyakarta, Indonesia. He curated the exhibition Fantasy Islands, Objectifs, Singapore (2017). Chui is an active member of soft/WALL/studs, a Singapore-based collaborative project involving several artists, writers, film makers, art workers, and researchers. He periodically aspires to be a cat.

He is Artist-in-Residence at NTU CCA Singapore from April until September 2020.